After revolutionizing the world of adult animation with "Rick and Morty," Justin Roiland is taking on the art world 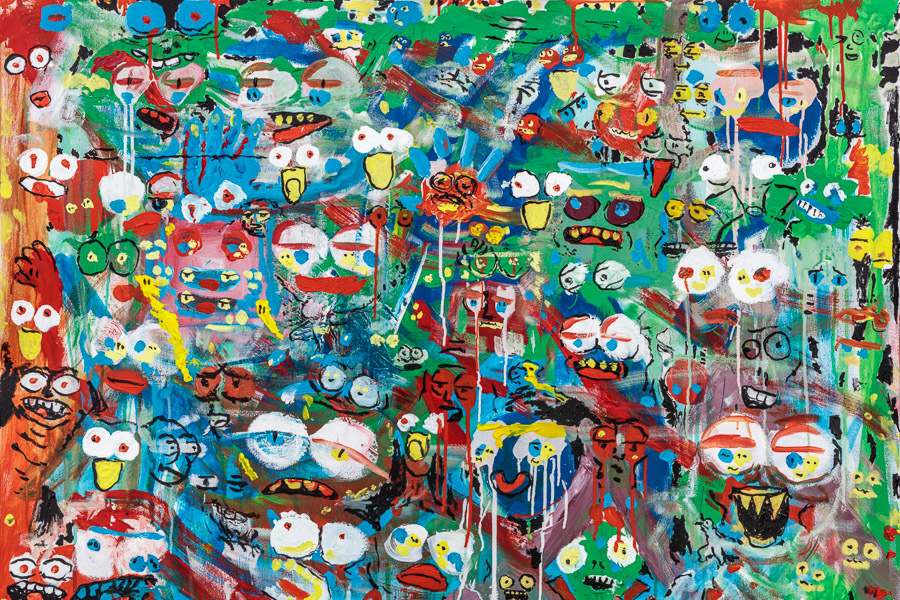 Justin Roiland is best known as the co-creator of the animated series "Rick and Morty," but less so as a talented painter. The American artist's work will come to the auction market for the first time July 21, as part of Sotheby's Contemporary Art Online Sale.

After revolutionizing the world of adult animation with "Rick and Morty," Justin Roiland is taking on the art world. July 21, the American artist will see "mypeoplefriend" go up for auction. This acrylic painting on canvas represents a horde of grotesque characters with bulging eyes and sharp fangs.

While this figurative style is reminiscent of the animated series that made Justin Roiland famous, Sotheby's compares it to "Jean Dubuffet's boisterous compositions from the 1960s." "As his [artwork's] title suggests, Roiland compresses visual information, blurting it out in a single word," reads the artwork's catalog entry. "In this way, his composition becomes a kind of dream world, where there is no respect for visual or spatial logic."


From NFTs to paintings
"mypeoplefriend" is estimated to fetch $15,000 to $20,000. Bids for the piece have already exceeded these amounts, reaching $28,000. And this isn't the first time that art collectors have shown interest in Justin Roiland's creations. In January, the artist raised $1.65 million for the homeless in Los Angeles through the sale of his first NFT collection.

As well as being for a good cause, the initiative also allowed the American artist to "test the boundaries of crypto-art,"  he explains on Twitter. He adds: "What makes something valuable? The art? The artist? The process? The state of mind while created? The intention of the piece?" We may go some way to finding out when bidding on "mypeoplefriend" ends, July 21.

Tweets by @forbes_india
The Olympic Games is an open field, but I am prepared: PV Sindhu
'Kids Do Need Healthy Screen Time'