Co-founders of Epic!, a digital reading platforms for kids, on how they've made the best use of the children's obsession with gadgets 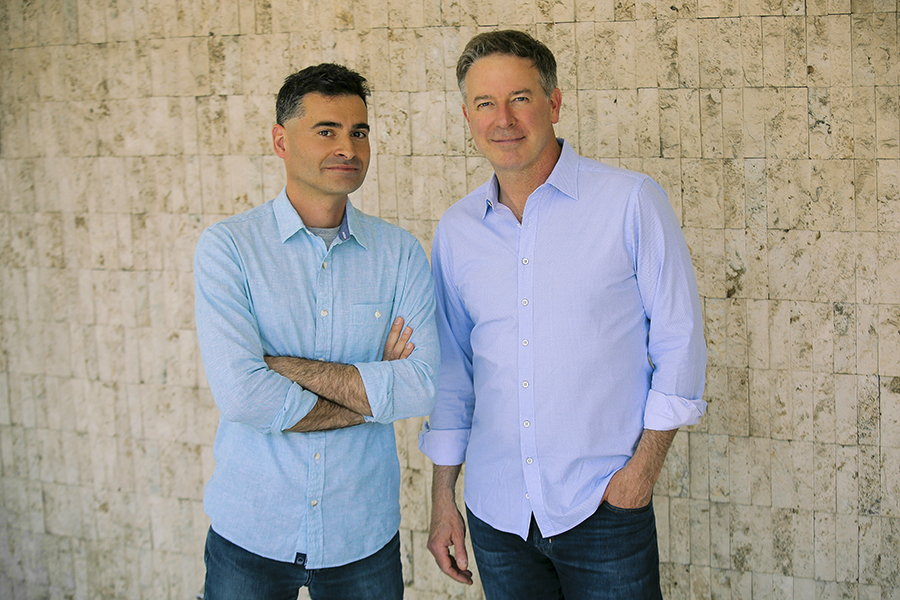 Seven years ago, naysayers reckoned that Suren Markosian and Kevin Donahue were doing an ‘epic’ blunder by starting a digital reading platform for kids under 12 in the US. Reason: Kids were already spending a chunk of their time on online games. ‘Hey, kids don't need more screen time’ was the taunt. “Well, they do need healthy screen time’, was how the co-founders took on the critics by rolling out Epic!. Started in 2014, Epic! boasts of a collection of over 40,000 books, audiobooks and videos for kids under 12. “I’m very happy that we've proven that screen time can be good for children,” says Kevin Donahue in an exclusive interview to Forbes India. Excerpts: What was the trigger to start Epic!?Suren Markosian: Our vision was to remove all kinds of barriers between a child and a book. We wanted to create a place where we can reach any child with a book. What it meant for kids was a place where they could enjoy reading, they could keep navigating and find content they would like to read through the use of technology.The tailwind of the pandemic helped you scale at a faster clip…SM: While we grew rapidly over the years, in the last year it accelerated. Now we are in almost every school in the US; we have 2 million teachers, and 50 million children on the platform. And they have read over a billion books just in the last year alone. That number keeps on growing and accelerating and we became the leading digital reading platform. While our own market is in the US, we have always had global ambitions because kids are everywhere. And we want to reach as many kids as possible. So we're always looking at expanding beyond North America. What made you sell out to Byju’s?SM: We started to look at the next phase of growth for the company. While we were talking to Byju’s about a partnership, we realised we have the same vision, and share a common belief of using technology to improve education. It felt like a great natural fit. Take, for instance, we speak the same language, we have the same mission, and we have the same passion. Now we can accelerate our mission, and reach out to a lot more kids much faster than we could do it ourselves. This is how it all came together. Kevin Donahue: We are very complimentary in terms of the products and geographies, and there’s a great cultural fit as well. It really makes sense to pursue a more accelerated global vision with Byju’s. Reading is really a cornerstone for learning. And once a child can read and learn, they can learn virtually anything. It's a very powerful idea when you think about it. When you started in 2014, were there takers for your offering?KD: Back then, we really wondered why nobody had gone after visual reading as a goal. When we were raising money, we were telling to our investors that we're going to change the way digital reading works for kids. All parents want kids to read more, so it just made so much sense. And it was amazing that it hadn't happened yet. Over the last few years, we have been approached a few times by some pretty well-known players. We started to show some incredible growth even a few years ago and had a unique model, especially with the penetration across schools. So there was interest, but we didn't really try to encourage that. We've never really been out there trying to encourage an acquisition.We always said to each other that we would find an exit for the company at some point, but only if it made sense. We didn't want to ruin this great thing and sell out to a situation where we didn't think that the mission can be continued. How did you make kids read books? Aren’t most of them hooked to games on mobile?KD: It's so interesting. I mean, where do kids live these days? They live on digital devices. We were trying to ride the trend, which was inevitable—more time on screens. When we started, we had a lot of pushback. People would occasionally say to us, ‘Hey, kids don't need more screen time.’ And we said, ‘Well, this is healthy screen time. This is reading.’ This is how we planned to get kids engaged. I'm very happy that we've proven that screen time can be good for children. They will read more if you give them an opportunity. Videos on YouTube and games were just a tap away for children, but reading books somehow had been kept at a distance. And that's the opposite of what adults wanted for children. It was quite ironic that they were making books so difficult for children to access. Adults have been these intermediaries between children and books for years. What Epic! does so revolutionary is that it puts kids in front of over 40,000 books, allows them to choose the ones they want, and lets them roam freely. They don't have to ask their parents if they can buy each individual book. And as they choose books to consume, we can recommend others, but they could go anywhere within the environment and be safe and find a great book.