Mukesh Ambani's Jio swept up the lion's share, as the market leader bid Rs 881 billion for more than a third of the available spectrum, while rival Bharti Airtel, led by Sunil Mittal, bid Rs 431 billion for just over a quarter of the spectrum 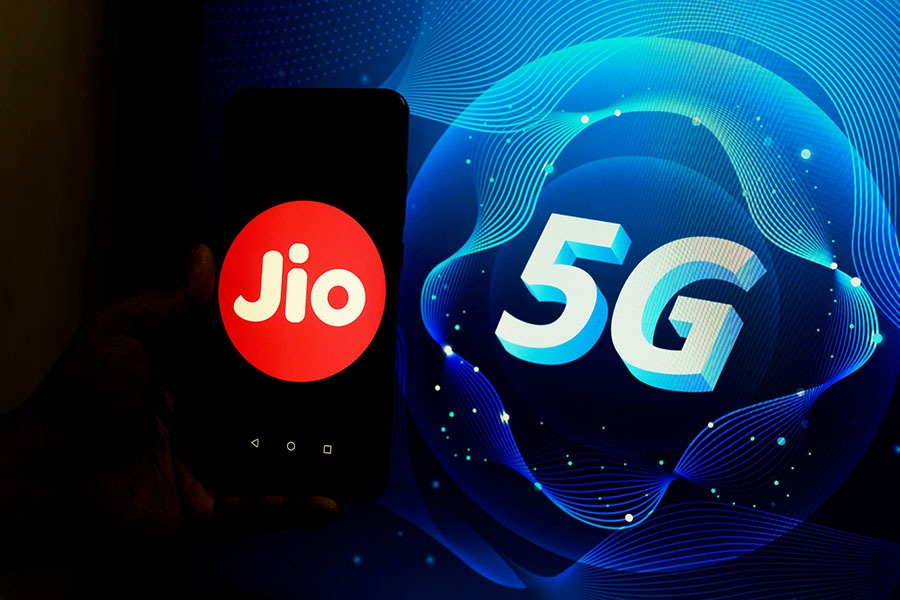 Asia's richest men made multi-billion-dollar bets on the future of Indian telecommunications in the country's 5G auction Monday, but nearly 30 percent of the available spectrum went unsold.
Narendra Modi's government plans to roll out 5G networks offering up to 10 times the speed of 4G to its 1.4 billion population before the end of the year.
But despite being home to several fast-growing tech giants India is late to the 5G game, with analysts saying authorities held off auctioning the spectrum in the hope of raising more revenue.
Four companies bid a total of Rs 1.5 trillion ($19 billion) for 20-year 5G licences.

But only 71 percent of the 72 GHz of available airwaves were bid for during the seven-day auction, telecom minister Ashwini Vaishnaw told reporters in New Delhi.
Much of it was sold for the minimum price, the daily auction reports from the telecommunications department have shown.
Mukesh Ambani's Jio swept up the lion's share, as the market leader bid Rs 881 billion for more than a third of the available spectrum, the company said.
"Jio is set to lead India's march into the 5G era," chairman Akash Ambani said in a statement, promising "services, platforms and solutions that will accelerate India’s digital revolution."
Rival Bharti Airtel, led by Sunil Mittal, bid Rs 431 billion for just over a quarter of the spectrum.
Airtel and British telecoms giant Vodafone's local unit Vi have been locked in fierce competition with Ambani's Jio since the latter kicked off a price war in 2016 by offering dirt-cheap internet and free calls.
Debt-laden Vi—formerly Vodafone Idea—which is also backed by Indian billionaire KM Birla's Aditya Birla Group, picked up nearly nine percent of the bands.
And Gautam Adani, who competes with Ambani for the title of Asia's richest person, marked his entry into telecoms by bidding for just over 0.5 percent.
Earlier this month, Adani said the conglomerate does not plan to use the airwaves to compete in the consumer mobility space.
Instead it was looking to "provide private network solutions along with enhanced cyber security in the airport, ports and logistics, power" and manufacturing sectors, the company said in a statement.
India is home to the second-highest number of smartphone users after China.
Its smartphone market grew 27 percent year-on-year in 2021, according to Counterpoint, with annual sales exceeding 169 million units.
India's long-delayed 5G push comes as the world's sixth-largest economy tries to bridge a technology gap with rivals such as South Korea, China and the United States.
Shares in Airtel and Vi closed 2.40 and 3.99 percent higher in Mumbai on Monday, ahead of the final auction results.
Jio's parent Reliance Industries closed 2.64 percent higher.
© Agence France-Presse