Man, woman or X: US rolls out gender-neutral passports

The option to receive a passport with an "X" gender designation, which was made available Monday by US President Joe Biden's administration, was hailed as a blessing for an estimated 1.2 million Americans whose gender identity falls outside the categories of man or woman 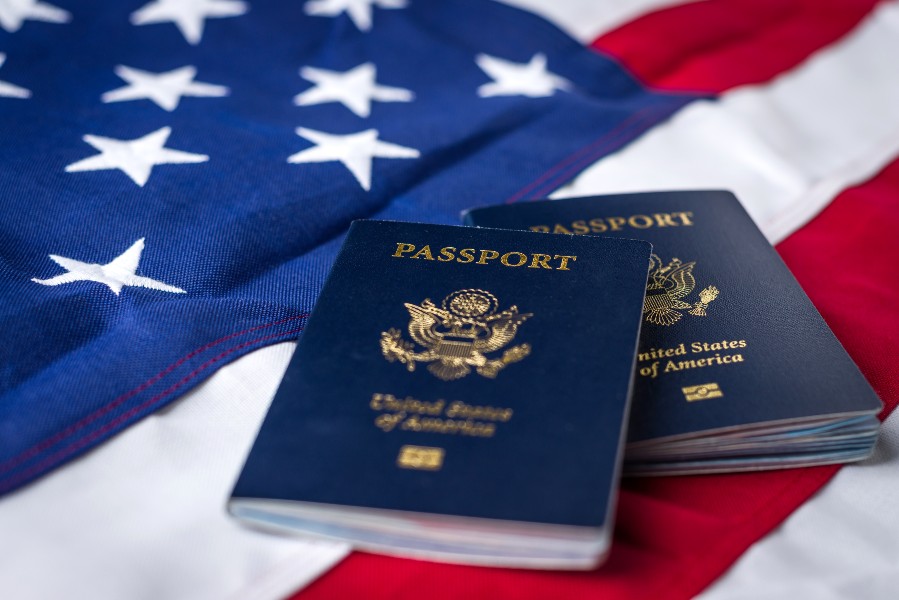 Alexandria, United States: It's just a small box to tick on an application form, but a huge breakthrough for D. Ojeda, a non-binary person who on Monday became one of the first Americans to apply for a gender-neutral passport."Even with my family, they still don't get it," said Ojeda, a 34-year-old activist who goes by D. and uses the pronouns "they, them." "So at least I have the government to say who I am as a person."
The option to receive a passport with an "X" gender designation, which was made available Monday by US President Joe Biden's administration, was hailed as a blessing for an estimated 1.2 million Americans whose gender identity falls outside the categories of man or woman.
It came at a time when Republican lawmakers across the country have been passing legislation that critics say curtails LGBTQ rights and was likely to further fuel tensions around gender issues in a deeply divided nation.

At their home in the Washington suburb of Alexandria, Ojeda began to fill out the long online passport application form, putting down their first and last name, then choosing from three options for gender: M for male, F for female and X for people who don't identify as either. They chose the latter.
They also ticked the box for "gender change," to reflect the difference from their previous passport, which identified them as female. They didn't have to provide any medical documentation for the change.
"I think that's incredible," said Ojeda, who works as an organizer at the National Center for Transgender Equality (NCTE) and holds a doctorate degree in psychology.
"What makes it difficult for trans people is just how hard it is to get anything changed," such as legal documentation, said Ojeda.
When Ojeda and their NCTE colleagues learned of the new passport option, they "started crying at each other," Ojeda added, seated at their desk in a blue sweater, with a thin beard and with their hair pulled back.

The State Department announced in October that it had issued the first American passport with the X designation for gender after a long legal battle waged by a person from Colorado who is intersex.
But it was only on March 31, the International Day of Transgender Visibility, that the State Department announced it was extending that right to all Americans, as well as adopting other measures on the federal level meant to simplify administrative hurdles for transgender and non-binary people.
A few other countries have similar policies. Australia began issuing X-gender passports in 2011, with New Zealand, Canada, Germany and Argentina joining the roster since then, as well as, Pakistan and Nepal.
Ojeda already boasts a driver's license from their home state of Virginia, where their gender is marked as X. Ojeda said the procedure was simple: they received an appointment, filled out the application and the X box was already there.
"I was really happy about that because it was the first time I see myself and I in an identification form," Ojeda said.
Things, however, get more complicated with travel. Ojeda says they are often called "Ma'am," which is upsetting.
Born in Peru, Ojeda cannot wait to visit their relatives there, now that they have a new passport, which is required for international travel.
Though they are still struggling to get their family to accept them.
"You know, they don't say the name that I want," said Ojeda, who was given a different first name at birth.
"When I pretended to be a woman, and I tried really hard, there was something that always bothered me," said Ojeda.
Now, they added, "I can turn around and say, 'well in my ID the government sees me as who I am, and maybe you need to start seeing me as who I am.'"
"It feels like the world is safer."
By Ulysse BELLIER
© Agence France-Presse

Tweets by @forbesindia
New stage of terror? Ukraine braces for likely chemical attack in Mariupol
Little progress in wooing India away from neutral Russia stance: US