Dr Trinetra Haldar Gummaraju: Empowering others to own their story 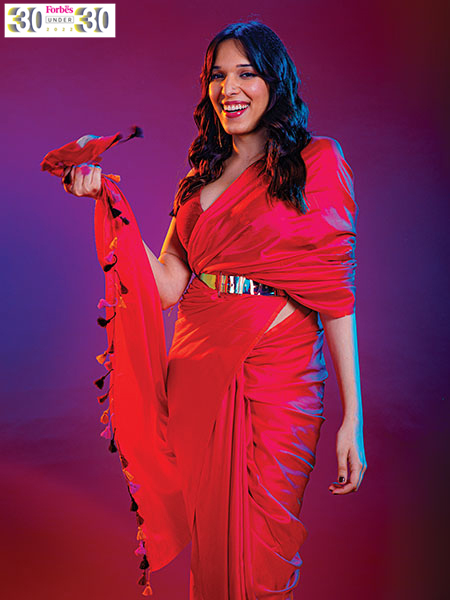 What started as a means to cope with a transformation journey eventually became a platform for Dr Trinetra Haldar Gummaraju to spread awareness and advocate about LGBTQIA+ issues.

Trinetra never identified as a boy. “When you don’t fit into the defined norms of gender and sexuality, people consider you a freak, and for me for the longest time that led to a lot of self-hatred,” she says. “It was when I discovered the internet and that there are people like me who are uncomfortable with the gender and identities they’re assigned that I realised that I might not actually be a boy and that it’s completely okay,” says Dr Gummaraju, who went through her gender affirmation surgery at 21.

A medical student, she documented the journey of the medical, legal and social transition on Instagram and YouTube, becoming the first Indian to do so. The activist and artist is also one of Karnataka’s first openly transgender doctor and one of the first openly transgender Indian content creators. Anchored at the crossroads of art and advocacy, Gummaraju’s Instagram account helps people understand the gravity of topics like gender, sexuality, queerphobia, bullying, mental health, and feminism. She has 226K followers on Instagram and 14K subscribers on her YouTube channel ‘The Trinetra Method’. “Getting into content creation was never planned, I used the platform to process my emotions, and it was an escape from reality that turned into so much more than that,” she says.

Through her content, she guides trans people, shares insecurities, worries, and missteps, and also calls out trolls, “making people see that she is a three-dimensional human being behind our two-dimensional phone screens, and that makes her followers connect with her”, says Gazal Dhaliwal, screenwriter and LGBTQIA+ activist. “She takes pride in who she is. In a world that shames you, abuses you, mocks you for being trans, standing up with your head held high takes rare strength. She owns her journey and shares it with generosity, courage and vulnerability. That combination makes her unique.”

Her content creation has brought brands to her doorstep, but Gummaraju ensures they are LGBTQIA+ advocates. “I make sure that everything I endorse fits my messaging and moral values,” she says.