Meta working to speed up metaverse, but success far from certain 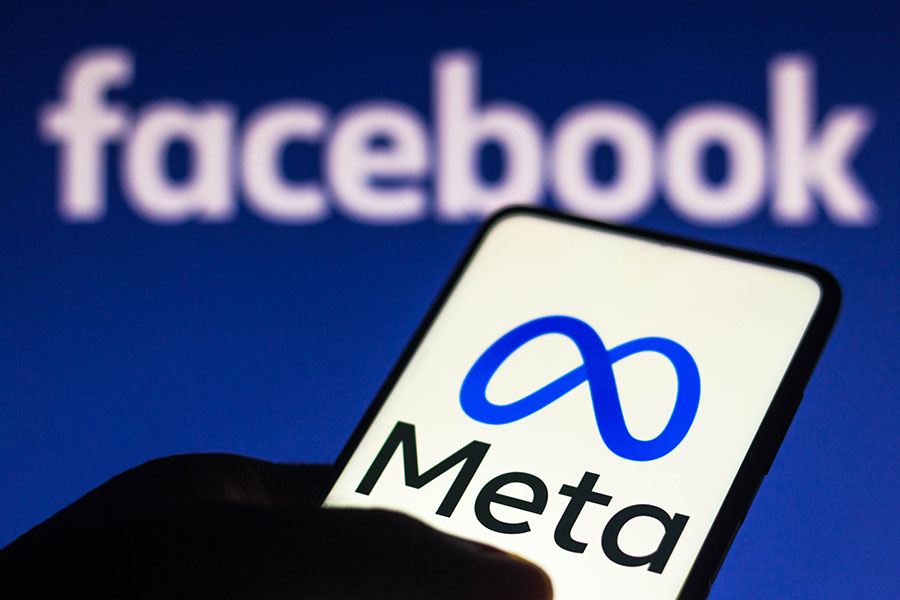 "The metaverse is going to sneak up on us," Meta Reality Labs vice president Mark Rabkin predicted. Image: Shutterstock

San Francisco, United States: A year after rebranding itself from Facebook into Meta, the social network titan is striving to make the metaverse a routine part of daily life, offering users new features and promoting new virtual reality gear.
But analysts say the company has toned down the hype a bit as it struggles to reach its goal of creating an interactive virtual world that it sees as the next phase of online activity.
The biggest announcement from this week's Meta Connect event—the company's giant's annual conference focused on virtual reality—was the launch of the much anticipated Meta Quest Pro VR headset, targeted at professionals in creative fields.

But there were also legs—as in, legs for user avatars in Meta's Horizon World virtual realm, as well as facial expressions.
Is this the future? The company says yes.
"The metaverse is going to sneak up on us," Meta Reality Labs vice president Mark Rabkin predicted.
"I think it's going to feel really far away and then there'll be certain pockets and niches that are suddenly really useful—and then we'll realize that the gaps... are getting smaller, and suddenly it's here."
For Rabkin, executives can save time and money by meeting in the metaverse, and artists can embrace virtual venues for concerts, comedy shows and other entertainment.
Bridges, skyscrapers, footwear and more could be designed in 3-D using digital tools in the metaverse.
"We're building things that power the metaverse and will be part of the metaverse," Rabkin said.
"We are investing heavily to pull the future forward a little bit."

A year ago, Facebook renamed itself Meta to signal its devotion to a metaverse future.
In a small step on that path, the $1,500 Quest Pro headset—aimed at architects, engineers and designers, among others—boasts new features that are meant to improve users' perception of actually being in the presence of others.
"The moment that they begin to break into a smile or when they raise their eyebrow... your avatar should be able to express all of that and more," Meta chief Mark Zuckerberg said at Meta Connect.
The company said it is partnering with Microsoft, Adobe, Accenture and others to sync up popular work software with virtual worlds using Quest Pro.
"At Microsoft, we're incredibly excited about the metaverse and how digital and physical worlds are coming together," Microsoft CEO Satya Nadella said during the presentation.
Also read: Metaverse: The next big thing in education
Microsoft is "really leaning in" to make its widely-used productivity software, as well as tools built for its own HoloLens augmented reality headset, compatible with Quest Pro, according to Rabkin.
Zuckerberg stressed that Meta wants its VR platform to dovetail with offerings from other companies.
"Not only will our stuff run on a variety of devices, including not our own, but there will inevitably be multiple universes joined together in a variety of ways," Rabkin explained.
Technical advances built into Quest Pro are expected to eventually be incorporated into lower-priced headsets destined for average consumers.

Zuckerberg was quoted by tech news website The Verge as saying he didn't expect the metaverse to make the company a meaningful amount of money for years, setting up a "trough of disillusionment."
For Creative Strategies analyst Carolina Milanesi, Meta has de-emphasized the hype of the metaverse in favor of talking more about the nuts and bolts of how it will work.
"I'm assuming it's because they figured out how hard it is to actually make this stuff in terms of actually creating that world," Milanesi told AFP.
Also read: The metaverse and legal frameworks around it
Companies are investing billions of dollars in building blocks of the metaverse, with Meta leading the pack, VRDirect managing director Rolf Illenberger told AFP.
Microsoft, Sony, and HTC are among the players, and Apple is rumored to be planning to release its own virtual reality headset.
"On the one hand, Mark Zuckerberg needs to be acknowledged as a hero, as a visionary because he's pushing the industry like no one else," Illenberger said.
"But on the other hand, his bad reputation also kind of, to some extent, puts blame on the metaverse as a technology."
Critics have said rebranding Facebook as Meta was a move to distance the tech firm from scandals including a whistleblower who said it valued profit over user safety.
© Agence France-Presse