Money at the heart of international efforts to save nature

Can humanity curb spending that harms the world's biodiversity and instead focus funding on protecting it? That question is at the heart of international negotiations in Geneva, which will set the stage for a crucial United Nations COP 15 biodiversity summit in China later this year 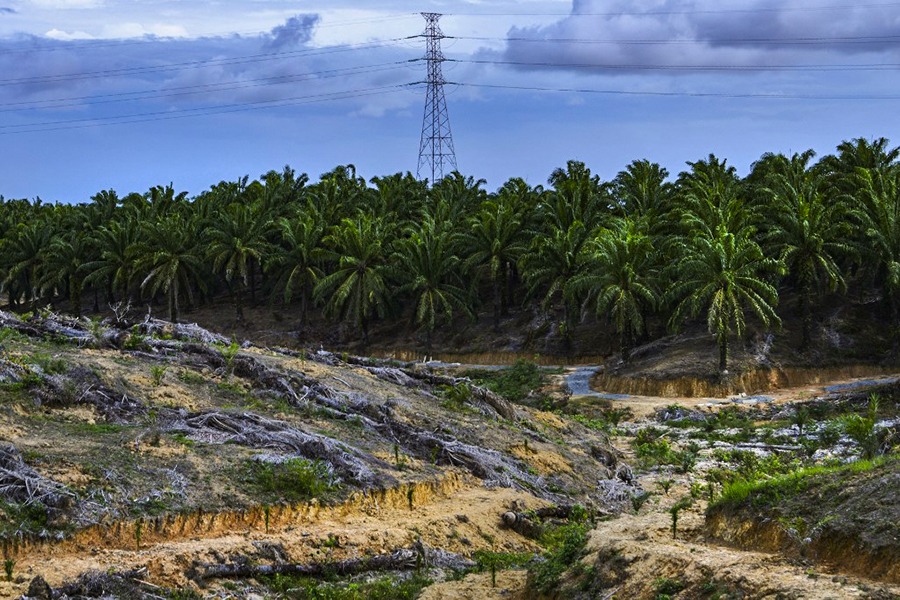 Geneva, Switzerland: Can humanity curb spending that harms the world's biodiversity and instead focus funding on protecting it? That question is at the heart of international negotiations in Geneva, which will set the stage for a crucial United Nations COP 15 biodiversity summit in China later this year.

Almost 200 countries are due to adopt a global framework this year to safeguard nature by mid-century from the destruction wrought by humanity, with a key milestone of 30 percent protected by 2030.

These ambitions will only be met with a new approach to biodiversity funding and a rethink of the huge sums spent on subsidies harmful to nature, according to observers.

Subsidies for things like fossil fuels, agriculture and fishing can often result in environmental destruction and encourage unsustainable levels of production and consumption, experts say.

The exact figure that the world spends on these harmful subsidies is debated, although the group Business for Nature estimates that it could be as much as $1.8 trillion every year, or two percent of global gross domestic product.

Financing in general is among the more challenging issues up for debate at the Geneva meeting of the Convention on Biological Diversity (CBD), which runs until Tuesday.

"Resource mobilisation at this meeting has become a thorny issue," said Ghanaian academic Alfred Oteng-Yeboah, who has played a key role in international efforts to protect biodiversity.

"It is a balancing act. At the global level money has continuously been a problem."

The draft text contains the aim "to redirect, reallocate, reform or eliminate harmful incentives", reducing them by at least 500 billion dollars per year.

It also includes a goal of increasing total finance from all sources to at least $200 billion a year by 2030 and increasing international money that goes to developing countries by at least $10 billion per year.

Last year, a study by groups including The Nature Conservancy and the Paulson Institute estimated that in 2019, the world spent between $124 and $143 billion per year on activities that benefit nature.

But they said the amount needed by 2030 should be up to $967 billion per year, which could include refocussing funding for harmful subsidies.

Vinod Mathur, president of the National Biodiversity Authority of India, is calling for $100 billion every year in additional funding.

"There has to be substantial funding, not just peanuts. It should be new funding, or additional funding and it should be timely," he told AFP.

Without it, developing countries say ambitious conservation targets will be impossible to achieve, a real concern given the world has missed virtually all of its biodiversity targets so far.

Rich countries "recognize that there are additional efforts to be made", according to one representative, although they took issue with the developing countries' estimates of funding needed.

Last year, Amazon's Jeff Bezos and Mike Bloomberg joined other philanthropists in pledging $5 billion by 2030 for biodiversity restoration and conservation.

The Business for Nature coalition has the support of more than a thousand companies, which like the conservation groups, are asking for an ambitious text.

"Companies need the political certainty to urgently invest, innovate, shift their business models," said Business for Nature Director Eva Zabey, adding that many firms are prepared to be held accountable for their biodiversity impact.

As for subsidies, governments often defend them as helping the poor, said Ronald Steenblik, author of the Business for Nature study.

But he said "when you do the analysis you find that actually the major beneficiaries are very often the most wealthy".

Some 80 percent of fishing subsidies, for example, go to industrial fishing and not to small-scale fishermen.

But reforms can be challenging because entire sectors of activity depend on them.

As is often the case in international negotiations, the subject will likely only be resolved in the home stretch, at COP15 in China.
by Laure FILLON