Also hit with US business bans were several other oligarchs believed to be close to Putin, four officials Russia has named to administer occupied territories in Ukraine, and around two dozen high technology institutes and companies, including key state-backed electronics entities 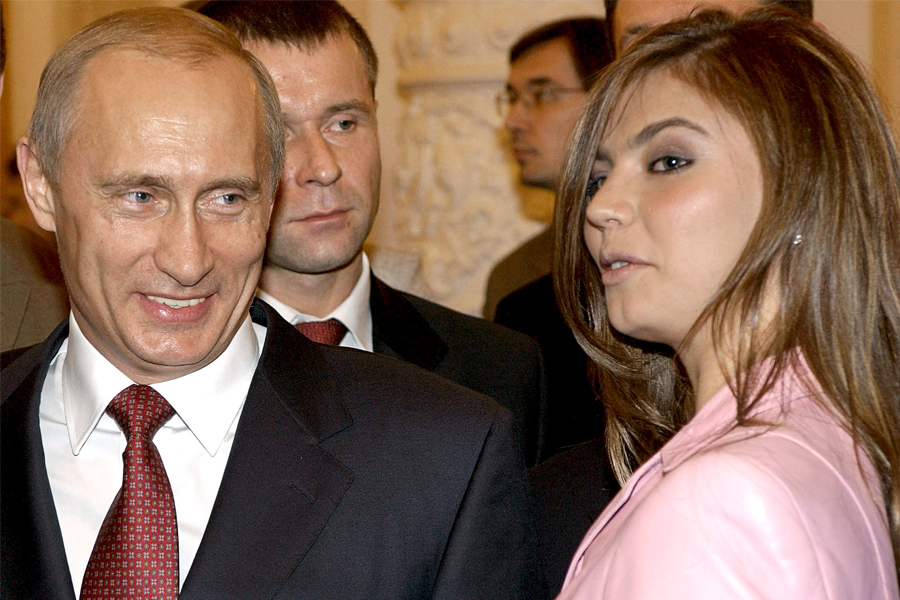 Russian President Vladimir Putin (L) smiles next to Russian gymnast Alina Kabaeva during a meeting with the Russian Olympic team at the Kremlin in Moscow, in this November 4, 2004 file photo. Image: Reuters

Washington, United States: The United States blacklisted Russian President Vladimir Putin's purported girlfriend and the tycoon owner of the second-largest estate in London Tuesday in the latest round of sanctions over the invasion of Ukraine.
Also hit with US business bans were several other oligarchs believed to be close to Putin, four officials Russia has named to administer occupied territories in Ukraine, and around two dozen high technology institutes and companies, including key state-backed electronics entities.
The US Treasury announced sanctions on Putin associate and billionaire Andrey Grigoryevich Guryev, who owns the Witanhurst estate, the second-largest estate in London after Buckingham Palace.

Guryev is the founder and former deputy chairman of PhosAgro, a major supplier to global fertilizer markets.
He and his son were hit with financial sanctions, which ban US businesses — including banks with US branches — from transactions with them, and freeze their assets under US jurisdictions.
The Treasury also blacklisted Guryev's Caribbean-based 81-meter (267 feet) yacht Alfa Nero, which puts it at risk of seizure.
Read more: Russia's war has killed 75,000 in Ukraine: US
However, the Treasury said Alfa Nero "has reportedly shut off its location tracking hardware in order to avoid seizure."
The Treasury also imposed sanctions on Alina Kabaeva, a former Olympic gymnast widely described as Putin's girlfriend, and Natalya Popova, the wife of Kirill Dmitriev, the manager of the Russian government's massive sovereign wealth fund.
The Treasury said Popova works for the technology firm Innopraktika, which is run by one of Putin's daughters.
"As innocent people suffer from Russia's illegal war of aggression, Putin's allies have enriched themselves and funded opulent lifestyles," Treasury Secretary Janet Yellen said in a statement.
"The Treasury Department will use every tool at our disposal to make sure that Russian elites and the Kremlin's enablers are held accountable for their complicity in a war that has cost countless lives," Yellen said.
Viktor Filippovich Rashnikov, one of Russia's largest taxpayers, and two subsidiaries of his MMK, which is among the world's largest steel producers, also were hit with sanctions.
In a joint action, the State Department imposed sanctions, including visa restrictions, on oligarchs "running massive revenue-generating companies," including Dmitry Aleksandrovich Pumpyanskiy, Andrey Igorevich Melnichenko and Alexander Anatolevich Ponomarenko.
Read more: Russia cuts gas flow to Europe, intensifying fears it is weaponising fuel
In addition, nearly 900 Russian officials were placed on a US visa ban list, as were 31 unnamed non-Russian officials who have supported Russia's occupation of Crimea, the State Department said.
"Today, the United States is taking additional actions to ensure that the Kremlin and its enablers feel the compounding effects of our response to the Kremlin's unconscionable war of aggression," Secretary of State Antony Blinken said.

Tweets by @forbesindia
Ambee's founders on how they are about to hit the major leagues in climate tech
Uber reports $2.6 billion loss, but revenue spike cushions blow