Russia's state-owned gas monopoly said Monday that it would slash gas deliveries to Germany, as Russian President Vladimir Putin once again showed his unpredictability and his power to inflict pain on the bloc for backing Ukraine

By Melissa Eddy and Matina Stevis-Gridneff 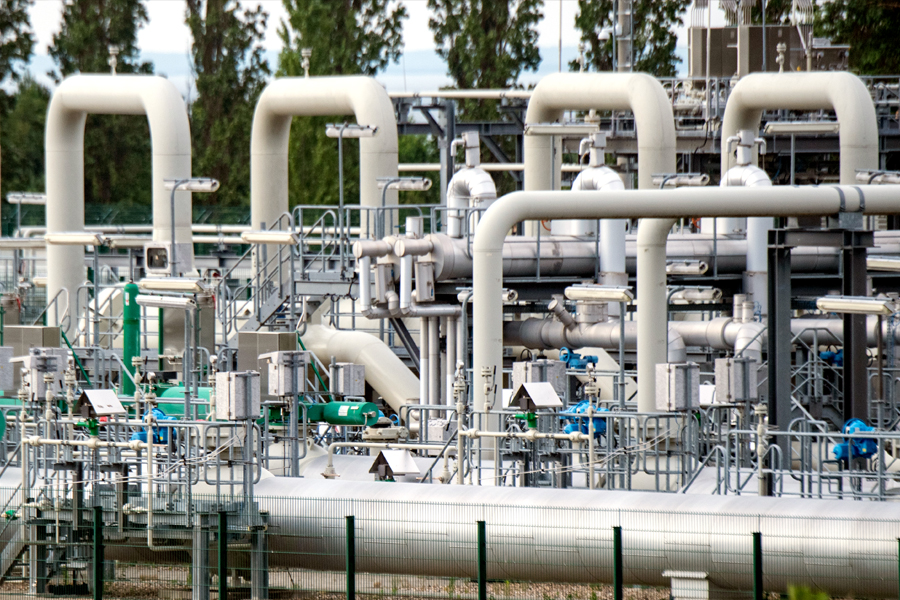 BERLIN — On the eve of a European Union emergency meeting on cutting natural gas consumption, Russia’s state-owned gas monopoly said Monday that it would slash gas deliveries to Germany, as Russian President Vladimir Putin once again showed his unpredictability and his power to inflict pain on the bloc for backing Ukraine.

EU energy ministers are set to meet Tuesday to weigh a 15% reduction in gas use, specifically because of fears that the Kremlin could create artificial shortages threatening heat and power generation over the winter. As if to confirm such worries, Gazprom, the Russian company, on Monday said it would cut by half the flow through its North Sea pipeline to Germany to just 20% of capacity — less than a week after resuming limited flows following a maintenance shutdown.

Western officials dismissed the Russian explanation of equipment troubles — coincidentally or not, with German equipment — as nothing but a cover for its manipulation. “Based on our information, there is no technical reason for a reduction in deliveries,” the German Economy Ministry said in a statement.

Ursula von der Leyen, president of the European Commission, the EU executive branch, said last week, “Putin is trying to push us around this winter,” as she proposed that member countries cut gas use by 15% through next spring. The reduction is aimed at building up depleted stores and better positioning themselves for a possible Russian squeeze.

“This is exactly the sort of scenario that President von der Leyen was referring to last week,” her spokesperson said Monday. “This development validates our analysis.”

But as Western countries attempt to curb the flow of fossil fuel revenue that supports Russia’s government, its war machine and much of its economy, their moves have required a daunting combination of agreement among each other, placating public opinion in their democracies and steering global markets. News of Gazprom’s latest supply cut drove the price of European gas futures up 12% on Monday; the price, previously below 30 euros per megawatt-hour, has soared in the past year, at times topping 180 euros, or $184.

The autocratic Putin has shown since Russia invaded Ukraine in February that he has plenty of leverage on his side, particularly in tightening or loosening the energy spigot, and he can use it at his sole discretion. He has also demonstrated his knack for keeping adversaries guessing and off-balance, with his government often sending contradictory signals.

On Friday, Russia signed a deal to allow grain shipments from the blockaded port of Odesa to alleviate a global food shortage — and a day later hit the port with missiles, putting the agreement in jeopardy. Even so, Ukraine said Monday that it was moving ahead with the plan and a United Nations spokesperson said the first ship could set sail in days.

Western countries are shutting down most imports of Russian oil. But that has contributed to shortages that have driven up prices, buoying Russia’s revenues and angering Western consumers, while Moscow makes deals to sell to China and India, instead. The Biden administration is trying to orchestrate an international deal to limit the prices Russia can charge on world oil markets, but it is a financially and diplomatically complex endeavor.

It took weeks of wrangling for the European Union to agree to cut off most Russian oil, and making the deal required delaying some parts for several months and making exemptions for some small countries.

New divisions have emerged on the EU proposal to cut gas use, as countries such as Greece and Spain that do not rely heavily on Russian gas have chafed at the idea of asking businesses and people to conserve to help Germany, their wealthier northern partner. And European officials are racing to come up with alternative supplies from the Middle East, the United States and elsewhere.

The latest supply cut should make it clear to the 27 EU member countries how vulnerable they are, and how crucial it is that they move quickly and decisively to conserve gas, said Simone Tagliapietra, a senior fellow at Bruegel, a research institute based in Brussels.

“Gazprom’s announcement should not surprise,” Tagliapietra said. “Russia is playing a strategic game here. Fluctuating already low flows is better than a full cutoff as it manipulates the market and optimizes geopolitical impact.”