Even with high gas prices, the open road still beckons

Gas prices hit historic highs this month. The average cost of a gallon of gas in the United States on March 11 was $4.33, the highest price ever recorded by AAA, the automobile owners group 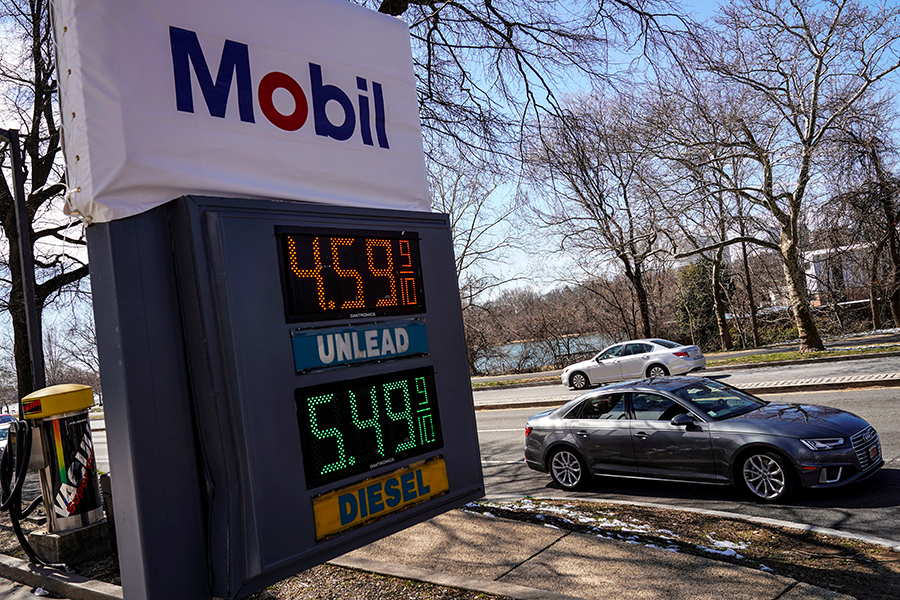 
With her 11-year-old cat, Prince, resting on the center console of her Honda CR-V, Michele Peters recently drove 13 hours south from her home in Chesapeake, Virginia, to Osprey, Florida, for some much-needed rest and relaxation.

It had been five years since Peters, 67, enjoyed a long vacation, and $4 for a gallon of gas wasn’t going to stand in her way. “Why I was coming down here — the peace and tranquillity — was worth 10 times that,” she said earlier this month, while overlooking Little Sarasota Bay.

Peters, a legal aid attorney, estimated that in recent years she would have paid around $60 on fuel each way of her roughly 950-mile drive, but with recent hike in gas prices, the cost of her trip almost doubled. She ended up paying around $115 on gas each way.

Gas prices hit historic highs this month. The average cost of a gallon of gas in the United States on March 11 was $4.33, the highest price ever recorded by AAA, the automobile owners group. The national average for a gallon of gas now hovers around $4.24. Compared to the average price last October, around $3.20, drivers in the United States are facing a nearly 33% hike to fill their tanks.

But as in years past, the rise in gas prices is not expected to dampen the allure of the open road. Especially with the arrival of spring break and the expectation of summer vacation, many road trippers plan to follow through with their original itineraries — or they will make adjustments by taking shorter routes, choosing destinations closer to home, and spending less on lodging, food and other purchases.

“Historically, gas prices have had very little, if any impact on travel,” wrote Cheryl Schutz, vice president of travel insights at the market research firm MMGY Global, over email. “People may change what they spend money on, but they will still travel.”

Road trips are now more popular than they were in 2019, before the pandemic, according to GPS car data collected by the location data company Arrivalist. The company’s “Daily Travel Index” has tracked travel patterns in the United States since April 2020, and recently added trending data from 2019. In mid-March, road-trip activity — measured as when a driver travels a minimum of 50 miles and spends a minimum of two hours at his or her destination — was higher than the index’s 28-day rolling average, the first time in two years. And nearly 80% of 1,096 Americans surveyed earlier in March by the travel site The Vacationer say they plan on taking a summer road trip.

“On the immediate horizon, travelers have not changed their plans,” said Devin Gladden, a spokesperson with AAA. “They are expecting costs to be higher. They had these trips planned and they want to follow through with them.”

James Willamor, 42, expects to keep his spring break itinerary to New Mexico. Next month, he plans to travel with his two children from their home in Raleigh, North Carolina, in his Subaru Outback, and visit the White Sands, Guadalupe Peak and Carlsbad Caverns National Parks and camp at state parks along the way.

“Even with gas prices going up, it would be hard to fly somewhere and get hotels for two weeks for nearly the same price,” said Willamor, who works in information technology support.

In recent weeks, Willamor has cut down on unnecessary local driving and is working from home a few days a week. On the road, he checks pump prices on the GasBuddy app and uses rewards programs to save a few cents on each gallon. Willamor also has a credit card with 2% cash back on gas purchases and his family plans to pack lunches and cook dinners at campsites. “Combine all that and we will save a little bit,” he said, estimating that he will spend around $800 on fuel during his trip.

It’s expected that gas prices will continue to be expensive this summer. In the spring, gas stations will switch to summer-grade fuel, a more expensive, environmentally friendly blend that’s better for ozone levels during hot months. It will add 7 to 10 cents per gallon, according to Gladden of AAA.

Tweets by @forbesindia
From Jeff Koons to Sacha Jafri, artists are now on a mission to conquer space
Has the X3's facelift taken its game ahead?