The volume of Russia's crude oil exports to China grew by 28% from the previous month, hitting a record level for its trade with China 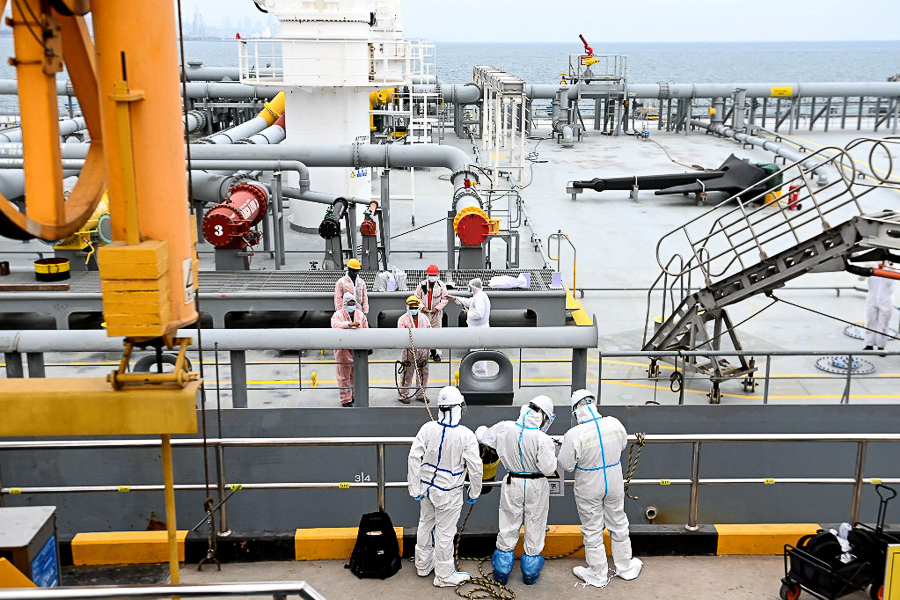 Russia surpassed Saudi Arabia to become China’s largest source of petroleum last month, as Chinese companies stepped in to buy oil that has fallen under widening sanctions in the West.

The volume of Russia’s crude oil exports to China grew by 28% from the previous month, hitting a record level for its trade with China. But Saudi Arabia remained the leader by revenue, taking in $6.3 billion for its crude oil sales to China last month, versus Russia’s $5.7 billion, as sanctions pushed down the price of Russia’s exports.

The United States banned the import of Russian oil in March, and the European Union decided last month to prohibit the vast majority of oil imports from Russia by the end of the year. But China and other nations are free to continue buying from Russia, a key line of support for Moscow as it faces increasing economic isolation.

President Vladimir Putin of Russia and Xi Jinping, China’s leader, declared there were “no limits” to their nations’ friendship just weeks before Russia’s invasion of Ukraine in late February. China has remained a key supporter in the months since, with Xi offering to deepen cooperation in a phone call last week with Putin.

China has followed Russia’s lead in not calling the invasion of Ukraine a “war” and has instead referred to it as an “issue” or “conflict.” Beijing also routinely places blame on the United States and NATO for creating an environment that led to the war and for continuing to provide arms to Ukraine, while downplaying Russia’s responsibility.

Still, there appear to be some limits to the support. China’s defense minister said recently that his country had never provided any material support for Russia in Ukraine. And while China has denounced the sanctions against Russia, it has also been careful to avoid violating them.

Tweets by @forbesindia
The curious case study of Zerodha's blue ocean strategy
Photo of the day: International Day of Yoga