Founded by Nithin Kamath, the online discount brokerage company has changed the dynamics of retail stock investment in India. Here's a look at how the blue ocean strategy worked and what it needs to do to face new challengers

By Parag Agrawal and Bindu Kulkarni 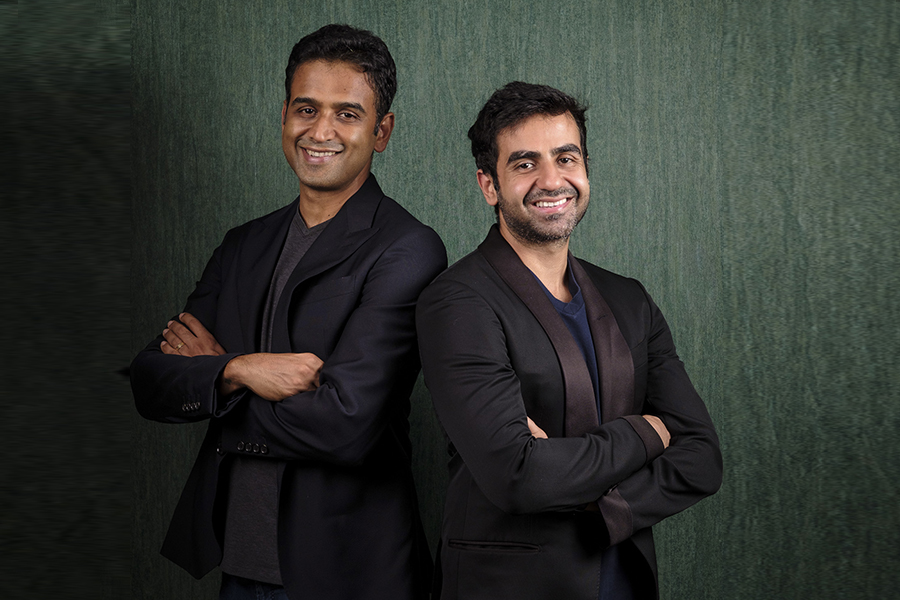 In the last one and a half years, the Indian depositories registered a whopping 1.51 crore new investors. Capital markets are now becoming attractive and also accessible to many, thanks to free educational platforms, and new-age trading apps that make financial investments simple and user-friendly while abating fears of trading and investing. Though the young generation of India is not shying away from higher risk for the expected returns, even the play-it-safe investors have started exploring new instruments.

While the Covid-19 lockdown acted as a trigger to find new ways of generating income, one company has especially made the journey to the markets easier for many new investors—Zerodha. Founded by Nithin and Nikhil Kamath, the online discount brokerage company has changed the dynamics of retail stock investment in India. Today, Zerodha leads the market with 18.33 percent of the total active Indian clients.

What was the strategy used by this startup that big traditional firms, which led the market in 2010, could not understand or replicate? The answer perhaps lies in the non-disruptive creation that Zerodha offered through its Blue Ocean Strategy.

Zerodha was not the world's first-ever discount brokerage company; it was the Charles Schwab Corporation in 1975 in the US, a discount brokerage model which significantly reduces the commission charged for transactions, enabling the masses to invest. Zerodha used this already successful solution and customised it to the Indian markets, addressing the pain points of the existing services, and providing an attractive option to investors. It also addressed the non-customers of the industry—people refusing to enter the market due to various reasons, including complicated offerings.

In 2010, when hardly 1.4 percent of the Indian population traded in the Indian capital markets, Zerodha pioneered the online discount broking in India. It was able to not just cater to the needs of the existing investors, but also create a value offering for the previously untargeted buyer groups. At the same time, it was able to lower the commission charged. This is what is defined to be value innovation. According to Renée Mauborgne and W. Chan Kim, value innovation is the simultaneous pursuit of differentiation and low cost, creating a leap in value for both buyers and the company.

Earlier, investors suffered from a lack of transparency related to costs, paying for services not required, having little or no understanding of how the markets worked, and daunting fee slabs for the services offered. While this group was Zerodha’s first target set, it also wanted to focus on the non-customers who remained unserved. These can be organised into three tiers. First would be the budding investors who were aware of the options but who could not afford the current offerings, and those who were trading but were unhappy with current offerings (service provided by various firms) in the industry. The second would be the risk-averse ones who have long believed in instruments like fixed deposits, and the last would be the ‘unaware’ ones who do not know anything about investing.

Moving everything online reduced the costs of offline branches. It increased the speed of trading and executions using technology. It eliminated or reduced the fees charged to the investors. It started different financial literacy programs like 'Varsity' and 'TradinQnA'—a forum for traders to ask questions. It created several new features like automating fund updates and Kite–a self-service broking platform. It also brought advanced trading tools like 'Pi' and 'Q' for charting and analysis. To solve the problem of awareness, it made a book called Rupee Tales that educated children about financial investments.

Zerodha’s main attraction has been its pricing model. The registration fee was minimum, to make sure fake accounts stayed away. Zerodha came up with a flat slab of Rs 20 per deal. It removed complexity and increased returns, leading to a massive number of customer registrations. For long-term equities trading, they opted for zero pricing. The competition could not react to this move due to high operational expenses and verticalisation. Or they might not have seen this new entrant as a threat because of the unattractiveness of online mode during those times.

The Kamath brothers saw Zerodha of 2010 with a future like Jeff Bezos’ Amazon in 1994. Internet penetration was about to rise to 45 percent in 2021 from a meagre 4 percent in 2007. Additionally, the number of smartphone users in India was about to become 750 million, with about 34 percent lying between the age of 25 and 34 years. Financial services accessibility through debit cards, internet banking, and UPI also played a decisive role in the easy onboarding of clients. The total investor size of India rose from 20 million in 2012 to 70 million in 2021. But nothing was possible without Zerodha not anticipating what lay ahead.

What Zerodha started, a decade back as a lone warrior is now an arena with new competitors rising every day. Today, there are about 15 major players in the Indian brokerage space—the significant ones are Upstox, Angel Broking, Groww, and ICICI Securities limited, holding about 41 percent of the active clients. While Upstox and Groww are similar to Zerodha, Angel Broking offers offline services also. ICICI Securities remains in competition due to its high penetration in the banking space. Discount broking services are now facing stiff competition from new entrants like PayTM money, which is resorting to price wars.

Zerodha has recently received an in-principal approval from Sebi to start mutual funds. To grow sustainably while keeping the differentiation intact, the company would have to focus on its customer experience in delivery and service now. Being the fastest in terms of account opening, trading, and other services would distinguish it from the others.

The future of discount broking is ripe with stiff competition but the market is still a blue ocean. Indian equity investors are just 3.7 percent of the total population, whereas China has 12.7 percent. The race in the Indian market is to get those new investors on board. If Zerodha wants to continue leading in the market share, it needs to again get to the roots of the new investor behaviour, just like it did a decade back and expand its market boundaries

Views and opinions expressed in this piece are those of the authors and do not necessarily reflect those of SPJIMR.
Parag Agrawal- PGDM participant and Bindu Kulkarni- Associate Professor are from Bharatiya Vidya Bhavan’s SP Jain Institute of Management & Research