The Zerodha co-founder talks about his initiative to encourage philanthropy among youngsters, and the shift in the way the wealthy have been thinking about giving back to society 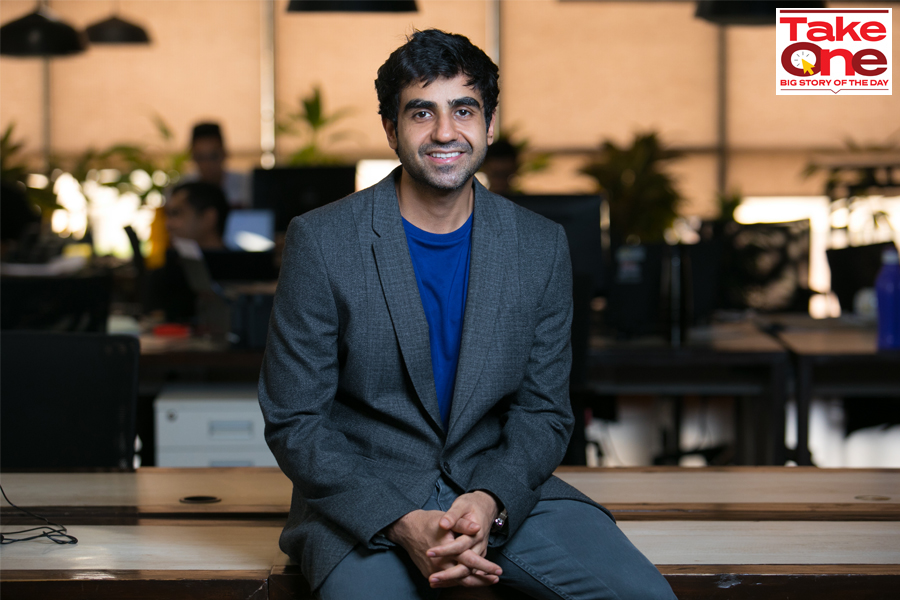 Nikhil Kamath, co-founder of Zerodha, India’s biggest stock brokerage company in terms of volume of trade, has launched the Young India Philanthropic Pledge (YIPP), where signatories, all under 45 years of age, will pledge 25 percent of their wealth with a minimum spend of Rs1 crore per year.

Kamath, 35, is the youngest philanthropist on the Edelgive Hurun India Philanthropy List 2021, where he debuted with his 42-year-old brother, Zerodha co-founder and CEO Nithin [also a signatory to the YIPP], with a donation of Rs25 crore. The brothers, who recently pledged a quarter of their personal wealth to philanthropy, have plans to give back Rs750 crore over the next three years.

While Prakash believes that founders of startup unicorns can make a big impact by joining forces to solve urgent social issues, Kumar of Udaan says the first step is to believe something requires your attention. “With an impressive cohort like YIPP, I am confident that we will make an impact collectively like we have in our areas of expertise,” he says.

Kamath, who also leads asset management company True Beacon, says it is important to encourage people of means to start giving much earlier in life. “We thought let us bring people together as a group, start this initiative and try to pick really impactful projects that we will not only fund, but also run with our experience and expertise,” he says, about the idea behind the YIPP. Edited excerpts:

Q. What is the need for a platform like the YIPP?
A lot of younger people want to contribute to community and society, but they do not have access to the right means by which they can do that. Historically, most of the [philanthropic] work that has happened in India has been driven by people in the 55-plus age group. So the YIPP was, in a way, to encourage young people to come out and help with different issues. The people who have come on board happen to be part of my personal circle, unicorn founders and startup entrepreneurs who have made a lot of money at a very early age and can contribute. The money they bring in is all personal wealth, over and above the 2 percent Corporate Social Responsibility (CSR) commitments.

We thought let us bring all these people together as a group, start this initiative and try to pick really impactful projects that we will not only fund, but also run with our experience and expertise. We have about 10 signatories now and that number will go up to 20 or 25 over the next year.

Q. What are the immediate causes you are addressing through this platform?
The first project, which we hope to launch by the end of December, is an education-focussed one, where we will pick a district in Karnataka and can transform at least 200 government schools with improved sanitation, drinking water [facilities], toilets, hand-washing areas, smart classrooms, teacher training and scholarships, among other things. We will spend at least Rs10-20 lakh per school to fix these basic issues.

We are currently working on narrowing down the district where this project will be implemented. The idea is to make this district a role model for other districts in the country, and scale up the project accordingly. We want to be detached to the politics of it all and be agnostic when we go about picking districts across countries.

We have chosen access to better quality education as a cause to begin with, but that does not mean we are not working on other causes, like urgent health care requirements due to Covid-19 or water and sanitation. The decision is not mine alone. If any member of the platform has an idea for a worthy project that can be backed, we sit together, deliberate and vote on it. Individuals will then donate directly to the cause. So the platform is essentially to meet and discuss causes, areas of focus and impact.

Q. Why have you chosen the pledge format for philanthropy and how exactly will it be implemented?
It gives us improved visibility. Say we need Rs50 crore for phase 1 of our school project. If we have 10 people who have pledged 25 percent of their net worth, we then have visibility on the scale of the projects we can take up. Also, the narrative among youngsters is changing, where they do not want to leave behind too much wealth for their kids. Hence we took the pledge format, which is a lifelong commitment. It is not about what we do in one year, but how we can constantly keep doing things for the next 20-30 years.

The idea of the YIPP is to prevent as much leakage between philanthropic donation and [on-ground] implementation as possible, and we intend to do that by keeping the cost of execution low. We are associated with a network of NGOs to ensure that. Our advisors include the Bill & Melinda Gates Foundation, Prashanth Prakash of Accel, who launched the ACT Grant for Covid-19, and Biocon CMD Kiran Mazumdar-Shaw. So we have on board a group of experienced people who help us stay focussed and they have great advice to give all the time.

Q. Why is it important for like-minded youngsters to come together? What is the impact they can create?
The [social and economic] disparity in society is evident for each one of us to see. It cannot go on forever. It cannot be that 10 percent of the country has what should belong to 90 percent of the people. In the finite time that we have here, while we might not be big enough to make a significant dent, if we encourage and inculcate habits of giving back to society very early, the next generation will grow up with those habits, start younger and do more in their older years. The basic idea is to just encourage people to start giving earlier in life.

These days for youngsters, when we start making x amount of money, and then we make 5x and 10x, our lifestyle is not changing incrementally. It is just money in a bank account. So might as well utilise that money in a manner that both makes you feel good and helps people around you.

Q. How has the pandemic reshaped philanthropy, particularly for youngsters?
The Covid-19 pandemic has taught everybody that life is uncertain. So people are not as averse to utilising the resources they have at hand today, like they were pre-pandemic.

People are becoming more conscious of the fact that they have to give more. Hoarding wealth, like the generation before us did, and competing with others about who has more in the bank is becoming less cool today, than it was, say 20 years ago. I do not know about all cities, but in Bengaluru where I stay, people would rather be known for being more socially-conscious, participating in a community and making a change, than for their wealth.

The government, in such a scenario, should also make it more favourable for somebody to give, in terms of taxation. If you are the owner of a corporation and you are personally giving money, you are essentially paying 55 percent tax on your income, and from the money left out of that you are doing charity. I think tax advantages have to be there to encourage people. In America, for instance, taxation favours philanthropic giving, so I hope that happens here in the future.

Tweets by @forbesindia
Vikas Gopal at TCS on the imperatives facing global CFOs and how tech is changing the world of consulting
Photo Of The Day: Unstoppable