Vikas Khanna: Meals to go before he sleeps

Chef Vikas Khanna feels he was blessed with resources for a reason; he has served 54 million meals as part of the Feed India initiative 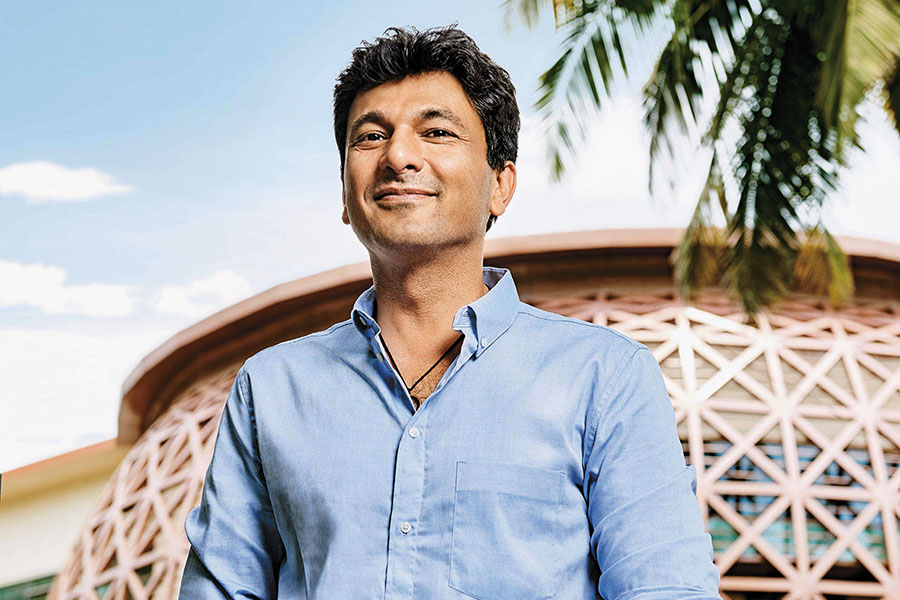 Close to midnight in Mumbai in late December, Vikas Khanna politely informs Forbes India that he’s busy in the kitchen and would reply soon as he took a break. True to his word, the New York-based chef reverts half an hour later. When asked about the pandemic and his initiative to feed people, he says it has been an eye-opener for him in more ways than one.

“It crushed me. And rebuilt me… stronger than before,” he says. “Everything was shutting down and I had to prioritise ‘Feed India’. It felt like an inner call. It felt that all the resources, contacts and voice I was blessed with had a reason.”

Khanna—a Michelin-starred chef who’s known to whip up a storm in the kitchen in the poshest locations in the world—took it upon himself to feed the needy, including those walking thousands of kilometres to their villages after the coronavirus outbreak and subsequent lockdowns brought life to a standstill. As of December 17, he says his Feed India initiative has served over 54 million meals (including dry ration and cooked food) across 125 cities and towns in India. He has partnered with the National Disaster Relief Force, the Central Reserve Police Force, and scores of volunteers and non-governmental organisations, among others, for distribution. Such partnerships helped him widen his reach to those travelling by Shramik trains, for instance.

“My strength came from Ma [my mother]. She was in quarantine back in Amritsar and would constantly update me about the hunger crisis in India, and how she wanted me to help. Her words to me were, ‘All your successes are a contribution from entire India. We celebrated you as ours and now we need you more than ever. It’s your duty to stand up and feed India’. That was enough for me to put everything on the back burner and focus on this,” says Khanna. Amid coordinating efforts to providing meals to the underprivileged, the chef also opened a casual dining restaurant, Ellora, in Dubai in the middle of the pandemic. He hopes such launches help in unlocking the economy and creating employment opportunities for people, especially those in the food and beverages industry, which has been reeling under heavy losses because of the pandemic.

Khanna claims to have also distributed 600,000 slippers, about four million sanitary pads, two million masks and a million sweet boxes. Along the way, the chef has won accolades such as the Mother Teresa Memorial Award 2020 and made his directorial debut with The Last Color. But his big win lies in the fact that he’s been able to feed the hungry when it mattered the most.

Tweets by @forbesindia
Photo of the Day: Net practice
News By Numbers: One death by suicide every 4 minutes in India