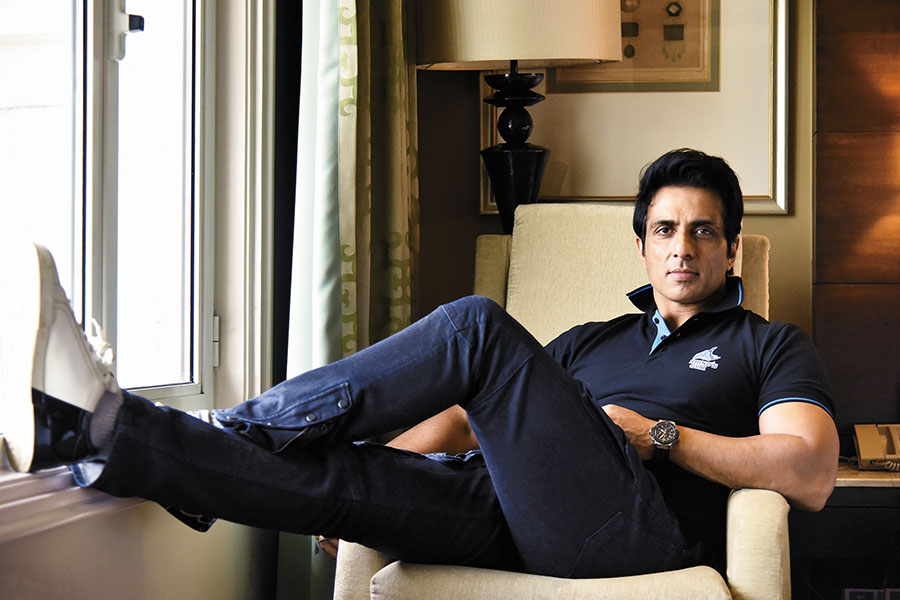 Sonu Sood was gutted when he first saw visuals of migrant labourers walking—some of them barefoot—for thousands of kilometres in the scorching heat in the absence of public transport. Lockdowns and lack of work because of the coronavirus pandemic had left them with no choice but to return to their villages. The 47-year-old actor felt this was inhuman and decided to put his star power to good use.

He tried to convince a few migrants to allow him to help send them home, but they only asked for food in return. Not one to give up easily, he spoke to authorities at different levels, and within days secured permission to send 350 people to Karnataka by bus at his own expense. “After they left, I pledged to help all migrants across the country—from Jammu & Kashmir to Kanyakumari,” says Sood, who started his efforts in April and hasn’t stopped since.

To date, the actor has sent millions of migrants back home—on buses and trains—and even helped with the international evacuations of students and Indians stranded overseas. He believes this is the best role he has played so far. “I believe I came to the city just to play this role. The kind of change that I could bring in the lives of these people is unreal,” says Sood, who has come out with a book—I Am No Messiah—that gives an insight into the noble work he did during the pandemic. He’s even launched the Pravasi Rojgar app to ensure grey- and blue-collar workers get jobs. Such was the popularity and promptness of his deeds that he was inundated with calls/messages and requests on social media throughout the day. At times, he offered help even when he was not tagged. For instance, he gifted a tractor to a farmer family in Chittoor, Andhra Pradesh, after a video of two girls tilling the farm went viral on the internet. Such acts won him praise even from politicians, including Telugu Desam Party leader N Chandrababu Naidu.

Sood believes the prayers of people he has helped gave him the strength to carry out this monumental task. “The feeling of gratitude that I could see in their eyes was priceless. I felt this is my job,” he says. “This is the best ever feeling in real life.” The actor will next be seen in Prithviraj and he’s also doing another movie in the South with Chiranjeevi. However, he believes, his humanitarian work will continue to be his larger goal in life. “I can’t stop at this. It’s growing every day,” he says.

Tweets by @forbesindia
How we survived: The Jack of all pivots
Forbes India 2020 Rewind: Getting quirky in quarantine