US Senate to vote Wednesday on abortion rights bill

The vote will nonetheless put lawmakers on record regarding one of the country's most divisive issues, and Democrats hope the debate will galvanize voters to go to the polls in the midterm elections exactly six months from Sunday 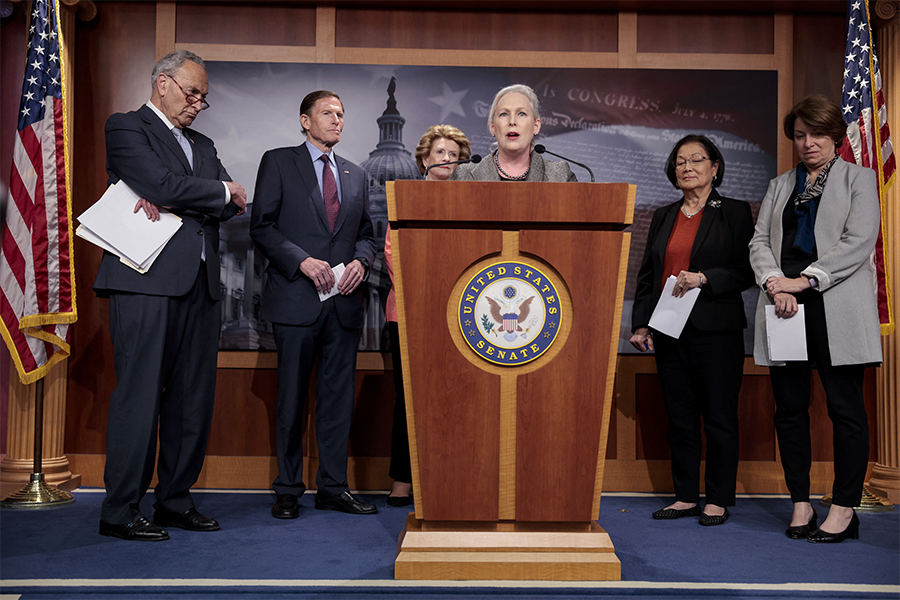 Washington, United States: The US Senate will vote Wednesday on a national abortion rights bill—a process likely doomed to fail—after a leaked draft decision signalled the Supreme Court's readiness to overturn the 1973 Roe v Wade decision.
Democratic Senate Majority Leader Chuck Schumer, who has called the draft ruling an "abomination," said he has teed up the vote on codifying the right to abortion in America, which the conservative-majority court appears poised to ban.
The prospects of success are virtually zero, given the blocking power of Republicans in an evenly divided 100-seat Senate where key legislation almost always faces a 60-vote threshold.
But the vote will nonetheless put lawmakers on record regarding one of the country's most divisive issues, and Democrats hope the debate will galvanize voters to go to the polls in the midterm elections exactly six months from Sunday.

"We will vote on Wednesday, and every American will see how every senator stands. They can't duck it anymore," Schumer said at a press conference Sunday in New York.
"Now they have to show which side they're on."
Republican-controlled states have taken steps to restrict abortion rights in recent months, given that overturning Roe v Wade would give states the ability to make their own laws on abortion.
Top congressional Democrat Nancy Pelosi, speaker of the House of Representatives, reiterated her outrage about the court's upcoming likely decision, telling CBS News on Sunday that "the court has slapped women in the face in terms of disrespect for their judgments about the size and timing of their families."
With Democrats lacking the necessary majority to push through codification, the only other option would appear to be changing Senate rules to lower the number of votes required to pass such a bill.
But Republicans—and a few senators in President Joe Biden's Democratic Party—oppose such a move.
Senator Kirsten Gillibrand said "we will never give in" to Republican efforts to roll back abortion rights protections.
"We are half-citizens under this ruling," she told CNN, referring to the draft opinion. "And if this is put into law, it changes the foundation of America."
Several conservative states are already shifting.
The southern state of Mississippi will ban abortion except in cases of rape or incest, or danger to the life of the mother, Republican Governor Tate Reeves told NBC Sunday.
But looking forward, "we must prove that being pro-life is not just about anti-abortion," Reeves said, by making sure expectant mothers and newborns have the resources they need.
Republican Senator Lindsey Graham said the Roe decision has sown division for decades because it "created a constitutional right that doesn't exist in the written constitution."
Now, he told Fox News, "finally elected officials have a say about life and the conditions of an abortion. I think that's the way it should be."
According to a poll released Friday by the Pew Research Center, about 61 percent of Americans believe abortion should remain legal in all or most circumstances.
But, as with so many other social issues, the gap between Democrats and Republicans is wide, and growing wider. Eight in 10 Democrats support abortion rights in all or most cases, more than double the 38 percent of Republicans who do, Pew said.
© Agence France-Presse