Inflation worldwide has been rising at the fastest pace seen in decades, due to supply constraints amid high demand as countries emerged from the pandemic, and exacerbated by the Russian invasion of Ukraine and Covid lockdowns in China 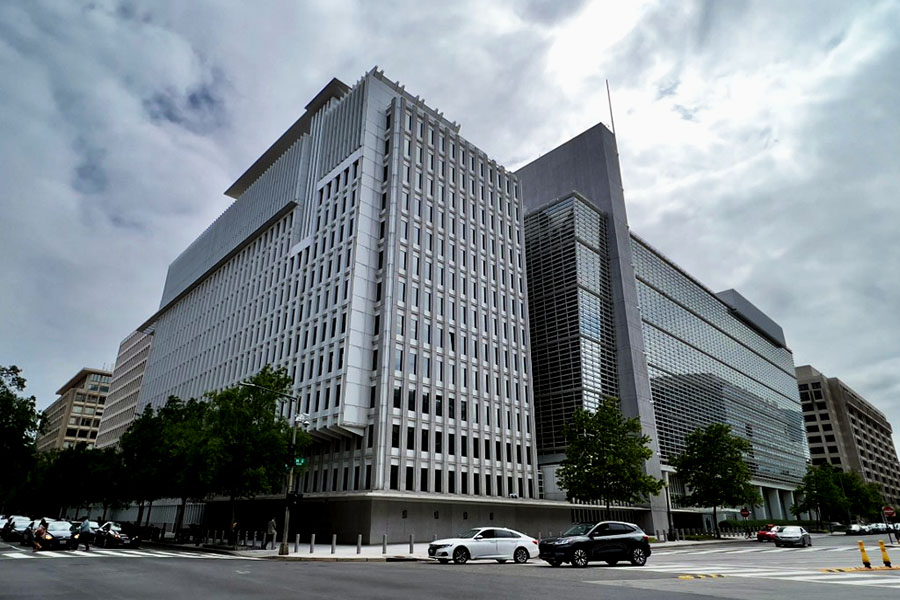 Washington, United States: The threat of a global recession is growing as central banks focus on bringing down soaring inflation rates, the World Bank warned Thursday, calling on governments to help boost supply to ease the constraints behind rising prices.
Inflation worldwide has been rising at the fastest pace seen in decades, due to supply constraints amid high demand as countries emerged from the pandemic. It has been exacerbated this year by the Russian invasion of Ukraine and Covid lockdowns in China.

Major central banks have responded forcefully, raising borrowing costs to cool demand and douse red-hot inflation.
But in a new paper, World Bank economists warned that the actions may not be enough to bring high prices under control, leading to a need for more interest rate hikes, which in turn will put the brakes on growth.
Many countries will not be able to avoid a recession, but the worldwide slowdown and tightening monetary policy "could give rise to significant financial stress and trigger a global recession in 2023," the paper said.
In that scenario, global GDP growth would slow to 0.5 percent in 2023 — a 0.4 percent contraction in per capita growth, meeting the technical definition of a global recession. "Global growth is slowing sharply, with further slowing likely as more countries fall into recession," World Bank President David Malpass said in a statement. "My deep concern is that these trends will persist, with long-lasting consequences that are devastating for people in emerging market and developing economies."
He urged policymakers to "shift their focus from reducing consumption to boosting production."
The World Bank in early June slashed its forecast for global growth to 2.9 percent, more than a full point lower than the estimate in January.

Not all doom and gloom

Indermit Gill, the newly installed chief economist at the Washington-based development lender, said his biggest concern is that because of the slowdown and pandemic crisis, "poverty reduction has stopped."
But he expressed some optimism as well.
"It's not an all doom and gloom story," he told reporters, noting that because of work done to improve economic policies and management before the pandemic, countries are better able to protect the poor. "I have the feeling that we will come out on the right side of this because the world has changed now and you know, there's a lot more capability around," he said.
The worst case scenario described in the paper Thursday would entail a recession in advanced economies and sharp declines in growth in emerging and developing economies. "The global economy is now in its steepest slowdown following a post-recession recovery since 1970," the World Bank said. "Under the circumstances, even a moderate hit to the global economy over the next year could tip it into recession."