The figure which is 1.5 times the size of the Ukrainian economy, is considered a minimum and is expected to grow as the war continues, according to a joint assessment by the Ukraine government along with the European government, and the World Bank 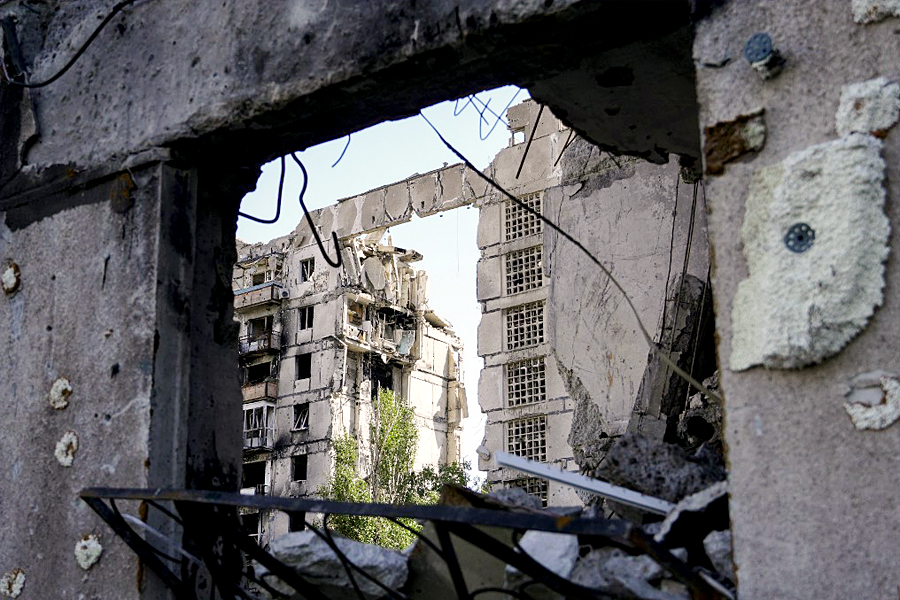 A view shows a ruined residential building in Mariupol on September 8, 2022, amid the ongoing Russian military action in Ukraine. Image: STRINGER / AFP

Washington, United States: Rebuilding Ukraine following the devastation caused by the Russian invasion will cost an estimated $349 billion, according to a report issued Friday.
But the figure, which totals 1.5 times the size of the Ukrainian economy, is considered a minimum and is expected to grow in the coming months as the war continues, according to the joint assessment by the government of Ukraine, the European Commission, and the World Bank.
Physical damage alone inflicted since the invasion in late February through June 1 already totaled $97 billion, the report said.
"The Russian invasion of Ukraine continues to exact a terrible toll, from significant civilian casualties and the displacement of millions of people to the widespread destruction of homes, businesses, social institutions, and economic activity," said Anna Bjerde, the World Bank's regional vice president for Europe and Central Asia.

Over the next 36 months the report estimates that $105 billion will be needed to address urgent needs such as restoring education and health systems and infrastructure, preparing for the upcoming winter through restoration of heating and energy to homes, support to agriculture, and repair of vital transport routes.
Ukraine Prime Minister Denys Shmyhal said reconstruction already was underway in the de-occupied territories but will require help from international partners.
"Only for the first stage, rapid recovery, $17 billion is needed, of which Ukraine needs $3.4 billion already this year," he said in a statement.
Allies have rushed to pump aid into the war-ravaged country, with the G7 and the European Union contributing $39 billion.
Also read: Russia fails to pay debt but denies it defaulted
European Commission President Ursula von der Leyen said the EU has mobilized 10 billion euros "in financing, humanitarian, emergency, and military assistance for Ukraine and another 5 billion euros in financing are in the pipeline."
© Agence France-Presse

Tweets by @forbesindia
3 Ps of profitability: How to bring Indian startup unicorns into the black
Virat Kohli is one of the best cricketers on earth. He's great for cricket: Brett Lee