Photo of the Day: Democrats, Republicans come together to pay 9/11 tribute 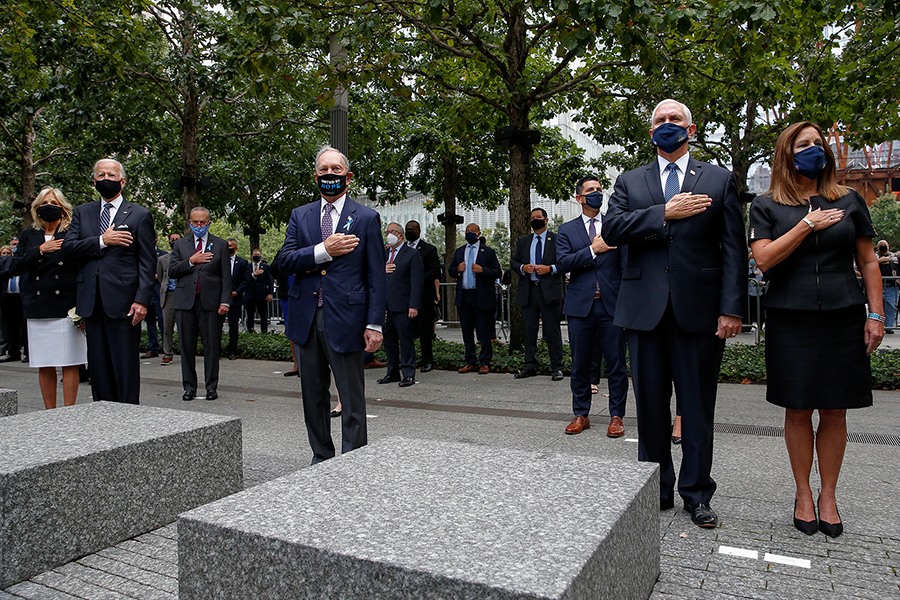 Democratic presidential nominee and former Vice President Joe Biden and his wife Jill, former New York City Mayor Michael Bloomberg, U.S. Vice President Mike Pence and his wife Karen all stand with their hands over their hearts as they attend ceremonies marking the 19th anniversary of the September 11, 2001 attacks on the World Trade Center at the 911 Memorial & Museum in New York City.

Tweets by @forbes_india
19 years since 9/11: 5 Events that changed the modern world
Photo of the Day: Greenpeace protests damage to Amazon rainforest