The Mukesh Ambani-led conglomerate delivered a robust financial performance across verticals including refining, petrochemicals and retail 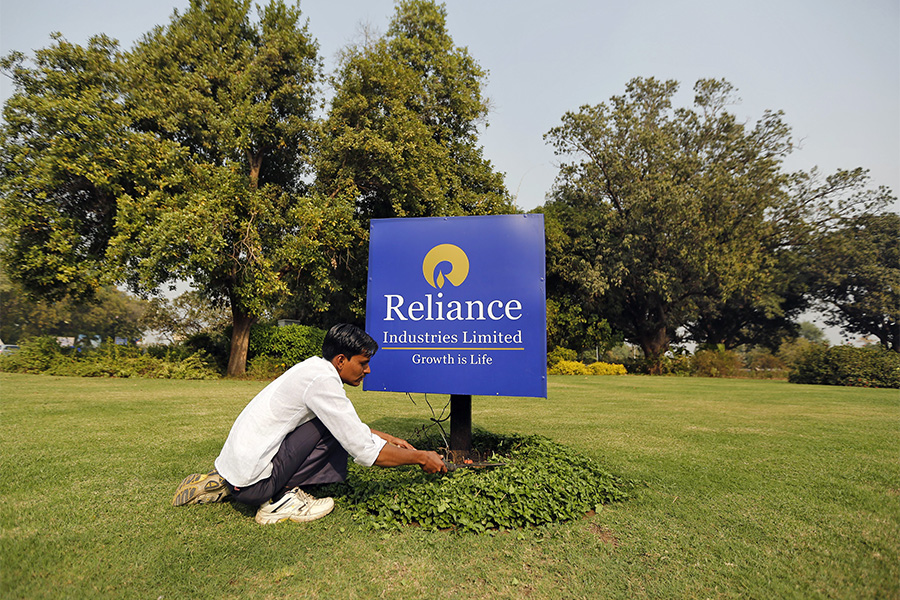 Robust turnover growth and healthy operating profit margins across all its major businesses including crude refining, petrochemicals and retail aided RIL’s stellar show vis-à-vis earnings for the fourth and last quarter of fiscal 2016-17. The conglomerate’s turnover in the January-March period rose 45.2 percent over the year earlier to Rs 92,889 crore, up 45.2 percent over the year earlier and 10.3 percent quarter-on-quarter.

“During FY2016-17, the Reliance team shaped the contours of future growth platforms in the consumer and the energy and materials business,” RIL chairman Mukesh Ambani said in an earnings statement issued after market hours on Monday. “Refining and petrochemicals businesses achieved record levels of profitability, underpinned by our ability to access feedstock competitively from global markets, maintain high operating rates and place products in growth markets. With ongoing projects our portfolio will become significantly more robust and integrated, securing long-term profitable growth.”

RIL said in its statement that increase in revenue for the fourth quarter of fiscal 2017 was largely on account of increase in prices of refining and petrochemical products on the back of higher oil prices, in addition to robust growth in the retail business. The company’s operating profit before other income and depreciation rose 8 percent year-on-year to Rs 11,248 crore due to better margins from the refining and petrochemicals businesses. “This was partially offset due to lower volumes and weak domestic price environment,” the RIL statement said.

The conglomerate also reported substantial savings in interest costs, which came in at Rs 556 crore in the January-March period, versus Rs 842 crore in the corresponding period of last year, on the back of the rupee appreciating vis-à-vis the US Dollar, which made the company’s overseas borrowings cheaper in rupee terms.

In its crude refining and marketing business, RIL reported a gross refining margin (GRM)—or the difference between the value of petroleum products sold and the cost of processing crude—of $11.5 per barrel, up 6.5 percent both year-on-year and sequentially. An earnings preview report by Kotak Institutional Equities had estimated the company to report a GRM of $10.4 per barrel in the quarter.

Though RIL’s quarterly revenue from this vertical was up almost 50 percent year-on-year at Rs 72,045 crore, earnings before interest and tax (Ebit) fell 1.3 percent year-on-year “on account of lower gasoline and naphtha cracks and planned Fluidized Catalytic Cracking Unit turnaround,” which led to marginally lower throughput of processed crude. RIL’s GRM outperformed the benchmark Singapore GRM by $5.1 per barrel.

Earnings from the petrochemicals business grew significantly as well with revenue rising 26.4 percent in the fourth quarter over the year earlier at Rs 26,478 crore and Ebit rising 25.8 percent to Rs 3,441 crore. This was primarily due to a price increase across the product range, which mirrored steady demand and rising crude oil prices.

As has been the trend in the last few quarters, RIL’s retail business performed well during the fourth quarter of 2016-17, registering an 83 percent year-on-year growth in revenue to Rs 10,332 crore. The retail business, which comprises formats including apparel, consumer electronics and grocery, also reported a 90 percent rise in operating profit to Rs 243 crore.

RIL stated that Reliance Jio Infocomm, its telecom and digital services subsidiary through which it has rolled out pan-India fourth generation broadband wireless voice and data services had a customer base of 109 million subscribers on its network as of March 31. Over 72 million of these customers have migrated to Jio’s paid services. All eyes will be on the exact revenue figure that RIL might report for its new telecom vertical in its forthcoming quarterly earnings.

An earnings preview report by BNP Paribas stated that the key focus of the Street during the post-earnings management commentary would be on Jio, where the long-anticipated monetisation of the telecom business has begun.

With a slew of capital expenditure programmes across verticals including refining, petrochemicals and telecom gradually coming to fruition, RIL may substantially add to its earnings in FY18. The company has commenced coalbed methane production from its gas block in West Bengal. It has also completed an ethane cracking project at its Dahej manufacturing unit, which should aid the company’s profit margins in the future. The company is also progressively commissioning subsequent phases of a project at its flagship refining and petchem complex in Jamnagar comprising a Para-Xylene facility, Cracker complex along with downstream plants and gasification. Once entirely onstream, the massive project will meaningfully add to the company’s topline and bottomline.