Extending Your Brand May Dilute its Identity

Nokia, BlackBerry and Samsung are all victims of product line-extensions 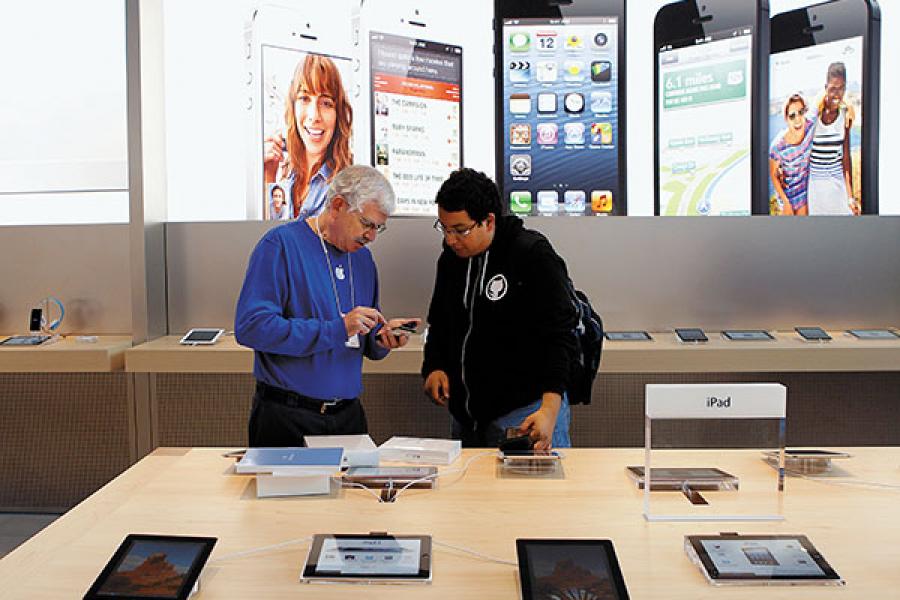 Image: Robert Galbraith / Reuters
Apple has created a new brand out of each of it products

Vijay Mallya, the liquor king who wanted to run an airline, recently told the staff at Kingfisher Airlines that he had no money to clear their salary dues. Mallya, like many businessmen before him, became a victim of the line-extension trap, apart from many other sins. “The line-extension trap means using the same brand name on two different categories of products. Kingfisher beer and Kingfisher Airlines. We have studied hundreds of categories and thousands of companies and we find that line-extension generally doesn’t work, although there are some exceptions,” says marketing expert Laura Ries, who has most recently authored Visual Hammer.

But does such a rigid line against line-extension make sense in this day and age when it is very expensive to build a brand, given the fragmentation of media and its high cost? “We have never said that a company should not line-extend a brand. What we have said is that line-extension ‘weakens’ a brand,” says Ries. But there are always exceptions to the rule, she concedes. “Sometimes, a brand is so strong it can easily withstand some weakening. Early on, for example, the Microsoft brand was exceptionally strong, so the company could use it on other software products and services.”

There is also the recent case of Tide—the leading detergent in America—opening a line of dry-cleaning establishments with the Tide brand name. And it might just work, feels Ries: “Because there are no strong brands or national chains in the category, this can possibly work, although we believe Procter & Gamble, the owners of Tide, would be better off with a new brand name.”

These exceptions notwithstanding, there are many examples of companies that have not fallen for the line-extension mistake and are doing very well. Toyota is one such example. One of the reasons for its success is the launch of three new brands: Scion, a brand for younger drivers; Prius, a hybrid brand; and Lexus, a luxury brand. “Initially, Prius was a sub-brand of Toyota, but the company recently decided to create a totally separate brand. Prius has some 50 percent of the hybrid market in America and is a phenomenal success. The separate brand name will assure its success for decades to come,” says Ries.

What about Apple? Hasn’t it also made the line-extension mistake by launching the Apple iPod, the Apple iPhone and the Apple iPad? “Apple is not a product brand. Apple is a company brand. Nobody says, ‘I bought an Apple’ unless they have just visited a grocery store. They say, ‘I bought an iPod’ or an iPhone or an iPad, three brands that made Apple one of the most profitable companies in the world,” explains Ries.

In that sense, Apple did not really make a line-extension mistake. For every new product, it created a new brand. And the success of this strategy reflects in the numbers. Its competitors, Hewlett-Packard and Dell, line-extended their brands into many of the same products. Both are in trouble: Last year, Apple made $41.7 billion in net profits; Dell made $2.4 billion, and Hewlett-Packard lost $12.7 billion.

But what about Samsung, which has been giving Apple a tough time in almost all product categories that it competes in? “Currently, Samsung is an exception to the principle that line-extension can weaken a brand. But that’s only in the short term. We predict that sometime in the future, Samsung will suffer for its marketing mistake,” says Ries. “What keeps Samsung profitable is the principle that in every category there’s always room for a No. 2 brand. Coca-Cola and Pepsi-Cola, for example.” And Samsung is clearly not as profitable as Apple.

The other two big companies in the mobile phone market have been Nokia and BlackBerry. Nokia recently launched a smartphone called Lumia, and did not fall for the line-extension trap. On the face of it, this is exactly what Ries would have recommended. Given this, why is Nokia losing out in the smartphone business?

There are several reasons behind consumers not considering Lumia to be a brand name. “Look at a Lumia and you’ll see the word ‘Nokia’ in big type. Look at an iPhone and you won’t see the word ‘Apple’, you’ll see the word ‘iPhone’ in big type and just an Apple trademark,” says Ries. Also, Lumia doesn’t have its own website (www.lumia.com is a British IT company site). This makes it very difficult to create the impression that it is a brand. This isn’t Nokia’s first line-extension mistake: Nokia was its brand name for a line of inexpensive cell phones, and today Nokia is using its name for its expensive smartphones, says Ries. 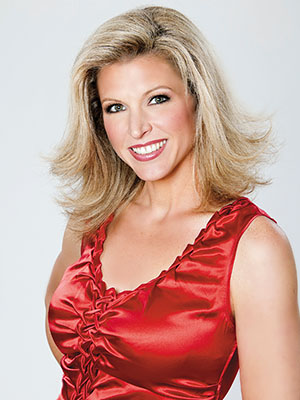 Laura Ries says line-extensions can weaken brands
The BlackBerry story goes along similar lines. On the face of it, the company doesn’t seem to have made a line-extension mistake. But Ries clearly does not buy that. “What’s a BlackBerry? Is it a smartphone with a physical keyboard? Or a smartphone with a touchscreen? It’s both, and that’s exactly why BlackBerry has fallen into the line-extension trap. To compete with the iPhone, the BlackBerry company (formerly called Research In Motion) needed to introduce a new brand of touchscreen smartphone. It’s very difficult to build a brand that has lost its identity.”

And given the lost focus, it’s very difficult for these companies to go back to the days when they were immensely successful. “It depends upon whether either company (i.e. Nokia and BlackBerry) can do two things: 1) Develop an innovative new idea for smartphones, and 2) introduce that innovative new idea with a new brand name. It’s hard for us to tell whether it’s possible to come up with a new idea for a smartphone. It could be too late,” says Ries.

And this could work in favour of Samsung, she feels. “Every category ultimately has a leader brand and a strong No. 2 brand. Since all three smartphone brands (Samsung, Nokia and BlackBerry) are line-extensions, one line-extension has to become the No. 2 brand to iPhone. Samsung made massive investments in product design and development plus marketing investments,” says Ries. So it’s logical that Samsung would become a strong No. 2 brand. Furthermore, they priced their smartphones lower than iPhones, another strategy that increased its market share although not its profitability. This has worked particularly well in Asia, feels Ries.

Apple’s success over Samsung comes with a caveat. As Ries explains it, “Long-term, every category has two major brands. But they are normally quite different. Long-term, we see Apple as the leader in the high-end smartphone category and Samsung as the leader in the ‘basic’ smartphone category. Apple would make a mistake in introducing less expensive smartphones. That would undermine its position at the high end.”

Another massively successful company that has fallen prey to line-extension is Google. It introduced a number of products under the Google brand name, but none have been money spinners like the Google search engine. “Currently, I can’t think of any Google product that is very successful. Google+ is nowhere near as big or as profitable as Facebook. Google’s most successful introduction has been Android, which is now being used by 75 percent of all smartphones,” says Ries. Google bought Android, one reason why it probably didn’t use its own name on the software.What all the examples tell us is that line-extensions have had a sketchy track record. So why do companies fall for it, over and over again?

Then there is the pressure to keep increasing earnings. Chief executives are under pressure to increase sales and profits and they see product expansion (including line-extensions) as the best way to achieve these goals. “The more important strategic decision is the question of ‘focus’. It’s our opinion that the best way into the mind is with a narrow focus. That’s not, however, the majority opinion, at least among top management people. Most companies are moving in exactly the opposite direction. They are line-extending their brands,” says Ries.

Given this, CEOs don’t believe a new brand is worth the cost and effort required. It’s true, too, that many management people equate new brands with expensive advertising programmes.

But that again is a perception that they have. Most big brands in the past 10 years were not built because they advertised left, right and centre. Ries questions the assertion that it’s expensive to create a new brand. “It’s only expensive if a company uses advertising to launch the new brand. In our book, The Fall of Advertising & the Rise of PR, we recommend launching new brands with no advertising at all. Just PR. Advertising doesn’t have the credibility you need to launch a new brand.”

This is because when a consumer sees an advertisement for a new brand, his or her first reaction is, this can’t be very important because I’ve never heard of the brand. And that’s why some of the biggest brands in recent years like Amazon, Twitter and Google used almost no advertising. They did, however, benefit from extensive media coverage, feels Ries.

To succeed in future, companies will have to create multiple brands. “The future belongs to multiple-brand companies. But with one reservation: A company needs to be successful with its first brand before launching a second brand. You can’t build a successful company with two losing brands,” concludes Ries.

(Vivek Kaul is a writer. His Twitter id is @kaul_vivek )