From Marrakech to Miami, the best new hotels-and some reimagined favourites-for the new year 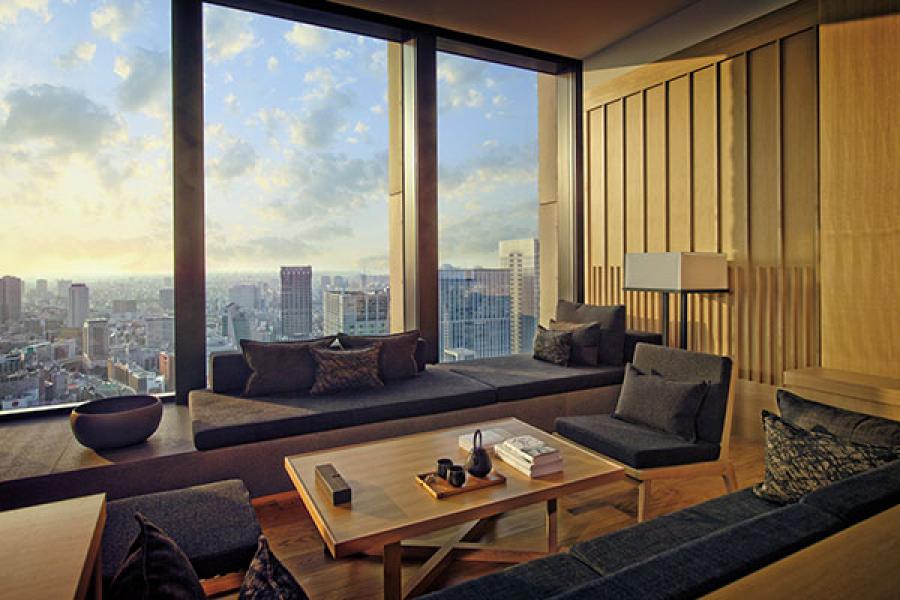 Aman’s first urban hotel, the Aman Tokyo, has the largest rooms in the city, a 1,200-bottle wine cellar and a signature sake

Now that the travel world has truly shaken off the recession, hoteliers are no longer playing it safe. In 2015 big-name brands are branching out from what they do so famously: Mandarin Oriental, known for its outstanding city hotels, is opening a resort just outside Marrakech, while Aman Resorts, whose signature is peaceful sanctuaries in remote places, is coming to Tokyo. The indies are shaking things up, too, as with a pair of former & Beyond executives opening their own private camp in Kenya’s Maasai Mara, and with Alan Faena, who is exporting his audacious namesake hotel in Buenos Aires to Miami. For travellers the new luxury frontiers are in South America, which is safer than ever, easily reached and ideal for soft adventure: Hacienda Bambusa is bringing elegance to Colombia’s Coffee Triangle, and Alex Vik is expanding his empire to Chile. Here’s what to check out when you check in this year.

Aman, Tokyo
Aman junkies don’t ever need to be sold on the brand, but the opening of the first urban hotel promises to offer the faithful—and Aman virgins—a new take on that signature style. Atop a new tower in the posh Ginza district, the Aman Tokyo, which opened in December, has 360 views over the megalopolis and Mount Fuji, a 100-foot-high lobby atrium modeled on a paper lantern, traditional rock gardens and 84 of the largest rooms and suites in the city (starting at more than 700 square feet). There’s also a two-storey spa, a 1,200-bottle wine cellar and a private-label sake. 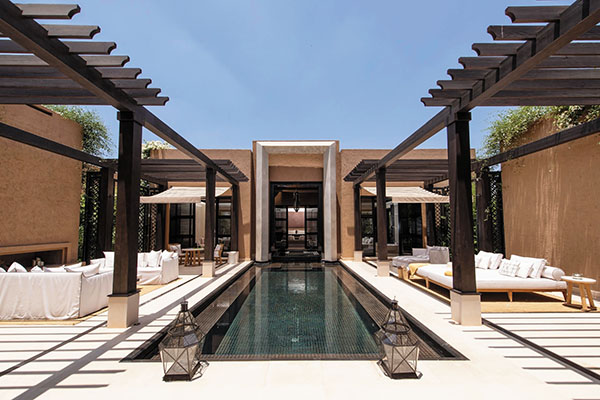 Mandarin Oriental, Marrakech
It’s the best of both worlds in the Red City: All the services of a leading international luxury brand but in an intimate environment with only 54 private-walled villas (with pools, sundecks and alfresco dining areas) and seven suites (some with rooftop plunge pools), and the olive-grove exoticism of the desert Palmeraie region combined with proximity to the historic medina. When it opens in the first quarter of 2015 Mandarin Oriental’s Moroccan outpost—the only resort in its current portfolio—will have the brand’s signature spa, a traditional hammam, lush gardens and five restaurants and bars serving Moroccan and international fare.

Bahia Vik, Uruguay; Viña Vik, Millahue, Chile
With his first small luxury hotels in Uruguay, billionaire entrepreneur/art collector Alex Vik put the boho beach town of José Ignacio on the map. As with Vik’s earlier resorts, his much-anticipated Bahia Vik, which opens in January, has a focus on art and architecture throughout the 11 uniquely designed bungalows (most have two or three bedrooms) and the 10 suites in the main building. And November saw the debut of Viña Vik Millahue in Chile’s Alpaca wine valley. The Frank Gehry- and Richard Serra-inspired retreat overlooks 11,000 acres of vineyards with the Andes rising in the distance, and offers tastings of Vik’s world-class wines and vinotherapy treatments in the spa.

Faena Hotel, Miami Beach
Ten years ago, when Argentinean fashion designer-turned-real-estate-developer Alan Faena opened his namesake hotel in abandoned Buenos Aires docklands, his creative risks more than paid off; The Faena District is now the city’s most valuable real estate. In September 2015 that cheeky spirit is migrating north, with the opening of a new hotel in what was once the historic Saxony. Faena enlisted the masters of cinematic whimsy, Baz Luhrmann and Catherine Martin, to design the 169 rooms and suites, private screening room, theatre for live cabaret shows and spa. And in his US debut, much-lauded Argentinean grill master Francis Mallmann is consulting on the restaurant. 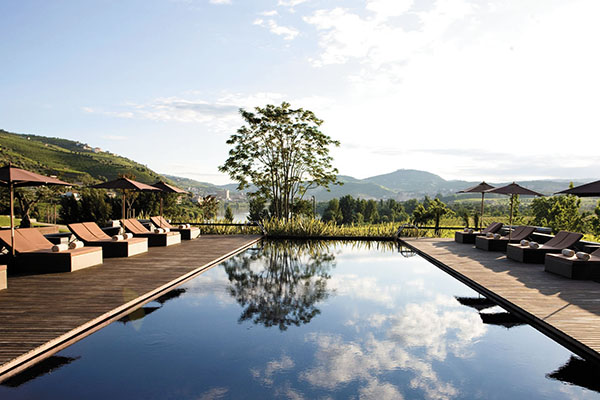 Six Senses Douro Valley, Portugal
Its fans may not be quite as rabid as Aman’s, but Six Senses has developed a cult following among guests who admire its brand of eco-friendly bare-foot (high) luxury in far-flung locations. Opening in mid-2015, the Douro Valley hideaway will finally bring Six Senses’ sensibility beyond Asia. Fitted into a 19th-century manor house in the oldest wine-producing region in the world, the resort has 57 rooms, suites and villas, an extensive spa with locally inspired grape- and olive-based treatments, a large yoga pavilion and the de rigueur local-seasonal-organic restaurant menu, much of it grown on-site, served in the restaurant and at ‘pop-up’ tables set by the Douro River.

Hacienda Bambusa, Colombia
High-end operators like Blue Parallel, Butterfield & Robinson and Absolute Travel are expanding their Colombia offerings for good reason: The charismatic country is finally getting its due, thanks to a stable government, improved safety, investment in luxury travel and convenient jetBlue flights from New York to Cartagena. And there’s now good reason to go beyond the colonial fantasy land of Cartagena into the ‘real’ Colombia with the reopening in December of Hacienda Bambusa, an eight-room hotel overlooking a working hacienda with 500 acres of cacao, plantains, tangerines and pineapples, now managed by a Relais & Châteaux vet. Long a favourite of in-the-know travellers, it’s an ideal base for visiting local coffee growers, hiking in Valle de Cocora National Park and touring nearby rural villages.

Malliouhana, Anguilla
After a three-year closure and considerable investment by its new owners (who decline to say how considerable) the legendary Malliouhana reopened in November, exactly 30 years after its debut. Aside from the distinctive architecture and staggering sea views, the place is virtually unrecognisable.

The new look is relaxed, playful and colourful, with mint walls, mirror-tiled floors, a wall full of diving bells and the resort’s original paintings depicting jungle scenes from the Garden of Eden. Gone is the heavy French food and costly Old World wine list, replaced by the delicious, contemporary cooking of Jeremy Bearman, who received a Michelin star (five times) as the chef of New York’s haute clean-eating temple Rouge Tomate.