Is there room for home-grown business books? Random House and IIM-A aim to find out 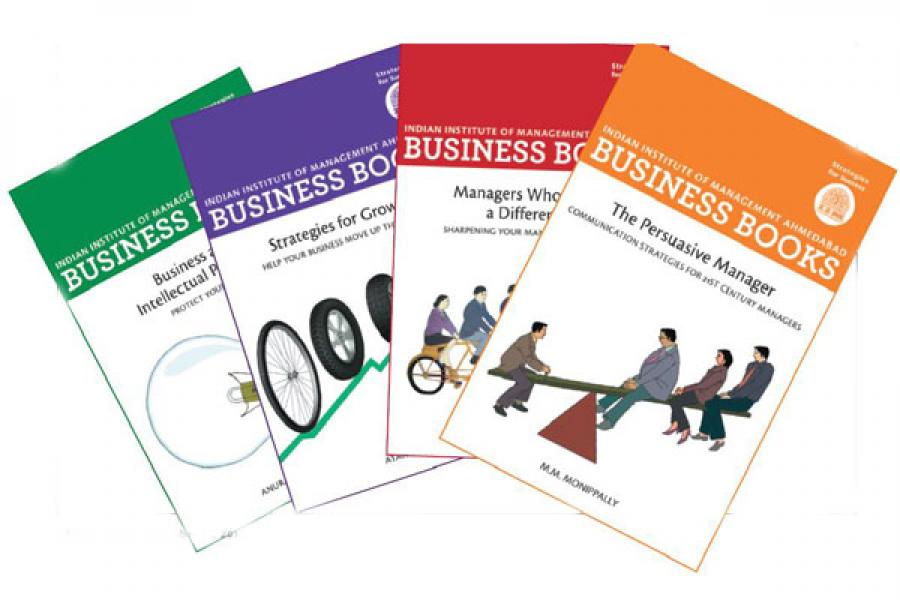 Look at the bookshelves of any young MBA on the fast track, and it’s likely you’ll spot the usual canon: Kotler, Welch, Gladwell. With the exception of a C.K. Prahalad, you’re unlikely to see an Indian name on the spines; ironic, considering which part of the world the word ‘guru’ came from.

Sometime in mid-2009, Random House India (RHI) decided it would change that, with a series of business books that could be understood by the average reader; books that spoke about India and the Indian mindset. “We wanted Narayana Murthy, not Jack Welch,” says Chiki Sarkar, RHI’s editor-in-chief.

Many debates later, the edit team agreed that instead of relying on individual authors, it made better sense to tie up with a good business institution. In a happy coincidence, the Indian Institute of Management, Ahmedabad, was approaching its golden jubilee. IIM-A professors had been honing some of India’s best minds. No reason why they couldn’t write books for the many lakhs who don’t make it into their hallowed halls.

S.K. Barua, director, IIM-A, was only too happy to collaborate. The institution’s 50th anniversary would fall on December 11, 2010. Perfect time to launch the first publishing programme by a major Indian academic institution.

The venture’s first four books are divided between two categories: Soft skills, aimed at junior and mid-level managers (starting with How to be A Better Manager by T.V. Rao and The Persuasive Manager by M. Monippally.); and niche subjects for higher management and specialists (where the first two are Strategies for Growth by A. Ghosh and Business and Intellectual Property by A. Agarwal). All of them, though, use Indian examples and Indian case studies. And there’s no overdose of jargon either. “Professors generally tend to write journal papers,” says Monippally. “These are not accessible to the general public and most managers don’t read them.” So IIM-A’s quartet of authors are aiming to keep it simple and lucid.

Random House is starting cautiously, with a print run of 5,000 copies of each book, and pricing them at Rs. 299. The authors will get royalties in line with market rates, and a small percentage from the sale of each book will go to IIM-A. They hit bookstores on November 5; sample chapters from each book are available for free download at iimabooks.com.

Will Indian management writers ascend to the canon? Comment on the online version of this article or email life.forbesindia@network18online.com

Tweets by @forbesindia
Jonathan Morduch: Come What May
Financial Inclusion Models from Around the World