With its palatial mansions, high-end stores, designer outlets, restaurants, and hotels, London is a Mecca for wealthy Indians. Here, ultra high net-worth individuals can create what one marketer calls “cocoons of luxury, pastures of isolation, the unbranded, branded experience”. Here’s why: 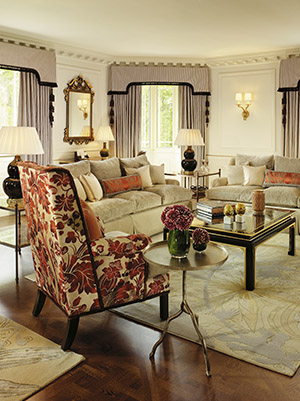 Hotels
The Dorchester, with its 50 suites, is a hot favourite with the billionaires’ club. The Dorchester Collection of luxury 5-star hotels includes the contemporary 45 Park Lane, often used by younger family members, and Coworth Park by Ascot, handy for doting parents escorting their children to and from Eton.

This September, socialite Bindiya Chanrai had her pre-wedding party in the Dorchester ballroom.

Recently, Waymade Healthcare co-founder Vijay Patel also organised a lavish sit-down event there. The hotel’s senior chef, Uday Shankar, shares a personal relationship with many Indian guests and ensures they have their hearts’ desires. China Tang at the Dorchester is the most expensive Chinese restaurant in town and is frequented by rich, fun-loving chaps such as Dr Rahul Nanda, the chairman of TOPS Security who’s also on a British newspaper’s rich list. Nanda makes sure he eats there at least “once every three weeks”. 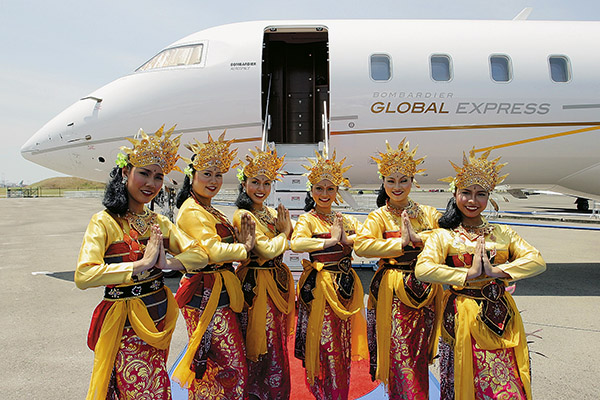 
Jets and Terminals
When an Indian billionaire flies into the UK in his private jet, he uses a fixed base operator, like Biggin Hill aerodrome or Luton near London, so that he can be driven to his hotel or home minus the fuss of customs and immigration. Britain’s richest man and NRI steel tycoon Lakshmi Mittal is a frequent flyer who is reported to have visited up to three countries a day in his Gulf Stream G550, part of a fleet that includes an Airbus ACJ and a Boeing Business Jet. Reliance ADAG Chairman Anil Ambani has a Bombardier Global Express, just like Bill Clinton and Steven Spielberg, and also crisscrosses the globe in a Falcon 7X or a Falcon 2000. 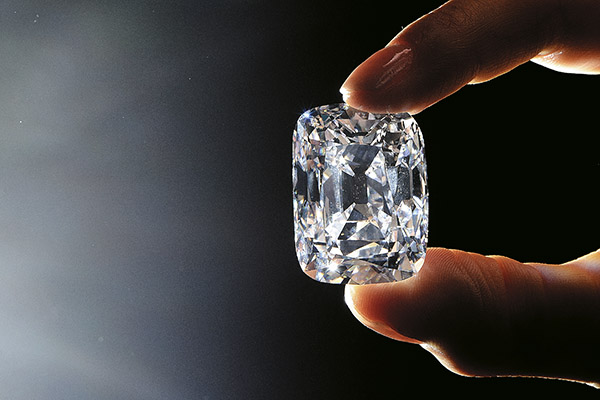 Jewellery, Art and Antiques
Where do Indian billionaires buy most of their jewellery from? Surprisingly, their homeland! Rahul Nanda’s wife Winnie, for instance, visits Ghana Singh stores whenever she’s in Mumbai. In London, Christie’s, Sotheby’s and Phillips de Pury & Company are venues that the super-rich regularly monitor for collectibles. Recently, Rajesh Agrawal was at a Phillips de Pury private dinner to view a new collection of art by Andy Warhol and Damien Hirst. His table companions? Donatella Versace and Yoko Ono. 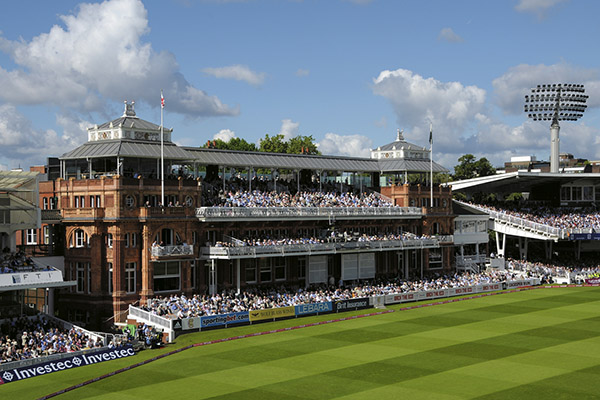 Image: Sarah Williams
Sports Arenas
The religion of cricket reigns supreme in India and devotees include our billionaires, who line up to pay obeisance at Lord’s Cricket Ground. Here, they hold their collective breath while fortunes swing—but on the pitch, not inside the boardroom! Rohit Narang, head of sales of an Indian firm in London, has entertained many clients in his company’s private box at Lord’s; it costs £75,000 for a full season. Football stadia, too, are playgrounds of the rich and the famous. Rajesh Agrawal, CEO of RationalFX and a new entrant to a British newspaper’s rich list, sponsors Birmingham City. The club returns the favour with a not-for-sale box that houses a bespoke bar and serves three-course meals. (Lower rung standard boxes start at £60,000/yr).

Agrawal is also a member of Birmingham FC’s director’s club where he gets to rub shoulders with luminaries like Manchester United manager Sir Alex Ferguson. 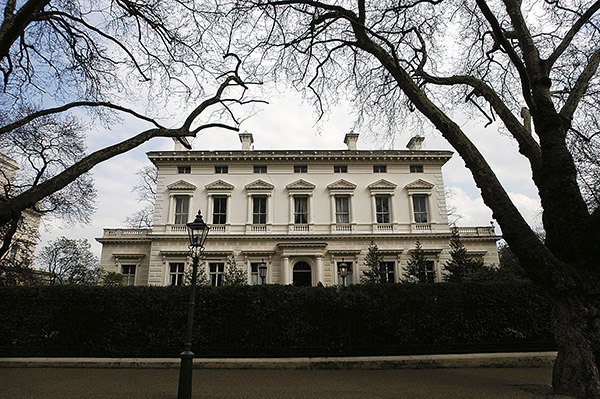 Image: Getty Images
Homes
Lakshmi Mittal set a record about a decade ago when he bought a 12-bedroom mansion in leafy Kensingston Palace Gardens, one of the most exclusive addresses in the world, for £57 million. In 2008, Mittal surpassed his own record for splashing the most cash on a house by buying a £117-million property in the street next to the private avenue that backs onto Kensington Palace. Vedanta group Chairman Anil Agarwal owns a home in Hill Street, Mayfair. Author and cultural commentator Stephen Bayley spots a reverse colonisation trend: Indian billionaires now own some of the most iconic British imperial residences in London. The Hinduja brothers converted four Grade 1 listed buildings into one divided palatial 50-room home in Carlton Terrace. This one used to belong to King George IV. Clearly, Indians are the new monarchs. 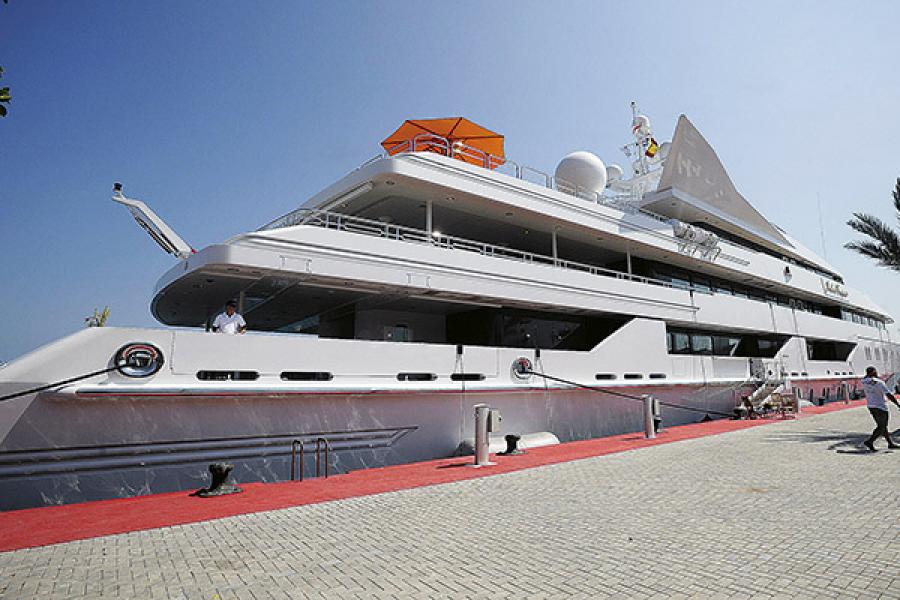 Image: Getty Images
Vijay Mallya's Indian Empress
Private Yachts
Billionaires from South Asia are gradually warming  to the delights and thrills of private yachts. Vikrant Bhalerao, the CEO of London-based Credere Wealth, which focuses on ultra high net-worth clients from emerging markets, says Indians are more likely to charter a yacht than to buy it. “While cars and jets have a functional value, Indian billionaires are still discovering the pleasures of owning private yachts,” says Bhalerao, a qualified yachtmaster himself. One notable exception is Vijay Mallya, who’s sailed into the European glitterati set with his rocking super-yacht parties in Monaco on board his $100 mln Indian Empress. 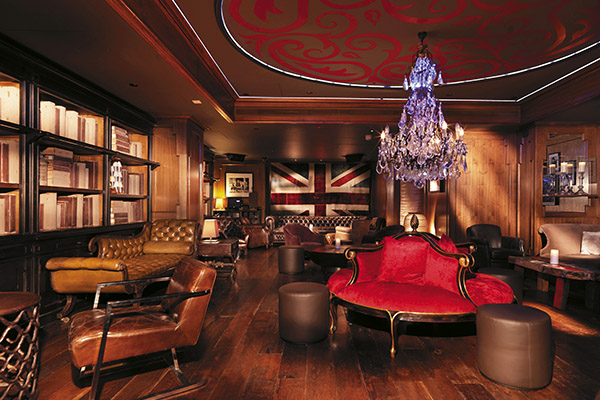 Fine Dining
The restaurant du jour for elite Indians is Novikov, where a meal with drinks would cost about £250-£300 per person. Rahul Nanda celebrated his 41st birthday in style at this chic pan-Asian and Italian eaterie. Zuma, a Japanese restaurant owned by Divya Lalwani—the daughter of Binatone founder Gulu Lalwani—is a favourite with Rajesh Agrawal for its ambience, its fare and its Knightsbridge location. Oh, and he’s a pal of the Lalwanis, too. Small world, this millionaire-billionaire club, huh? 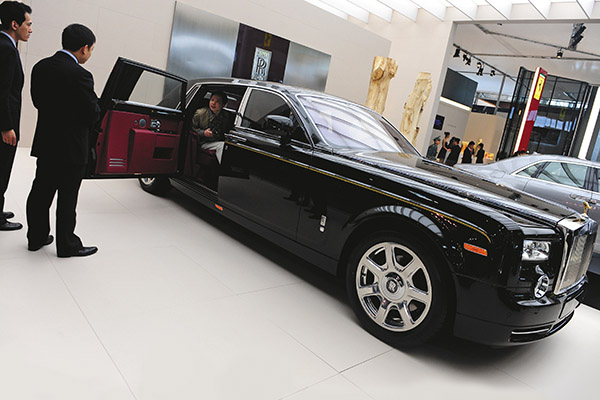 Cars
While the young and the restless might choose a Ferrari Enzo, the older Indian billionaire likes to be chauffeured around in a Rolls Royce Phantom (EWB). Stephen Bayley says sales of the £400,000-car are rising. Lakshmi Mittal and Vijay Mallya both have EWB Phantoms in their collections. Christine Clarkin, brand manager at HR Owen, the only Rolls Royce showroom in London, says there’s no end to spending on giving high-end hot wheels a bespoke touch. “Engraving in the veneers, own logos, unique paint colours; anything is possible. One HNI had his silky car cover, which fits like a glove, match the colour of his car and embroidered with his initials. So even when the car’s asleep, it’s still his.” 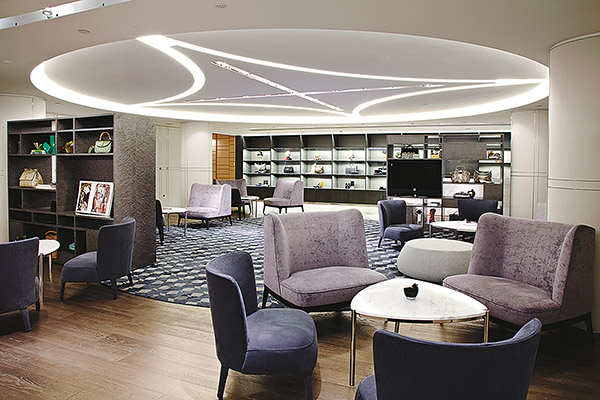 Fashion estinations, Designers, Shopping
Dunhill Bourdon House in Davies Street is a shopping paradise for men (ties here can cost up to £1,000) while women love Chanel and Louis Vuitton. Ultra high net-worth clients can enjoy extra attention in an LV apartment atop its flagship London store. Rajesh Agrawal frequents Harrods and Thomas Pink in Jermyn Street, and trusts Ede and Ravenscroft, London’s oldest tailors, to fit him out. Rahul Nanda raves about how Rahul Agasthi designs him six suits a month compared with a Savile Row tailor who takes six months to make him one. For wife Winnie, it has to be Neeta Lulla. Winnie also uses a ‘By Appointment Service’ at Harrods that offers personalised shopping experiences in any or all three private in-store apartments. Vikrant Bhalerao says billionaires who want “timepieces, not watches” fly to the Rue du Rhone or Quai du Mont-Blanc in Geneva for a Patek Phillipe or a Richard Mille. While a Patek can cost anything between £50,000 and £1 million, a limited edition Richard Mille carries a price tag of £1 million and upwards. Rahul Nanda and Rajesh Agrawal, on the other hand, are both Rolex fans.