Increasing Role of Technology in Our Lives

Genevieve Bell who has been called Intel’s ‘secret weapon’ provides a anthropologist’s point of view on the increasing role of technology in our lives, and how it isn’t changing us as much as you might think 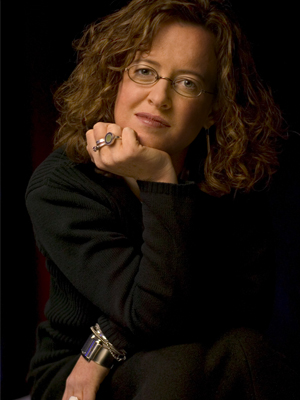 Dr. Genevieve Bell is an Australian-born anthropologist and researcher

Internet use and social networking have exploded in recent years, bringing a wide array of new tools to the masses.  Has human behaviour changed as a result?
It hasn’t changed as much as you might think, because the things people care about are remarkably consistent over time, and they change far less quickly than technology changes.  They include things like having a sense of purpose and a sense of place, a feeling that there is a community of people with whom we have relationships -- including family and people who share our interests.  As human beings, we’re also fundamentally interested in finding good stories. The abundance of social media and new technologies have changed some of the ways we express these things, but I don’t think they’ve created new desires in us that weren’t already there.

You lead a diverse team that travels the globe to ‘scope out the locals’; what have been some of your key learnings?
My team consists of ethnographers, social scientists, designers, human factors engineers and computer scientists, and we’ve studied people in Indonesia, Egypt, India, Latin America, Africa, China, Western and Eastern Europe. Our goal is to get a sense of what makes people tick -- what they care about, what they’re passionate about, and what frustrates them. All of these things are really important. For me, one of the key take-aways has been that technologies don’t always develop at the same rate or in the same order. The progression isn’t always, ‘First you had a desktop at the office and then a laptop, then you brought the laptop home, then you got a pager, then a cellphone, then a Smartphone and then a Tablet’. In many places around the world, that is not the way people have experienced technology.  Many started out with cellphones in cyber cafes, where they shared the Internet with many other people, and that model has persisted for a decade in some markets, such as India. So the patterns that appear so clear in one part of the world can change dramatically when you go somewhere else.

Intel also hired you to help it better understand women.  What have some of your key findings been on this front?
I just finished pulling together some astonishing new data which shows that in 2011, women became the majority users of most of the technology on the planet.  We’re still about 40 per cent of Internet users, but we spend more time online than our male counterparts – about 20 per cent more per month. Likewise, women own 50 per cent of Smartphones, but we send more text messages than our male counterparts and we use more location-based services. Women are also the lead users of Skype and Facebook, and the dominant users of most social media technology -- to the tune of 60 per cent of users and far more than that of regular traffic. Women also represent 60 per cent of eBook owners (and are more likely to have pirated books in their possession) and they make up about two-thirds of the audience that is downloading or watching full-length TV shows on the Internet.  Basically, when no one was watching, women crossed the ‘digital divide’.

Intel is known for making processors, not consumer devices. Why is it so interested in all of this?
Intel doesn’t just make micro processors anymore. For over a decade, we’ve also been making whole platforms that include our micro processors but also includes software and drivers. Intel actually helped invent USB and Wifi, and we’ve spent a lot of time working on ways to enable our technology to ‘talk’ to other things. We are increasingly involved in software and even in user interfaces. I think for a company like Intel, the reason to have access to skills like mine is because it enables the company to look at where the future is going.

I think back to Centrino -- which was an Intel platform from many years ago. This was the first time Intel made a mobile micro processor or mobile platform, and we really had to work at it to  imagine people being mobile with their computers.  This entailed thinking   very differently from when people were stationary at a PC; it involved  things like battery life and being wireless, connectivity and weight and height. Even in those days, Intel wasn’t going to produce a laptop to sell to the public, but if we couldn’t work out what the laptop that housed our product was going to be like, we couldn’t make the right decisions, and that’s still true today. If we want to think about what the next generation of phones is going to be like -- or tablets, or in-vehicle technology -- we have to have a point of view about what those technologies are going to do and what people want from them. That point of view helps to inform the decisions that are made at the silicon level all the way up to the drivers, hardware and software.

You recently said that “The Internet has changed our ideas about time, information access and availability and appears imbued with morality.” Please explain what you meant.
I was thinking about the ways in which new technologies ‘appear’ in the world, and I was struck by the fact that the ones that persist -- the ones that make the most difference -- have three key attributes: they possess the potential to change our relationship to time and space and our relationship to each other. Think about electricity, for instance: it changed our relationship to time, because we could suddenly make nighttime daytime, and it changed to our relationship to space because different spaces could be inhabited in completely different ways -- you could occupy outdoor spaces at night and heat buildings in the winter.  It also changed our relationships with  each other, because we had lots of new ways of engaging with people that hadn’t been possible before. The same goes for the radio, television and the Internet.

One thing I find interesting is that the technologies that restructure our relationships to time, space and other people also tend to create great anxiety, and this is often expressed in a form of ‘moral panic’. If you think of the introduction of electricity, when the first Senate hearings were happening in the U.S. about domestic electricity, one of the arguments against electrifying people’s homes was that it would make women and children vulnerable to predators (because the lights would reveal that they were home at night.)

I think that’s fascinating, and it sounds remarkably like some of the anxieties we hear about the Internet these days, with people worrying about predators.

There’s also something really interesting about the fact that  once something like electricity or the Internet comes along, people ‘have to have it’ -- and there’s something wrong with you if you don’t. Think about the way we talk about people being connected; there’s a sort of ‘connectivity imperative’ at this point: if you’re not online and connected, we don’t know how to account for you; there’s no word to talk about someone who is not an Internet user except that they are a ‘non-user’.  We don’t know what they’re doing instead -- we can only document them by the thing they’re not doing.

While connectivity gets plenty of ink, you believe disconnectivity is becoming increasingly important.  Please discuss.
One of the things we’ve seen in our research and in lots of other places is that for many human beings, the tension between the devices in their lives that make them feel like they work better when they are constantly connected to content and the Internet – and the fact that human beings function better when they’re intermittently disconnected. If you think about it, every major world religion and every world system has built-in downtime -- times when people are in prayer or meditation, in sacred places with their families, not talking about work, whether it’s the Sabbath or Lent or Chinese New Year. There are all these customs and ceremonies that we have built up to create these moments where we are disconnected from the ‘everyday-ness’ of life, and technology has breached that wall of disconnection. I think for many people, this has been uncomfortable.

I’ve spent time with people who were going through some really interesting conversations in their families and in their marriages.  For instance, a wife might say to her husband, ‘I’m so glad you have an iPad, but please don’t use it in bed.’ Some people are now choosing to have their weekends without the Internet, or deciding that their kids shouldn’t be online except for a certain amount of time every day.  Others might go on vacation without bringing technology with us, or they’ll only activate it once a day. It’s important to remember what a short period of time all of this technology has been with us; it’s less than a decade, so as societies and cultures, we’re still working through what the rules are going to be about how this is going to fit into our lives. As the technology stabilizes a little bit, I think many people will be having these sort of broader conversations about, How much of this stuff do I really want in my life, and What are the right times and places for it? It will take a little while for this to play out.

What does the future hold for the woman who has been called ‘Intel’s secret weapon’?
I actually hope my future looks dramatically like my present: I have a job that I love, I work with people I respect and who challenge me, I have an amazing team that’s doing great work and I want all that to continue. I might like to do some more field work, which I really enjoy, and I have about three articles and a book knocking around inside my head that I should let out to make more room in there. But overall, I get to do work that matters and that has an impact, and that has always been the bar for me. As long as that continues, I will be a happy camper.