South Africa: The Men Who Matter

Business magnates, king makers, champions of the African cause ­— the most influential people in South Africa 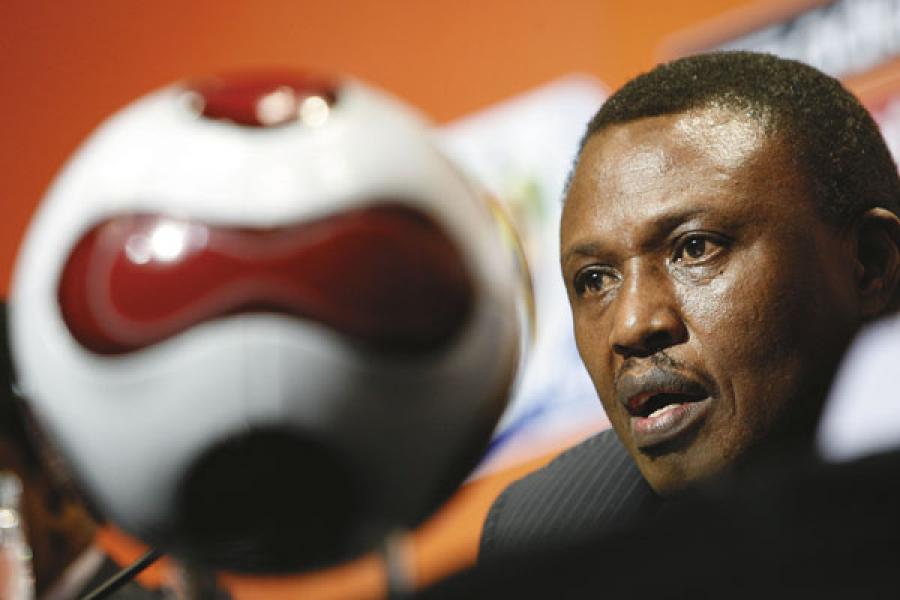 Irvin Khoza
Chairman, 2010 World Cup Local Organising Committee
The country’s most powerful sports administrator, Iron Duke (as Khoza is popularly known) was instrumental in getting this year’s Football World Cup to South Africa. After being kicked out of Orlando Pirates Football Club in 1980 as secretary, Khoza made a triumphant return a decade ago and has turned the body into a money-spinning venture. Often embroiled in scams and scandals, Khoza was recently again in the news when his daughter gave birth to President Jacob Zuma’s 20th child. Khoza was known to be close to the President, who is six years older than the football czar.

Archbishop Thabo Cecil Makgoba
Like his predecessors Njongokulu Ndungane and Nobel Peace Prize winner Desmond Tutu, Archbishop Makgoba has used his position to take a political stance on various current issues — thereby proving that his young age (at 47, he was the youngest to take the position in 2007) is not a handicap. He might be leading four million members of the Anglican Church in South Africa, Lesotho and Angola, among many African countries, but his influence surpasses governments and denominations. Few question him being called the keeper of national consciousness. 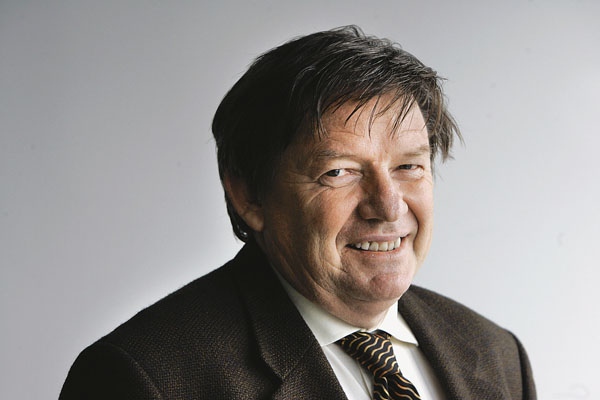 Image: STR New/ Reuters
One of the foremost mining professionals in South Africa, Bobby Godsell was the CEO of mining giant AngoGold and was later the chairman of Eskom Holdings. Apart from being a member of the National Planning Commission, after being handpicked by President Jacob Zuma, Godsell chairs Business Leadership South Africa, an association of South Africa’s largest corporations and major multinational companies with a significant presence in the country. An organisation à la CII of India, Business Leadership South Africa “is an influencing/catalytic body which commissions research, facilitates projects and co-operates, as appropriate, with the broader business community and with government.”
Nyameko Barney Pityana
VC, University of South Africa
Pityana is a lawyer, theologian, academic and a champion of human rights. His research in theology, especially its interface with politics and culture, has been read and debated nationally and internationally. He was one of the founding members of the influential South African Students’ Organisation and was also an integral part of the Black Consciousness Movement. Since 2001, he has been the Vice Chancellor of the University of South Africa, the country’s largest learning centre with more than 200,000 students. It specialises in distance learning.
Patrice Motsepe
Entrepreneur 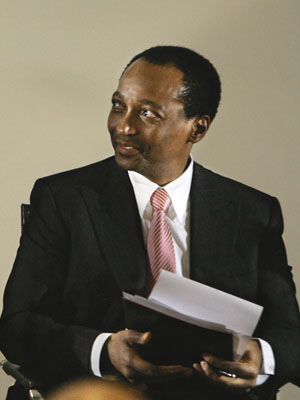 Motsepe is South Africa’s first black billionaire. He literally hit gold after buying unprofitable mines and then turning them around. His company, African Rainbow Minerals, now also has interests in ferrous metals, base metals, and platinum. Often called South Africa’s mining oligarch, Motsepe’s relatives are among the most influential in the country. He is married to a medical-doctor-turned-fashion-impresario. Motsepe’s sister, Bridgette Radebe, heads a mining company and is married to Justice and Constitutional Development Minster Jeffrey Radebe.Image: Siphiwe Sibeko/ Reuters 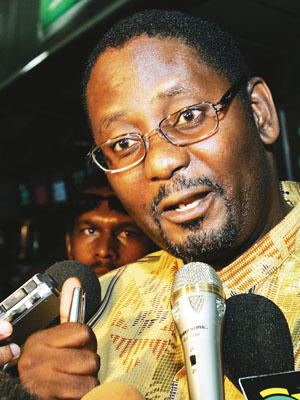