Despite sinking and losing crores in the aviation sector and fighting corruption cases, Sun Group's Kalanithi Maran has managed to increase his wealth. But can this last? 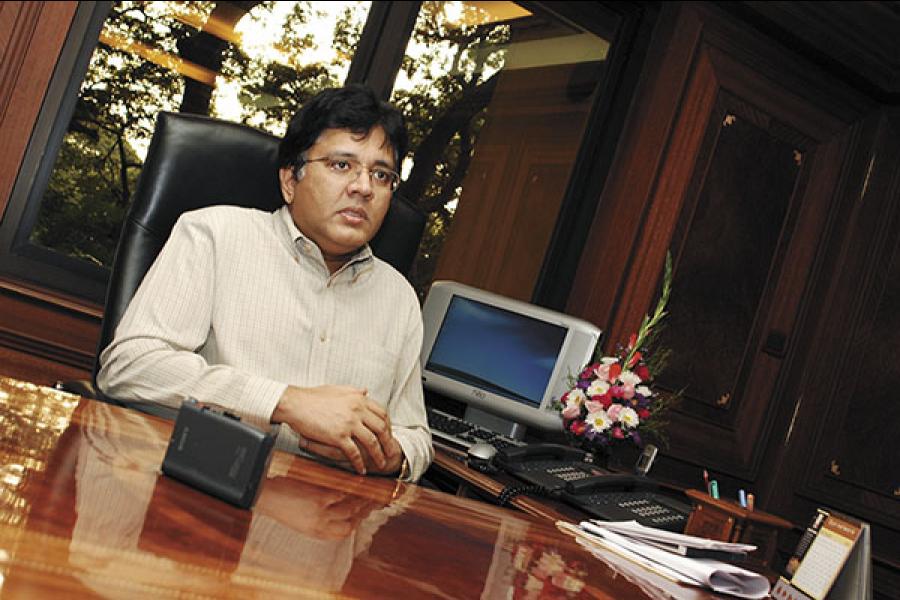 “If you want to be a millionaire, start with a billion dollars and launch a new airline,” said Richard Branson, founder of the Virgin Group. His words have proven to be prophetic with many entrepreneurs losing their billions in the aviation sector.  In India, Vijay Mallya (Kingfisher Airlines) and M Thiagarajan (Paramount Airways) have experienced the bitter truth. But there is one person who, despite his aviation misadventures, continues to hold on to his wealth: Kalanithi Maran, chairman and managing director of Sun Group.

The Chennai-based media baron entered the aviation business when he acquired SpiceJet, India’s second largest low-cost carrier, in June 2010 for well over Rs 1,000 crore, only to exit it in January 2015 after the airline ran out of cash and was about to shut down its operation. This misstep did not make a big dent in Maran’s fortunes. The 51-year-old entrepreneur’s wealth has actually increased from $2.32 billion in 2013-14 to $2.65 billion in 2014-15, moving him up to 32 in the 2015 Forbes India Rich List (from 38 last year). For three consecutive years, Maran and his wife Kaveri (executive director of Sun Group) also remain the highest paid corporate executives in India. In 2014-15, they each took home a salary of Rs 61 crore. (The family declined to talk to Forbes India for this story.)

Maran’s wealth continues to rise despite the Sun Group waging battles on many fronts. For one, Maran is mired in a money-laundering case opened by the Central Bureau of Investigation (CBI) in 2011 against his younger brother Dayanidhi Maran, who was Union telecom minister between 2004 and 2007. The CBI has accused Dayanidhi of forcing C Sivasankaran (promoter of telecom provider Aircel) to sell his company to Malaysia-based Maxis Communications Berhad, which later invested money in the Sun Group.

In its chargesheet, the CBI has alleged that an “illegal gratification” of Rs 629 crore was received by Sun Direct from Maxis Communications. Sivasankaran, in his complaint to the CBI, alleges that in 2005, Dayanidhi misused his powers as a telecom minister and withheld interconnectivity facilities to Aircel till the deal with Maxis was signed. The Sun Group and Dayanidhi have denied any wrongdoing; the matter is in court.

Dayanidhi has also been accused of setting up an illegal telephone exchange with at least 323 high-speed lines at his residence in Chennai, ostensibly for the benefit of Sun TV which allegedly used the facility for data transfer, video streaming and television broadcasting. This case is now with the Supreme Court.

The fallout of these two investigations has affected Sun TV Network, which is Maran’s cash cow. The Ministry of Home Affairs recently decided to withdraw security clearance for Sun TV effective December 2015 on the grounds that allowing it to function would be a threat to national security. This move, however, has divided the government, with the Ministry of Information & Broadcasting arguing that television channels should not be prevented from operating simply because criminal cases are pending against their promoters. The government has indicated that a final decision will be taken collectively.

These margins are a result of a unique business model put in place by Maran. For the most part, Sun TV, unlike other channels, does not invest in content. It merely offers slots to various television serial producers for a fee. It is up to the producer to spend money and recover cost by selling airtime for that slot. This keeps Sun TV’s working capital requirement down, and gets reflected in low interest costs. In 2014-15, interest expenses for the company stood at just Rs 2.2 crore. The only investment Maran makes in content is in getting television rights for films.

It helps that Sun TV has a stranglehold on viewership, especially in its home base of Tamil Nadu. According to data from the Broadcast Audience Research Council, the gross rating points of Sun TV in week 36 this year was 1,296, while competitor Star’s Vijay TV in Tamil Nadu got only 351 points for the same period. Successful producers flock to Sun as they can sell advertisement airtime easily and at a high rate.

“Almost 70 percent of any advertising budget will go to Sun TV,” says a marketing executive of a rival channel, who did not want to be named.

One way to take on this model is for a television network to invest in good programming. But that is a risky bet, even for well-funded networks, say media experts tracking this sector.

“He [Maran] has benefitted from the first mover advantage,” says PV Kalyanasundaram, chairman and managing director of Polimer Media Pvt Ltd which runs Polimer TV, a competitor to Sun TV in Tamil Nadu. “Not to mention the enormous political backing he got to entrench his business.”

Kalanithi Maran is the grand-nephew of Dravida Munnetra Kazhagam (DMK) leader and former Tamil Nadu chief minister M Karunanidhi. His father, the late Murasoli Maran, was an MP for 36 years and held the post of Union Minister for three central governments. In his limited past interactions with the media, the reclusive Maran has denied political connections as a reason for his business success. He’s always pointed out that in Tamil Nadu, where the bulk of his business is present, the DMK and its arch rival, the All India Anna Dravida Munnetra Kazhagam (AIADMK), have been in power alternately. But equally, it is also true that the DMK had been a part of the government at the Centre between 1996 and 2013. And by the time J Jayalalithaa’s AIADMK came to power in Tamil Nadu in 2001, Sun TV had become a household name in the state.

Maran’s decision to enter cable distribution was the key to the Sun Group becoming a strong number one in Tamil Nadu; Vijay TV is a distant number two.

“When DMK was in power [in Tamil Nadu] between 1996 and 2001, Sun TV entered the cable distribution business [SCV]. It took over existing operators and established a monopoly in Chennai and other major cities in Tamil Nadu,” says a senior official working in a competing channel. The official, who did not wish to be named, was closely associated with Maran in the early days of Sun TV, but subsequently fell out with him.

“My cable distribution business across 18 districts was taken over by SCV overnight,” says Polimer’s Kalyanasundaram, one of the few critics willing to come on record for this story. He was a leading operator in the mid-1990s, and says that in a single move, SCV gained a significant control over the market. Many other operators were also taken over.

Control over distribution enabled Maran to promote his channels and keep competition at bay. (The Sun Group declined to talk to Forbes India or give their account of SCV’s expansion.)

Maran is a canny businessman. He was smart enough to realise that the distribution clout he enjoyed would not be permanent considering the political situation in Tamil Nadu. With an eye on the future, he ventured into the DTH arena and launched Sun Direct in 2007. Today, the distribution business is all but gone (SCV operates in just a few localities in Chennai) with the Tamil Nadu government’s Arasu Cable taking over the operation. And despite this shift in power, Sun TV, with its army of subscribers and superior content, has not been affected.

Given the political power play in his home turf in Tamil Nadu, there was a lot of interest when Maran acquired SpiceJet in 2010. His critics were curious to see whether he could succeed in the national arena in a highly competitive sector.

The fact that he had to exit SpiceJet was a blow to his reputation as a man with the Midas touch.

“When I left this airline it had a cash flow of about Rs 750 crore, and when I reacquired the airline [this year] it had liabilities of around Rs 2,200 crore. So a significant amount of money was lost in the intervening four years of 2011 to 2015,” Ajay Singh, co-founder of SpiceJet, told Forbes India in an unrelated interview. “I think it was the lack of experience. An airline is a very hands-on business and for somebody who doesn’t know it, it is tough to operate.”

According to Maran’s friends and associates, exiting SpiceJet was a big relief for the entrepreneur. The Sun Group is on a steady footing because of this exit, but his critics see fresh challenges emerging.

“The viewers are changing, but Sun TV is refusing to change accordingly. It still prefers to run serials that are not in tune with current times,” says Kalyanasundaram.

And while these changes are yet to have a significant impact on Sun TV, its heady margins are slipping. Its operating profit margin in 2011-12 was 84 percent and net profit margin 40 percent, as against the current 76 and 33 percent respectively.

Critics say that Sun TV’s channels in other languages—Surya (Malayalam), Gemini (Telugu) and Udaya (Kannada)— have lost viewership share, and Maran is slowly but surely being forced to produce a few non-Tamil serials, moving away from his well established business model of not investing in content.

However neither his critics (who refused to come on record for this article) nor his associates are willing to write him off just yet. After all, he has proven his knack for holding on to his billions.

(This story appears in the 27 November, 2015 issue of Forbes India. To visit our Archives, click here.)

Tweets by @forbesindia
Maiyas Beverages and Foods: One bite at a time
For GM Rao, family legacy matters