The cricketing legend is the luxury brand's ambassador for India and South Africa; he will promote its ongoing partnership with Unicef to provide quality education to children 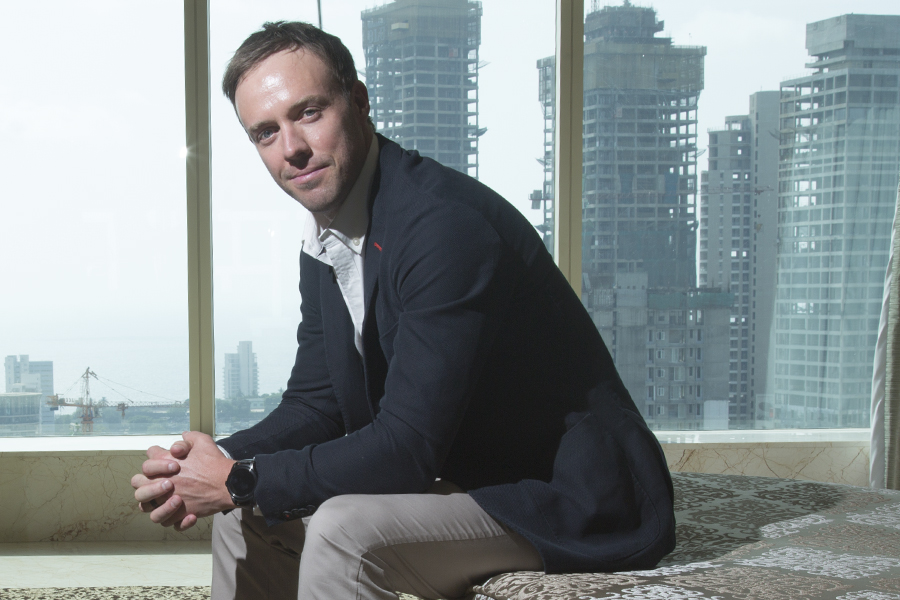 “I truly believe that writing has the power to change the world,” says cricketer AB de Villiers. “I recently slipped a letter in my wife’s passport when she was leaving for South Africa… and she responded with a text message later, saying how much that meant to her.” The cricketing legend relegated the audience with stories of his writing escapades at a press conference on Tuesday at a plush hotel in Mumbai where he was officially introduced as Montblanc's new ambassador for India and Southern Africa. The makers of watches, writing instruments, men’s accessories and leather goods also launched their new Unicef collection.

Montblanc, which has revolutionised the culture of writing with breakthrough innovations since 1906, has renewed its partnership with Unicef to support children around the world gain access to quality education. Proceeds from the sales of its collection will benefit over 5 million children globally through Unicef’s education programmes. The luxury brand has anyway committed to donating $1.5 million, says Montblanc CEO Nicolas Baretzki. (Read his exclusive interview with Forbes India )

Both de Villiers and Baretzki are happy to be associated with the cause. “It’s a big honour. While growing up, I had a special relationship with Montblanc. It’s a dream come true and this partnership offers a great opportunity,” says the South African ODI captain, adding that there are exciting things in the pipeline [related to the charity work and his association with Montblanc] which he would reveal only later. “This is just the beginning of a beautiful story,” says Baretzki. “AB de Villiers embodies the same pioneering spirit that drives Montblanc to keep pushing boundaries, and we look forward to collaborating on many initiatives that will reflect that.”

Since 2004, Montblanc and Unicef got together to promote literacy and empower children through quality education. The luxury brand has already contributed $10 million to the cause. Designed to highlight the precious gift of writing, the limited edition Montblanc for Unicef collection includes writing instruments, timepieces, leather goods and accessories. Montblanc also aims to create awareness about its initiative with Unicef with its #PassItOn campaign on social media.

The cricketer, who is currently playing in the Indian Premier League for Royal Challengers Bangalore, says he hopes to use his wide social media reach to spread the word. “I will try and drive this campaign as much as I can. It’s a fantastic initiative. It’s all about helping youngsters to be able to write and create literacy around the world. I’ll be involved as long as it takes to have a successful campaign,” de Villiers tells Forbes India.