The troubled businessman takes home $75 million by way of an exit agreement with the company, which is owned by Diageo Plc. 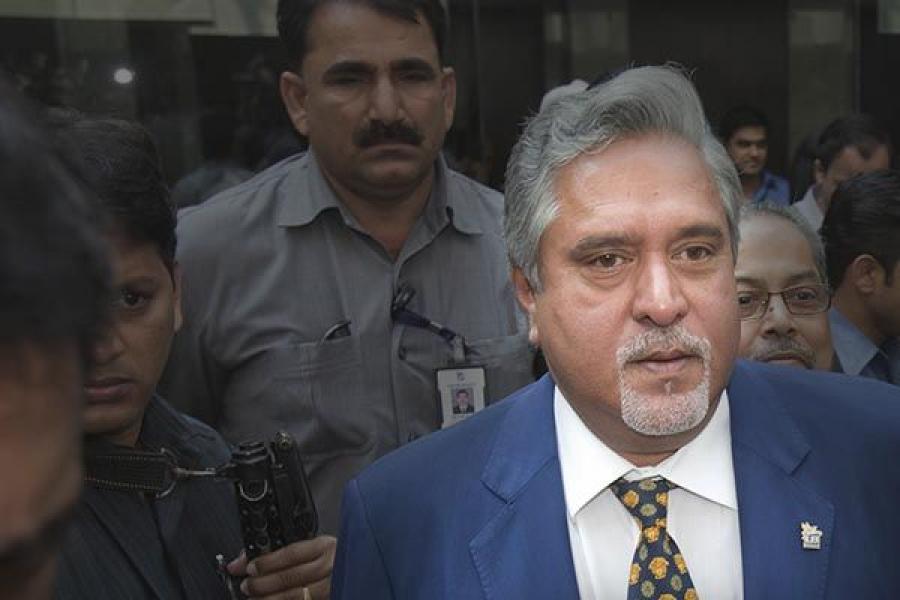 Beleaguered Indian businessman Vijay Mallya stepped down from the chairmanship at India’s alcoholic beverage behemoth United Spirits Limited (USL), on Thursday, a company he had inherited from his father, the late Vittal Mallya, in the early 80s.

In every sense, Mallya had lost control of USL when British alcoholic beverage giant Diageo spent $3 billion — in a protracted deal process between 2013 and 2014 — to attain a majority stake of 54.78 percent in the listed Indian company. As of the December quarter of the ongoing fiscal, Mallya had a 3.99 percent stake in USL. Nearly 53 percent of his shareholding is pledged.

“Diageo had already taken operational control and now they are making a clean break from the past. This (development) is a continuation of Diageo consolidating their control and sorting out all the problems and past issues,” said Sanjay Jain, director at Taj Capital, a boutique investment advisory firm based in New Delhi.

On Thursday, around 9 pm, Mallya’s office sent out a brief statement. “The time has now come for me to move on and end all the publicised allegations and uncertainties about my relationship with Diageo and USL. Accordingly, I am resigning my position with immediate effect,” said 60-year-old Mallya. He added that he has decided to spend more time in England, closer to his children.

A few minutes later,  USL sent a lengthy statement which spoke of the company having entered into an agreement with Mallya, wherein he would resign from his chairmanship at USL and as director of Royal Challengers Sports Private Limited (RCSPL),  which holds the franchise for the IPL team Royal Challengers Bangalore.

“Mahendra Kumar Sharma, independent director and chairman of the audit committee, has been appointed as the chairman of the company board with effect from February 25, 2016,” read the USL statement.

As part of the exit agreement USL will pay Mallya $75 million (Rs 516.3 crore) over a five-year period towards thorny issues such as non-compete and non-interference, among others. USL also gave Mallya the option to buyback certain legacy real estate assets — at market value— that are owned by the company and are considered as ‘non-core’ assets.

Also, as per the agreement USL has given Mallya the honorary title of ‘Founder Emeritus’, with a caveat that the title carries “no authority, responsibility, rights or benefits within the company or its group.” Mallya also gets the title of ‘Chief Mentor’ of the sporting venture RCSPL, while his son Sidhartha Mallya, gets to be a director in the company. Here again there is a caveat: Sidhartha Mallya’s directorship is for a two-year period or till the time RCB remains part of USL.

Interestingly, Mallya said that the agreement terms “secures my family legacy.” Mallya grew USL’s sales volume from under 3 million cases to over 120 million cases, in a span of three decades. In this period, USL had emerged among the top three alcoholic beverage manufacturers globally, by volume.

Anand Kripalu, managing director and chief executive officer of USL termed the agreement with Mallya as one which is “valuable” to the company and its “shareholders’. “It also brings to an end the uncertainty relating to the company’s governance and will allow the company to prosper,” he added.

In April last year, USL’s board had asked Mallya to step down from the board and chairmanship. This, after an internal inquiry in to the company’s financial records brought to light certain  “improprieties” and “legal violations” that happened under Mallya’s reign. A belligerent Mallya had then refused to step down.

“This negotiated settlement is the best case scenario (for Mallya and USL). The reputation of the company (USL) has sought of gone up a notch now, with Mallya moving out,” said Shriram Subramanian, MD, of independent proxy advisory and governance research firm InGovern.

So, will Mallya’s exit from USL have any impact on him continuing as chairman at United Breweries, in which Dutch brewer Heineken International has a 42 percent stake? Jain of Taj Capital believes not.

“It is a totally independent company. It is also a relatively older and a happier joint venture that Mallya’s UB group has with Heineken. If at all they (Heineken) were to do anything it would be independent of whatever is happening here (at USL),” said Jain. Mallya has a 32.2 percent stake in United Breweries.