Aon Hewitt annual survey forecasts an average hike of 9.5% for 2017 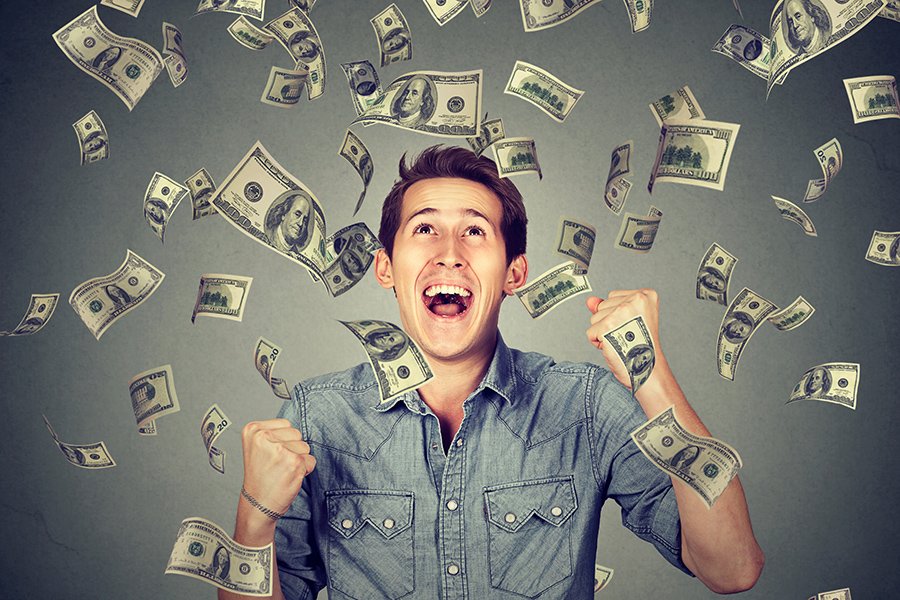 A latest survey on corporate salaries in India across industries, forecasts an average hike of 9.5 percent in 2017, according to an annual salary increase survey across over 1,000 companies, by Aon Hewitt, the global talent, retirement and health business of British insurer and risk management firm Aon Plc. The hike in salaries in 2016 was 10.3 percent across the same universe of industries.

“Factors like a difficult economic environment and the pace of growth slowing are playing their part,” Anandorup Ghose, partner at Aon Hewitt India, told Forbes India. While [the drop in pay hikes] is a marginal decrease from the 2016 spend, it reflects maturity that India Inc has displayed amidst global and Indian economic and political events. This includes, and is not limited to Brexit, recent changes in the US government and the much-talked-about demonetisation, the Aon Hewitt press release says.

“Political changes and economic headwinds have had an impact on business performance. However, the trend this year reflects a gradual slowing of pay increases and higher emphasis on productivity and performance – quite literally a ‘greying’ of salary budgets for India,” Ghose adds.

According to the survey, sectors such as life sciences, professional services, chemicals, entertainment media, automotive and consumer products continue to project a double-digit salary increase for 2017. (See table). However they have taken a drop from their 2016 actual spends. 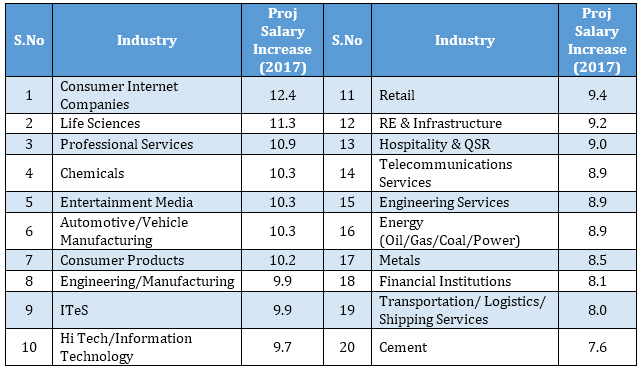 While traditionally pay increases in India have not been affected by inflation rates, the significant drop in consumer price index (CPI) over the last few quarters has also been a good opportunity for companies to manage their compensation budgets, the statement said.

According to the Aon Hewitt statement, research shows that the segment of population that features as ‘high performers’ has fallen to 7.5 percent -- the lowest number recorded in the 21 years of the salary increase survey in India. Consequently, the multiplier that India Inc offers to these employees continues to be high. At 1.8 times, India is one of the highest differentiators – the difference between the top and the worst performers -- across Asia.

2016 showed organisations taking a strong view towards performance differentiation and not only have bell curves become sharper, the pay differentiation between top and average performers has also increased, Ghose added.