The list of billionaires, businesspeople and industry captains, includes 40 philanthropists from 13 countries in the Asia Pacific 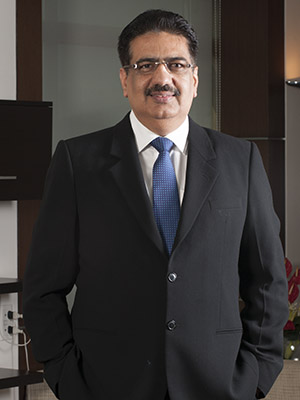 Five Indians have made it to Forbes Asia’s annual 'Heroes of Philanthropy' list for 2016, which was made public by the magazine on Thursday.

The Indians in the list, which included 40 philanthropists from 13 countries in the Asia Pacific, include Vineet and Anupama Nayar, founders of the Sampark Foundation in India; Adar Poonawalla, CEO of Serum Institute of India and Pune-based billionaire Cyrus Poonawalla’s son; Bain India CEO Amit Chandra and his wife Archana Chandra, CEO of Jai Vakeel Foundation.

“The list not only features philanthropists who have made the news with their donations in the past year, but also recognises people who have compiled a long record of supporting worthy causes,” a Forbes Asia statement said. “Honourees include a mix of billionaires, businesspeople and captains of industries who are also making a mark with their generosity.”

Vineet, 54, and Anupama, 49, were chosen because of their work at the Sampark Foundation, which has an outlay of $100 million (around Rs 675 crore), entirely funded by the Nayars and represents more than half of their wealth. The former chief of HCL Technologies and his wife have been instrumental in providing kits with child-friendly teaching aids to 50,000 government schools and three million students across Uttarakhand and Chhattisgarh.

Adar Poonawalla, CEO of Serum Institute of India, pledged $15 million (around Rs 100 crore) last year to clean up Pune city—where the Poonawalla family resides—with a fleet of 50 garbage trucks and a crew of 70 people.

Chandra and his wife give 75 percent of their earnings each year to causes ranging from education to healthcare. Amit was one of the founding donors to Ashoka University and has funded an upcoming children’s hospital in Mumbai that will be the country’s largest.