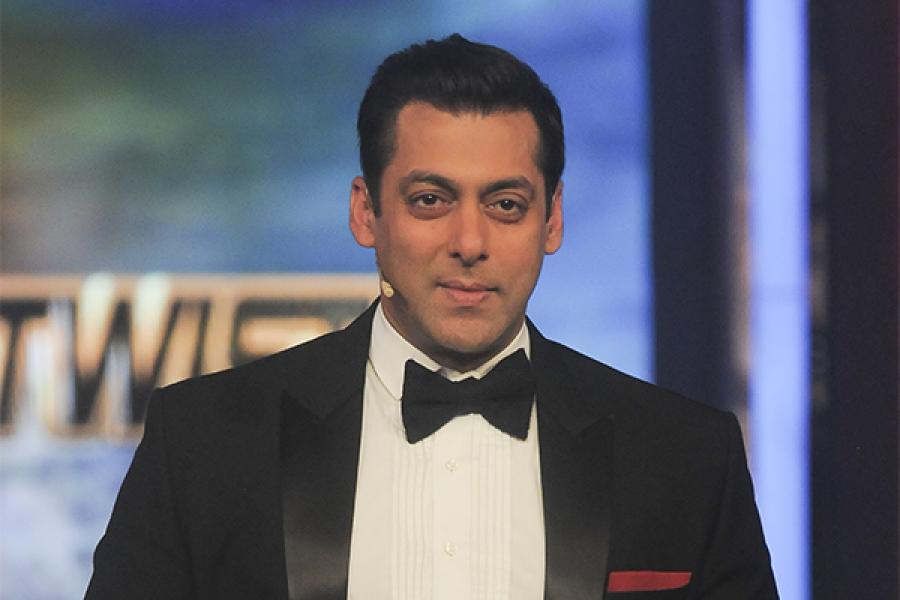 Bollywood actor Salman Khan was ranked at No. 14 on the list

Four Indian film stars, including Shah Rukh Khan, Akshay Kumar, Salman Khan and Amitabh Bachchan have made their way into Forbes's 'The World's Highest-Paid Actors' 2016 list, for the second year in a row.

The Bollywood icons join the ranks of international actors such as Brad Pitt, Vin Diesel, Adam Sandler, Leonardo Dicaprio and Will Smith, among others. With his $-64.5 million worth earnings, Hollywood star Dwayne “The Rock” Johnson became this year's highest money gainer, Forbes revealed on its website on Thursday.

The list considers the earnings of the world's highest paid male actors, between the June 1, 2015, and June 1, 2016 period, before management fees and taxes. The figures are based on data from Nielsen, Box Office Mojo and IMDB, as well as interviews with agents, managers, lawyers—and stars themselves.

Amitabh Bachchan, at 73, continued to be busy, with three of his movies (Wazir, Te3n and Ki & Ka) releasing in the scoring period.  Shah Rukh Khan (Dilwale and Fan) and Akshay Kumar (Singh Is Bliing and Airlift) had two major releases each. In terms of box office performances, Salman Khan towered above everyone else in the period, with both his movies collecting more than Rs 1,000 crore in total. Bajrangi Bhaijaan and Prem Ratan Dhan Payo performed well internationally as well, earning the 50-year-old Khan critical and commercial acclaim.

But beyond movies, what has propelled the actors into the highest-paid list is their big-brand endorsement deals targeted at India’s burgeoning consumer base.

Shah Rukh, 50 was ranked No. 86 on Forbes’s recently published 'World’s 100 Highest-Paid Celebrities' list. Akshay Kumar, 48 was the only other Indian celebrity on the list, ranked No. 94.

On Tuesday, Deepika Padukone made her debut on the Forbes 'World's Highest-Paid Actresses' list. With $10 million in earnings, the 30-year-old Padukone is the only Indian actress and sole newcomer to feature in the annual list. Hollywood star Jennifer Lawrence topped the list for the second year in a row, earning $46 million pretax over 12 months.

Universally, a pay gap exists between male and female actors, according to Forbes. "Combined, the world’s 20 highest-paid actors earned a whopping $703.5 million between June 1, 2015 and June 1, 2016, before management fees and taxes. That’s more than three times the $205 million tallied by the top 10 highest-paid actresses in the same time frame," it said.