HDFC Bank to link up with 5 fintechs for digital boost

Firms chosen among over 100 applications 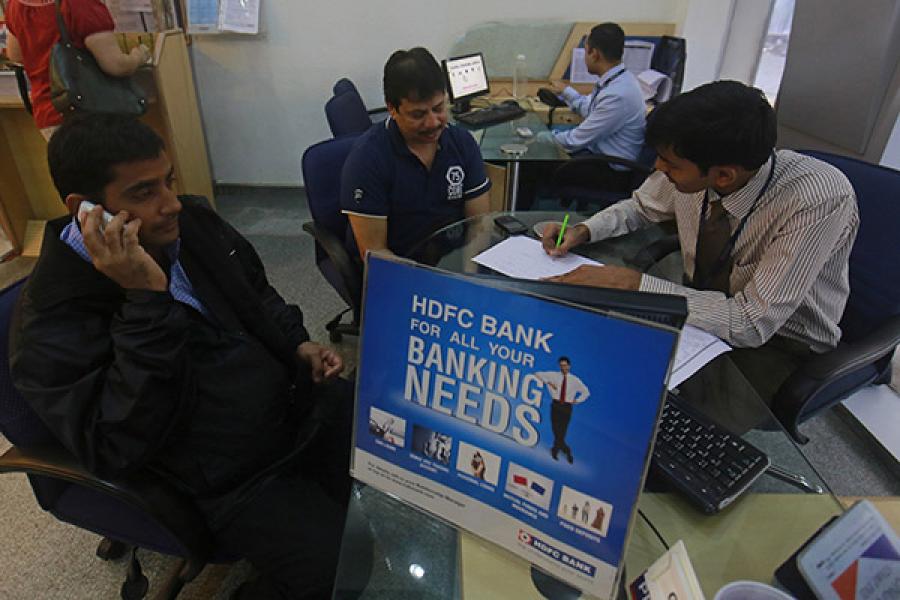 Private lender HDFC Bank has identified five startups whose services it plans to offer to its customers, in its bid to further boost its digital banking operations. The five companies operate in the sectors of artificial intelligence, marketing, quality assurance and payment solutions.

These were chosen from a shortlist of 30, after receiving 105 applications, at the launch of its Digital Innovation Summit earlier this month.

HDFC Bank’s Digital Banking country head Nitin Chugh said: “We are not just encouraging but also embracing disruptive innovation in the fintech space. The engagement with these companies gives the bank access to latest technologies and products to further enhance customer experience.”

A plethora of startups have mushroomed in India and other Asian economies, disrupting some segments of financial services, from payments and insurance to SME lending and crowd funding, in recent years.

The five startups chosen are:

Senseforth Technologies: A Bengaluru-based startup which addresses customer queries and resolves issues using an artificial intelligence platform, across mobiles and websites, in English

S2Pay (Net Vigil Software): Mumbai-based mobile wallet firm whose main differentiation is that the user need not be connected to the internet; payment works on a QR 24-digit code, with the PIN as a signature

Tagnpin:  Gurgaon-based marketing company which helps banks to improve personalised interaction with customers, on mobile and the internet

Tapits Technologies (FingPay): An Indore-based payments solution firm using biometric authentication in retail markets, to make them cashless and can be done without using mobiles

These five firms will get a chance to deploy their products with HDFC Bank customers, but after completing a technical, security and compliance test. The nature of the partnership between these firms and the bank – relating to a licence agreement or hosting – were being discussed.

HDFC Bank introduced internet banking in 1999 and SMS-based banking a year after that. Mobile banking started at the bank in 2012 and in 2015, HDFC Bank launched its banking application for the Apple Watch in 2015. HDFC Bank has also launched a mobile app called Chillr, which allowed customers to transfer funds instantly to any contact in their phone book.

Tweets by @forbesindia
The 'I' in 'team'
Tara Singh Vachani: Building the future