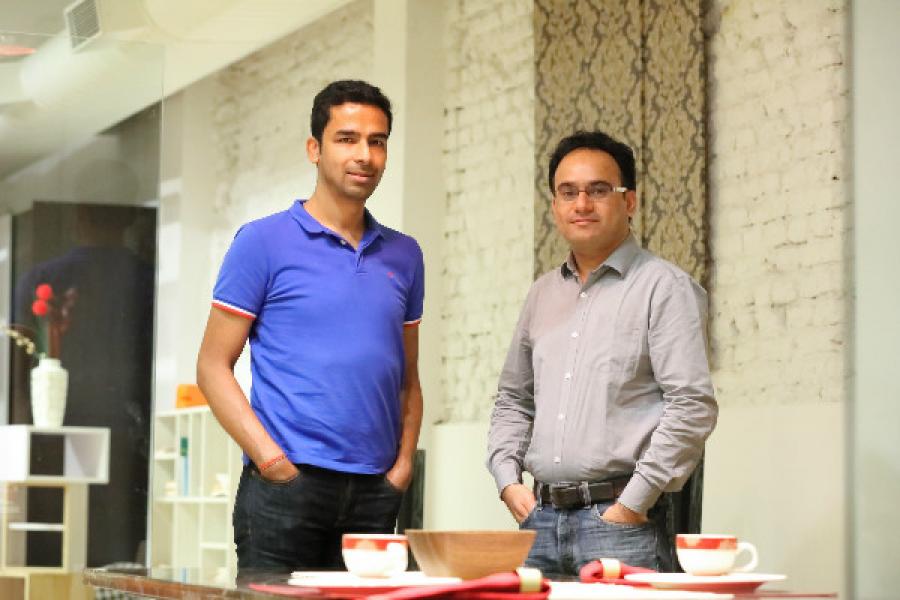 Online home design company, Livspace, has raised Rs 100 crore in its third round of funding from existing investors. The round was led by Bessemer Ventures Partners with increased participation from Jungle Ventures and Helion.

Launched in December 2014 by co-founders Anuj Srivastava and Ramakant Sharma, Livspace has raised $27.6 million since inception and has pioneered end-to-end home design experience in India by using a combination of data science, algorithms and industrial design to create unique experiences for homeowners and scale the job of interior designers. “We’ve built an enviable company which is truly a pioneer in its space worldwide. Ramakant and I want to create a truly innovative technology company out of India, with large scale revenue, and a commercially profitable footprint,” says CEO and co-founder, Srivastava.

The funds will be used to increase their operational footprint across metro cities in India – Noida, Gurgaon and Mumbai in 2016 and Pune and Hyderabad in 2017. The startup also intends to set up new Livspace design studios with virtual reality (VR) technology integration, expand the design automation platform across thousands of freelance designers in the country, strengthen the catalogue and launch new modular products.  Simultaenously, they are investing in technology to bring contract manufacturers, modular furniture companies, home design services, decor marketplace amongst others, onto one platform.

“It’s truly extensible across many cities across the world as the problem they’re solving is unique, pertinent, and fragmented the world over,” says Amit Anand, Founding and Managing Partner, Jungle Ventures.

The fund raise announcement comes within weeks of the launch of the world’s first ‘Home Design Automation Platform’, which allows users to design their house virtually by dragging and dropping elements. “It enables you to design your entire interior at the click of a button and will provide a 3D view in a second. Also, every item (like furniture, wallpapers) is coming from my catalogue. So it is available. Additionally, it doesn’t stress my supply chain. You can change your furniture as many times as you want before you are convinced to buy it,” explained Srivastava, when Forbes India met him in the second week of August.

The home industry is estimated to be anywhere between $25-30 billion but over 95 percent of it is unorganized and serviced by turnkey contractors, small studios, freelance designers, and carpenters. Livspace sees an opportunity in adopting a platform driven approach which borrows from the principles of platforms like Uber, AirBnB, etc. to create design entrepreneurs and reduce fragmentation in the industry

With three acquisitions, DezignUp, Dwll.in, YoFloor and a strong community of 600 thousand home designers, Livspace is targeting $100 million revenue by end of FY17 and also expects to be operationally profitable across cities with this round of funding. Currently, over 50 percent of its revenues are generated from its exclusive line of Modular Kitchen and Wardrobe systems with deep eCommerce integration.

Tweets by @forbes_india
The science of improving your work life
China is an outlier, with higher income-expense thrift