As Coronavirus spreads to nearly 50 countries across the world, Indian corporates have shared their concerns about the serious issues that could emerge, including raw material shortages, and man power and material movement, FM Sitharaman shared 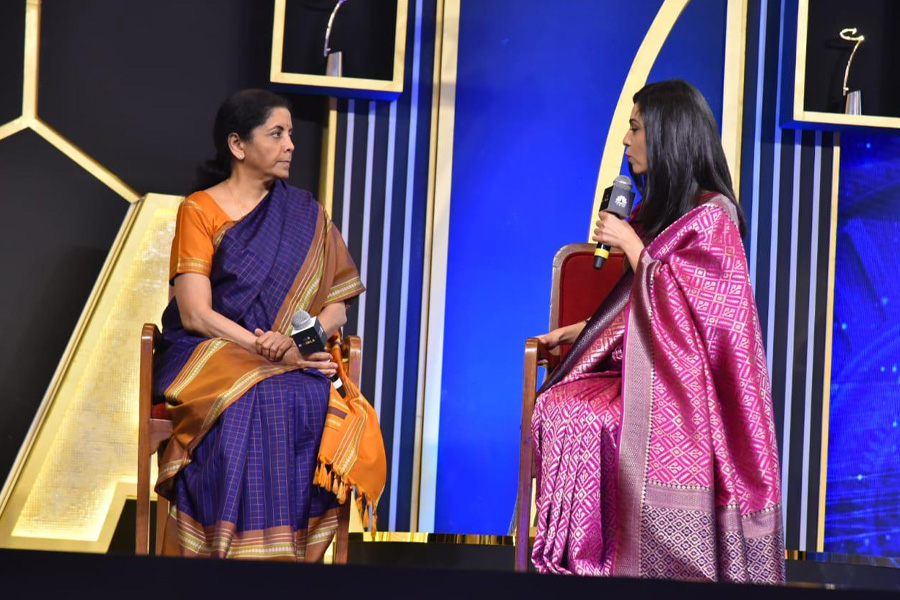 “If problems relating to Coronavirus do not reduce in 2-3 weeks’ time, corporates have told me that there are some serious issues which could emerge,” India’s finance minister Nirmala Sitharaman said, addressing a packed audience at the 15th edition of CNBC TV18’s Indian Business Leader Awards (IBLA) held in Mumbai, where several of India’s top business leaders and industrialists were felicitated. Sitharaman said that these concerns could relate to raw material shortages, lack of technical support and manpower movement to and from China and movement for some export-focussed companies. Global equity markets have tumbled in recent weeks as the impact of the Coronavirus outbreak continues to hurt economies and companies. “But none of the companies said that they see major concerns at the moment,” she said. The government has held meetings with various sectors of the economy to discuss the threat of Coronavirus. she added. Her comments came on the same day when India registered a better-than-expected GDP growth of 4.7 percent for the three months to December 2019. The business leadership awards recognises leaders who create and sustain entrepreneurial initiatives, develop best practices and carve out powerful businesses in the global economy. The event was attended by corporate honchos across sectors such as HDFC Bank’s managing director Aditya Puri, Reliance Industries chairman and managing director Mukesh Ambani and Kumar Mangalam Birla, chairman of the Aditya Birla Group. The ‘Young Turk Startup of the Year’ award was bagged by Bengaluru-based Meesho while the ‘Young Turk of the Year’ award went to technology-enabled logistics firm Rivigo. Mumbai-based Vinati Organics emerged as the ‘Most Promising Company of the Year’. A Special Jury recommendation for ‘Disruptors segment’ was given to Nykaa.com, founded by banker-turned-entrepreneur Falguni Nayar. TCS’s managing director and CEO Rajesh Gopinathan won the ‘Outstanding business leader of the year” award and also took the “Iconic Company of the decade” award for TCS. Moving away from business for a while, Bollywood producer-director Karan Johar won the ‘Iconic Entertainment leader of the Year’. The ‘Outstanding Company of the Year’ went to private bank HDFC Bank while veteran banker and industrialist Deepak Parekh won the ‘Lifetime Achievement’ award and Reliance Industries’ Mukesh Ambani won the ‘Iconic business leader of the decade’ award. The ‘Iconic Sports leader of the Decade’ award went to Pullela Gopichand, under whom PV Sindhu and Saina Nehwal have gained in stature. The ‘State of the Year’ award went to Maharashtra, which was accepted by the Minister of Industries for Maharashtra, Subhash Desai.  Disclaimer: Reliance Industries is the owner of Network 18, the publisher of Forbes India

Tweets by @forbes_india
GDP growth slows further to 4.7 percent
If fusion has to be done to survive, that's sad: Anoushka Shankar