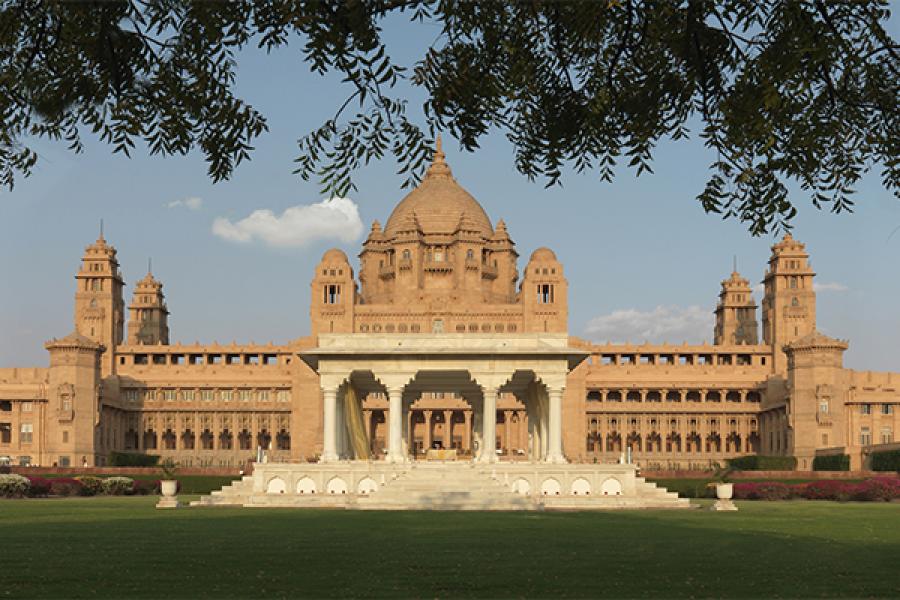 Travel website TripAdvisor on Thursday announced that Umaid Bhawan Palace in Jodhpur was the winner in the top hotels category of its Travelers’ Choice awards for hotels. It was the only Indian property in the 25-member list and the first time that an Indian hotel has topped the global list. Shinta Mani Resort in Siem Reap, Cambodia, and Bellevue Syrene in Sorrento, Italy, stood at numbers two and three, respectively.

Globally, there were two other notable Indian mentions in the luxury hotel category of the awards. The Oberoi Vanyavilas, located near the Ranthambore National Park, was ranked sixth in this category, and The Taj Rambagh Palace in Jaipur was ranked 15th.

“I am delighted with this year’s edition of the awards and no surprises for guessing why. An Indian hotel is the No1 hotel in the world,” said Nikhil Ganju, country manager, TripAdvisor India.

“We are extremely proud to have been recognised by millions of TripAdvisor travellers,” said Chinmai Sharma, chief revenue officer, Taj Hotels Resorts and Palaces. “We are delighted that some of our other iconic hotels were also recognised as among the best in the world.”

The awards, now in their 14th year, recognised more than 7,000 properties from 97 countries in various categories. They were based on millions of reviews and opinions collected over the past year, TripAdvisor said.