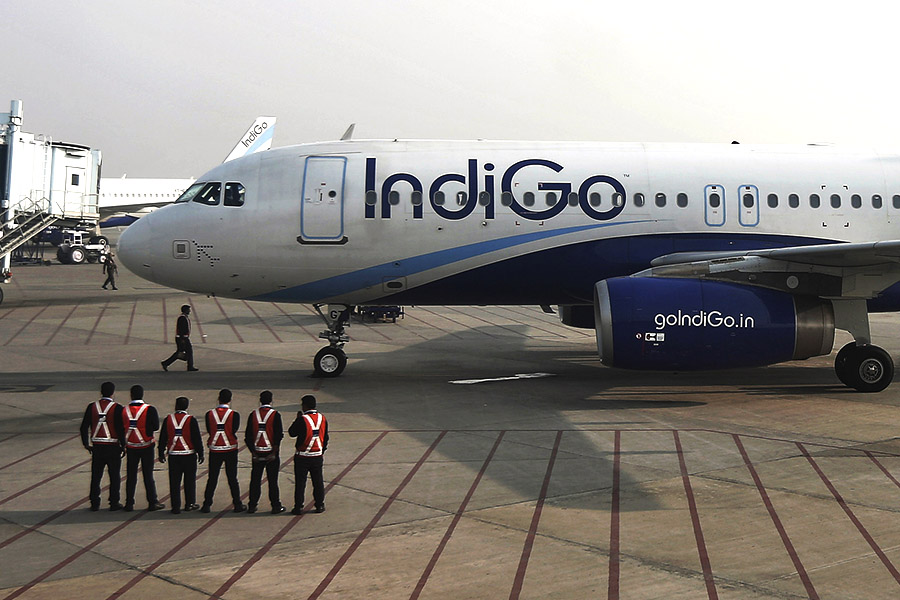 Image: Adnan Abidi/ Reuters
InterGlobe Aviation, the listed parent company of India’s biggest airline IndiGo, announced on Wednesday that its board of directors have recommended a dividend of Rs 6 per share for fiscal 2018, as against a payout of Rs 34 a share to shareholders last fiscal.

On an analyst call, Rohit Philip, chief financial officer, said that the company would be utilising its free cash reserves for the outright purchase of aircraft which, in the long run, would reduce operating costs and result in higher profitability. IndiGo’s fleet acquisition strategy, typically, is to purchase aircraft on a six-year sale and leaseback model from aircraft lessors.

"Based on our cash position — the cash required to purchase aircraft and the overall profitability for the year — the board of directors has recommended a dividend of Rs 6 per share for fiscal 2018, which is subject to approval of shareholders in our upcoming annual general meeting," Philip said.

As of March, the company had a total cash balance of Rs 13,710 crore of which Rs 7,060 crore was free cash and Rs 6,650 crore was restricted cash. The latter is linked to the company’s supplementary lease rental liability with aircraft lessors. “We give them letters of credit and we place cash collateral with the banks to issue that,” Philip explained.

Over the last two quarters, the company has purchased six twin-engine turboprop ATR aircraft, which it uses for flight operations under the government’s regional connectivity scheme, Udaan.

“The sale and lease back market for ATRs is not as efficient as the Airbus market,” Philip said, adding that the airline would also purchase the bigger and more expensive Airbus 320 series of aircraft. “We think it’s a significant competitive advantage that it would create and would bring down our cost structure,” he added. The company’s total debt as on March 31, 2018, was Rs 2,452 crore, which is entirely “aircraft related”.

For the fourth quarter of fiscal 2018, the company reported a 73.3 percent decline in profit to Rs 117.6 crore, while it’s profit margins shrunk to 2 percent as compared with 9 percent in the year-ago period. “Our profits were lower primarily because of three reasons: Fuel prices increased by 11.6 percent; Our yields declined by 5.6 percent and we were adversely impacted by foreign exchange,” Philip told analysts. “We booked a forex loss of Rs 92.5 crore this quarter as compared to a gain of Rs 160 crore in the same period last year. Just the foreign exchange impact resulted in a year-over-year swing of Rs 250 crore for the quarter,” said Philip.

Revenue from operations during the said quarter stood at Rs 5,799 crore, an increase of 19.6 percent as compared to the same period last year. For fiscal 18, the company’s profit and revenue were Rs 2,242 crore and Rs 23,020 crore, registering a growth of 35.1 percent and 23.9 percent, respectively.

"We continue to seek international route rights, regulatory approvals for long-haul flights"Answering questions on the sale of Air India, Rahul Bhatia, co-founder and interim CEO of the airline, said, “We were very interested in primarily acquiring Air India’s international operations. Unfortunately, such an option is not available under the government’s current divestiture plan of Air India.” That said, Bhatia added, “We continue to look at the [international] long-haul opportunity without Air India and we continue to seek route rights and other necessary regulatory approvals as may be required to operate long-haul flights. We’re also studying the choice of wide-body aircraft [for the long-haul operations] and will update you once we have made more progress.”