This is Vishal Sikka's second acquisition in three months 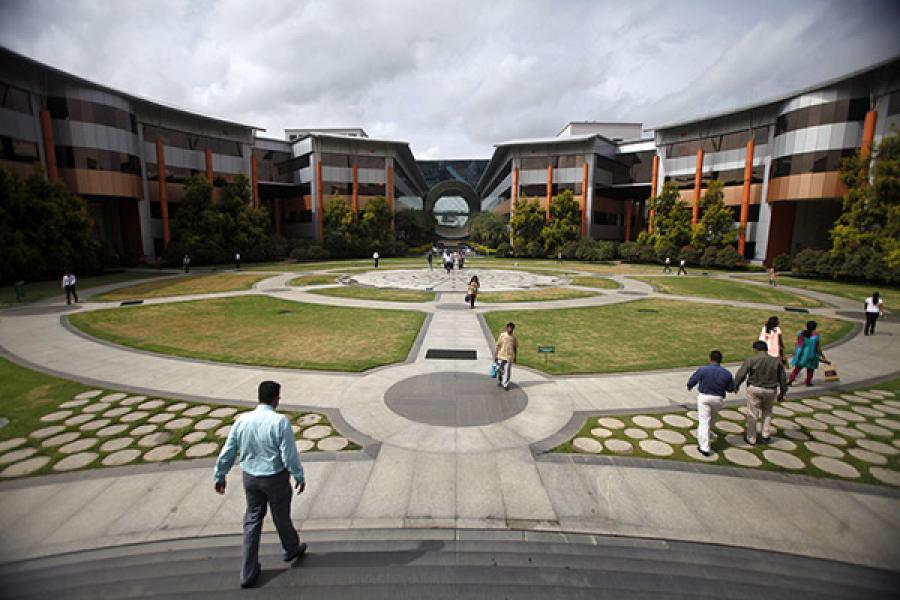 With a new strategy geared towards re-energising the company's growth engine led by newer technologies and innovation across all its services, Infosys on Friday announced the acquisition of San Francisco-headquartered Kallidus Inc (d.b.a Skava) and its affiliate, for $120 million. The privately held company develops and delivers a cloud-host platform for mobile websites, apps, and other digital shopping experiences across mobile, tablet, and desktop. The all-cash deal includes retention bonus and deferred component, Infosys said.

This is the IT major’s second acquisition so far this year. In February, Infosys acquired automation technology provider Panaya Inc in an all-cash deal of $200 million. US-headquartered Panaya is a provider of cloud-based services for large-scale enterprise software management. With a large operation in Israel, Panaya’s key clients include Coca-Cola, GE, Apple and Johnson & Johnson. The largest ever acquisition in Infosys’s history has been that of Swiss management and IT consulting firm Lodestone Holding AG in September 2012 in a deal valued at $349.58 million to boost its consulting services business in the European region.

During the company’s post earnings conference call on Friday, Rajiv Bansal, CFO, Infosys, pointed out that “mergers and acquisitions will be a significant part” of the IT major’s strategy going forward. Despite sitting on huge cash reserves, Infosys so far, has never been aggressive with its buyouts unlike its rivals such as HCL Technologies and US-headquartered Cognizant.

Bangalore-based Infosys also announced an early-stage investment of $2 million in Airviz, a spin-out from Carnegie Mellon University, which is into personal air quality monitoring space. “This investment was made out of the $500 million Innovation Fund earmarked for investments in disruptive new technologies," Infosys said, adding: “It positions us as a driving force in the fast-growing personal health monitoring market with a big data solution that provides indoor air pollution sensing and visualisation.” Infosys will have a minority stake in Airviz.

Infosys also said that during the March quarter, it has created an 'Innovate in India Fund’ from its $500 million Innovation Fund. The $250 million (Rs 1,550 crore) Innovate in India Fund will be dedicated to investments in promising new Indian companies. These companies will be inducted into the global ecosystem of strategic partners that Infosys is looking to create. “As part of the Infosys Innovation fund, we are announcing the launch of the Infosys Incubator. This incubator will help identify, nurture and grow companies engaged in innovative, new, and disruptive technologies that can help our business, and create future growth areas,” Infosys said.

Ever since Vishal Sikka took over as the first non-founder CEO of Infosys in August 2014, he has been focusing on newer technologies such as big data, analytics and mobility. In October last year, Sikka charted out a new plan for the company to revive growth led by innovation across all its services, including automation and artificial intelligence. In an export-heavy and highly commoditised Indian IT industry where companies clone each other’s offerings, Sikka is looking to create a differentiating model for the IT-services firm.

While addressing the Morgan Stanley TMT Conference at San Francisco in March this year, Sikka focussed on his ‘big idea’ to bring automation, productivity improvement, artificial intelligence (AI) to the existing service lines. “BPO, it's about a $700 million business for us; 27,000 employees. We want to bring automation and AI to everything that we do in BPO,” Sikka said at the Morgan Stanley TMT Conference.

Acquiring smaller companies with niche expertise and a strong clientele has been a core strategy for all Indian software-services majors such as TCS, Infosys, Wipro and HCL Technologies. Experts feel smaller companies makes it easier to integrate while giving the Indian IT firms a stronger foothold in their largest markets - the US and Europe.