Earlier considered as an indicator of IT industry's overall performance, Infosys' has failed to meet the upper end of its revenue forecast over the last few fiscals

Shares of Infosys Ltd tanked 8.5% on Thursday, the biggest fall in 11 months, after India’s second largest software-services exporter projected to touch the lower-end of its revenue outlook for FY14 indicating a “choppy” near-term performance  as its clients in some sectors are still struggling to grow.

Shares of the Bangalore-based IT firm closed at Rs 3357.50 on the Bombay Stock Exchange on Thursday, while the sensitive index, Sensex, ended the day flat, down 0.4 per cent. 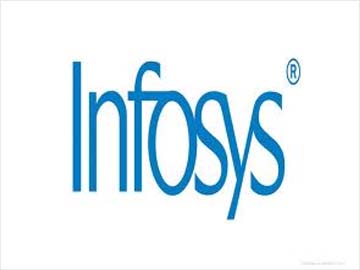 During the December-quarter earnings, the IT-services major had raised its revenue outlook for the current fiscal to 11.5-12% from 9-10% range. However, the full-year guidance still lags the 12-14 per cent growth expected for the industry by Nasscom.

Earlier considered as an indicator of IT industry’s overall performance, Infosys’ has failed to meet the upper end of its revenue forecast over the last few fiscals. Infosys saw its revenue growth rate plunging to 5.8% in 2013 from 26% in 2011. For FY14, the IT firm expects to be near the lower end of its forecast.

“Last two years Infosys has not exceeded its guidance. And looking at the current rate for the fiscal, the IT firm is likely to post flat or marginal decline in growth rate for the fourth quarter ending March,” said Ankita Somani, IT analyst, Angel Broking.

“The company has seen a lot of top-management exits in the last few months and it will have an impact in near-term growth. The growth rate is likely to remain choppy for Infosys,” she noted.

Speaking at an investor call on March 12, Infosys CEO and MD, S D Shibulal pointed out that the overall business environment is a mixed picture with some sectors showing uptick in demand, while others are restricting on their IT spending.

Despite an initial “optimism” among business leaders at the World Economic Forum in Davos earlier this year, clients are maintaining a cautious approach towards spending. There are still concerns in areas like high-tech, consumer packaged goods (CPG) and retail, which is more seasonal, Shibulal noted, adding that "At a broad level we are seeing slowdown with unanticipated ramp downs and some cancellation of our projects.”

Retail, consumer packaged goods (CPG) and high-tech verticals together contribute about 25% of the company’s overall revenue.

Shibulal pointed out that in the manufacturing space, the verticals like automobile, aerospace and industrial are stable but hi-tech is facing certain headwinds due to decline in PC sales leading to overall cut down in capex spending.

According to a recent Motilal Oswal report, challenges to persist for Infosys in early part of FY15, which could weigh on next year’s growth too.

“Client confidence is still not back yet. In the next one month, the budget will be closed for the next fiscal year,” Shibulal said, adding that the fourth-quarter performance will set the base for FY15 outlook.

During the recent investor call, commenting on the company’s action plan to drive its growth rate and margin ahead of the industry, Chairman NR Narayana Murthy pointed out that it plans to hire 250-350 graduates from B-Schools and under-graduate schools across US, Europe and Australia, adding that 18 people have accepted offers from top Indian B-Schools this year.

“We have created a special group to start recruiting and training our sales people in local markets. We are in the process of building several systems that will measure individual performance of our sales team. We have also reorganised our sales structure and created small units that can lead to better growth,” Murthy noted.

“Most of the initiatives are work in progress and will start showing results mostly during Q1 and Q2 of FY16,” he said.

Since Murthy’s returned to Infosys last June as chairman, the IT-services firm has been on a restructuring drive of its sales team in the country and abroad, including the US, its largest outsourcing market. The IT firm is looking at optimising costs and streamlining its workforce across locations. These changes are part of the new measures started by Murthy to reenergise the company and he is being helped by his son Rohan Murty, executive assistant.

“We have reintroduced the role of account managers so that we can mine deeper. We need to identify large outsourcing projects. We have created better structure to evaluate top performers,” said Murthy while addressing the investors.