The drop in billionaire fortunes is an indication of the economic impact of the Covid-19 pandemic; the Forbes wealth team is monitoring billionaires' response to the crisis with a live tracker 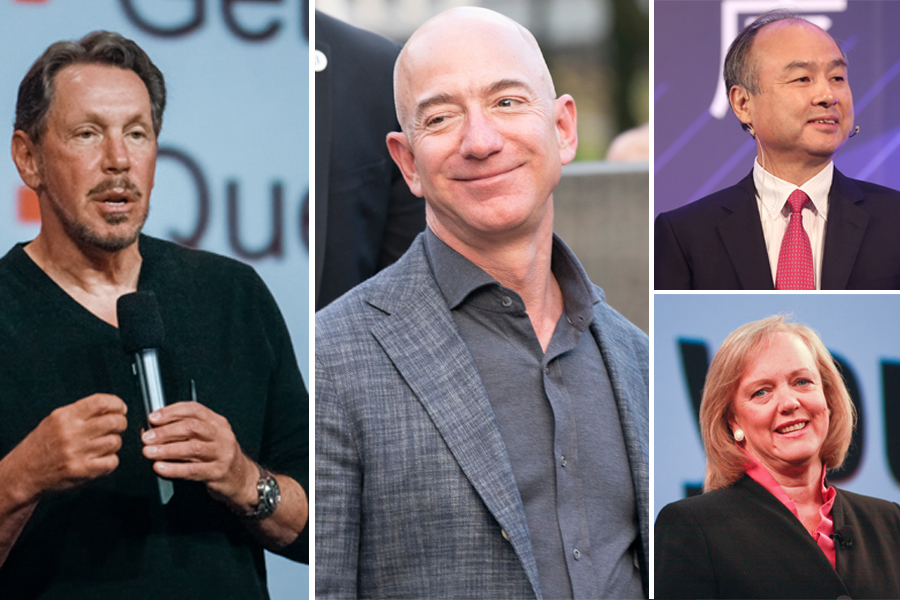 Forbes released its 34th annual world’s billionaires list, which ranks the wealthiest individuals globally. Amid the COVID-19 outbreak, some of the world’s wealthiest are serving as agents of change and taking action to reinvent their businesses to aid in the global response to the coronavirus outbreak.

Billionaires like tech tycoon Bill Gates; Eric Yuan, CEO of Zoom; Bernard Arnault, CEO of LVMH, Brian Chesky, CEO of Airbnb; Dallas Mavericks owner Mark Cuban and a host of others are using their financial resources to help combat the health crisis and boost the economy.

The Forbes wealth team is closely monitoring what billionaires are doing in response to the pandemic with a Billionaire Tracker: Actions The World’s Wealthiest Are Taking In Response To The Coronavirus Pandemic.

There are 2,095 billionaires on the 2020 ranking, down from 2,153 in 2019. The total combined net worth of this year’s billionaires is $8 trillion, down from $8.7 trillion in 2020. 267 people dropped off this year’s list and a record 1,062 individuals have seen a drop in their fortunes, both reflective of the turbulent markets and the coronavirus pandemic.

“The world’s richest are not immune to the devastating impact of the coronavirus,” said Kerry A. Dolan, Assistant Managing Editor of Wealth, Forbes. “The drop in the number of billionaires this year reflects the economic impact the pandemic is already having.”

Centi-billionaire Jeff Bezos maintains the top spot on this year’s ranking, for the third consecutive year, despite his net worth plunging by $18 billion. The Amazon CEO is valued at $113 billion, down from $131 billion last year. The decrease in his net worth is primarily due to his recent divorce.  A notable newcomer to the list is his ex-wife, MacKenzie Bezos, who lands at No. 22 on the list with a total net worth of $36 billion.

Bill Gates remains in the No. 2 position with a fortune of $98 billion, up $1.5 billion from last year. Bernard Arnault of LVMH moves up on this year’s ranking and debuts in the top three, as the third-wealthiest person in the world, after Warren Buffett’s fortune fell by $15 billion. Buffett (No. 4) is valued at $67.5 billion, down from $82.5 from last year.

Rounding out the top five is Larry Ellison, founder, chairman and Chief Technology Officer of Oracle Corporation. While the software executive moves up on the ranking, his fortune is down $3.5 billion this year, to $59 billion.

There are a total of 241 women on the 2020 list, including seven who share their fortunes with their husband, child or sibling.

President Trump’s net worth has plunged $1 billion in less than a month.

As of March 1, Forbes valued President Donald Trump’s net worth at $3.1 billion. The markets took a turn and reporters went back to work to approximate how much the coronavirus affected the president’s fortune. Trump’s newly estimated fortune is now $2.1 billion, bringing him to No. 1001 on this year’s ranking, down from No. 715 last year.

Methodology
The Forbes Billionaires list is a snapshot in time of wealth using stock prices and exchange rates from March 18, 2020. Forbes lists individuals rather than multi-generational families who share large fortunes, though we include wealth belonging to a billionaire’s spouse and children if that person is the founder of the fortune. In some cases, siblings and couples are listed together if the ownership breakdown among them isn’t clear, however they still must be worth on average a minimum of $1 billion apiece to make the cut.

For the Forbes 2020 Billionaires list and features, visit: www.forbes.com/billionaires. To follow the conversation on social, use: #ForbesBillionaires