Jennifer Lopez is the World's most Powerful Celebrity

Adele, Ashton Kutcher and Melissa McCarthy Are Among Notable Newcomers on the Forbes 2012 Celebrity 100 List 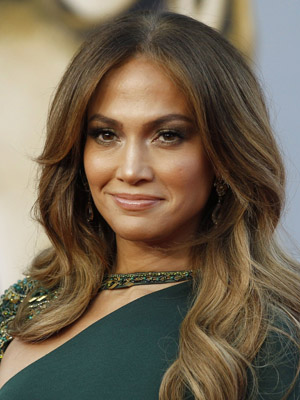 Jennifer Lopez (No. 1) is the World’s Most Powerful Celebrity on Forbes’ 2012 list of the 100 most influential people in entertainment – ranked by earnings, press coverage and Internet impact. Lopez catapulted from No. 50 last year to No. 1, her first time atop the list. Her colleague, American Idol host Ryan Seacrest, is No. 29. Lopez unseated Lady Gaga (No. 5) who topped the list last year.

Oprah Winfrey retains her No. 2 spot, and while her earnings plummeted from last year, she remains the highest earner on the list with $165 million. Forbes cover boy Justin Bieber returns at No. 3 again. The teen idol is also a serious investor, with stakes in a dozen companies that appeal to his tech savvy image, including a chunk of Spotify.
Notable newcomers to the list include Rihanna (No. 4); the Kardashian sisters Kim (No. 7) and Khloe (No. 73); British singer Adele (No. 24); and Charlize Theron (No. 75). Television newcomers include Sofia Vergara (No. 76); Zooey Deschanel (No. 96); and Melissa McCarthy (No. 99). Also debuting on the list is Ashton Kutcher (No. 51), who replaced Charlie Sheen on the TV show Two and a Half Men. Sheen dropped off the list.
Dr. Dre (No. 26) is the highest-earning musician on the list, with $110 million. A new athlete on the list is Chinese tennis player Li Na (No. 87). Actor and pro-wrestler Dwayne “The Rock” Johnson debuts on the list at No. 70.
Numerous celebrities are leveraging their fame to make early-stage investments or launch startups themselves, among them Kutcher and Deschanel. The earnings power of The Celebrity 100 dropped slightly in 2012, with this year’s stars having earned a collective $4.4 billion during the past year, down from $4.5 billion in 2011.
The Top Ten:
(Rank, Name, 2012 Earnings)
1. Jennifer Lopez, $ 52 million
2. Oprah Winfrey, $165 million
3. Justin Bieber, $ 55 million
4. Rihanna, $ 53 million
5. Lady Gaga, $ 52 million
6. Britney Spears, $ 58 million
7. Kim Kardashian, $ 18 million
8. Katy Perry, $ 45 million
9. Tom Cruise, $ 75 million
10. Steven Spielberg, $ 130
The Celebrity 100 measures money and fame. Fame is defined as media visibility in print, television, radio and online, plus social media power (measured by looking at each celebrity’s presence on Facebook and Twitter). Earnings consist of pre-tax income between May 1, 2011 and May 1, 2012. Management, agent and attorney fees are not deducted.
For the complete list, related features and more, visit: www.forbes.com/celebs