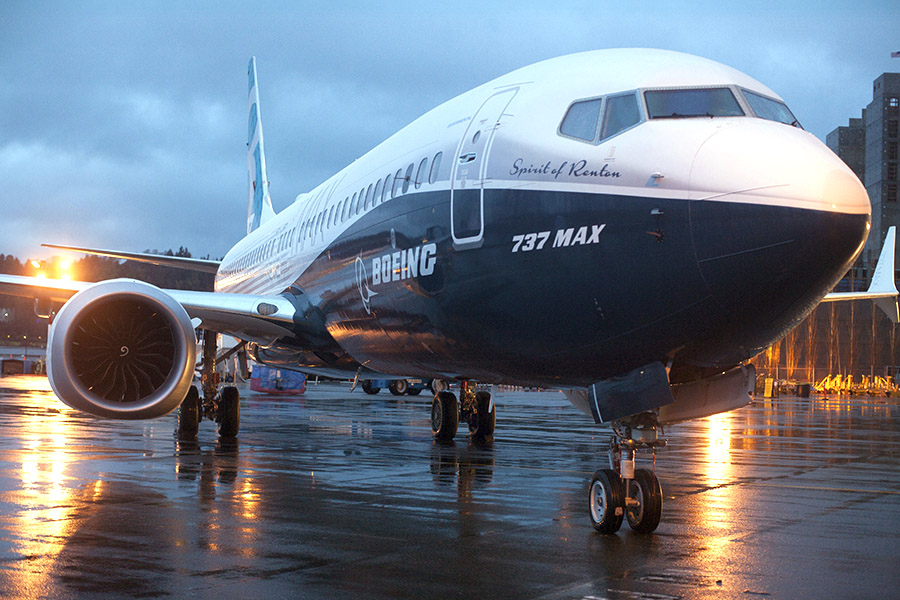 Jet Airways, India’s second largest commercial airline by share of passenger traffic, on Wednesday, informed the Indian bourses of its intent to purchase 75 Boeing 737 MAX aircraft from US-based The Boeing Company. The current list price of the B737 MAX series of aircraft (MAX -7,-8,-9,-10) ranges between $96 million and $129 million, per aircraft.

While Jet Airways’ Amit Agarwal, Deputy CEO and CFO, did not disclose the total purchase cost of these 75 aircraft, the deal with The Boeing Company is likely to be north of $8 billion. According to data submitted to the Indian parliament in December last year, Jet Airways is said to be inducting 81 B737-8 MAX aircraft between 2018 and 2024. The B737-8 MAX sports a price tag of $117.1 million. Shares of the airline were down 1.55 percent over the previous day’s closing price of Rs 613.85 a piece.

According to The Boeing Company, the 737 MAX is the fastest-selling airplane in the company’s history with about 4,300 orders having being placed by 95 customers. In January 2017, India’s budget airline SpiceJet had placed a firm order for 100 B737-8 MAX aircraft.

The B737 MAX family of aircraft builds on the success of the B737 NG (Next-Generation) aircraft series. The Boeing Company claims that with CFM International LEAP-1B engines, Advanced Technology winglets and other improvements, the 737 MAX would deliver “20 percent lower fuel use than the B737 NGs” and deliver “the lowest operating costs in its class – 8 percent per seat less than its nearest competitor.”

In India, however, in the single-aisle aircraft category in which the B737 MAX is positioned, orders for the Airbus 320 Neo aircraft are much higher. Approximately 600 A320 Neo aircraft, which carries a list price of $110.6 million, are to inducted by Indian carries IndiGo and GoAir. IndiGo alone will induct over 400 of these aircraft.