Julie Sweet to run Accenture, adding a woman to the ranks of corporate CEOs

With Sweet's appointment, 27 women will be leading companies in the S&P 500. That figure is up slightly from a year ago, but still means that just slightly more than 5% of the most valuable public companies in the United States are led by women 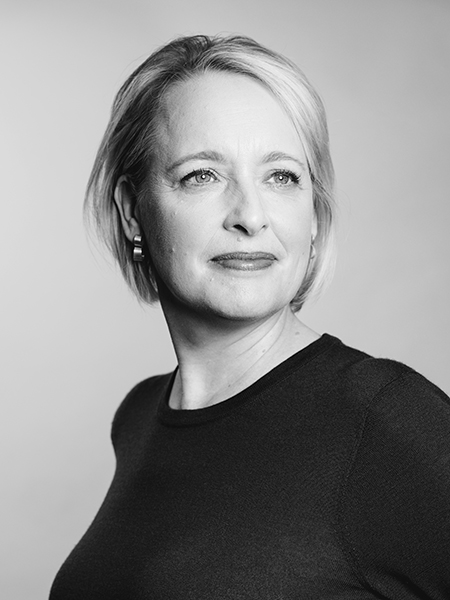 Julie Sweet, who will become the new chief executive of the consulting firm Accenture, in Washington, on Dec. 4, 2018. Sweet's appointment, announced by the firm on Thursday, July 11, 2019, raises the number of women at the helm of the most valuable U.S. public companies to 27, but that is just slightly more than 5 percent of those firms. (Greg Kahn/The New York Times)

Julie Sweet will become the new chief executive of Accenture, the consulting firm announced Thursday, adding another female leader to the senior-most ranks of the corporate world.

With Sweet’s appointment, 27 women will be leading companies in the S&P 500. That figure is up slightly from a year ago, but still means that just slightly more than 5% of the most valuable public companies in the United States are led by women.

Sweet, a former lawyer who is currently Accenture’s head of North America, will bring a measure of stability to the firm, which has been without a permanent leader for most of the year. In January, Pierre Nanterme stepped down as chief executive, citing poor health. Nanterme led the company for eight years, significantly enlarging Accenture’s market value, influence and head count.

Accenture’s chief financial officer at the time, David Rowland, was tapped to serve as interim chief executive while the board conducted a search for a full-time replacement. Nanterme died in January.

“On this day, I am focused on the fact that I am the fifth CEO of Accenture since we became a public company,” Sweet said. “I represent all our employees, which includes over 200,000 women.”

A former lawyer at Cravath, Swaine & Moore, Sweet was recruited to become Accenture’s general counsel in 2010. After five years in that role, she became chief executive for North America, Accenture’s largest market, with annual revenues of $17.8 billion.

Accenture’s work increasingly focuses on helping large corporations adopt new technologies such as artificial intelligence and cloud computing. The firm works with most of the biggest companies in the United States, and Sweet’s clients include Marriott, Halliburton and the Golden State Warriors.

“Julie is the right person to lead Accenture into the future, given her strong command of our business and proven ability to drive results in our largest market,” Rowland said in a statement.

In an effort to expand its offerings and bolster its growing marketing division, Accenture bought the advertising agency Droga5 this year.

Though Accenture has grown rapidly in recent years, the consulting business remains unpredictable. The company has forecast strong full-year earnings, but last month, Accenture reported a 9% drop in quarterly bookings.

Sweet said that was the nature of the consulting business. “Bookings are lumpy quarter to quarter,” she said, noting that Accenture reaffirmed its guidance Thursday.

Sweet, who grew up in Southern California, decided she wanted to be a lawyer in eighth grade. She attended Columbia Law School, then started working at Cravath, one of Wall Street’s most prestigious law firms.

She was only the ninth woman to be named partner at Cravath and developed a strong roster of corporate clients. But when a recruiter called her about the Accenture job, she decided to go for it, in part because her career had become somewhat predictable.

“I could see my future,” she said in an interview with The New York Times this year.

In addition to her duties running the business at Accenture, Sweet has emerged as a leading voice on diversity and inclusion in the workplace. She is pragmatic in her approach to developing more female leaders in the corporate world, and pushes for developing mentorship programs, setting goals and measuring progress to systematically expand the number of women and minorities in senior leadership roles.

Tweets by @forbesindia
Owning her narrative, on and off the track, the Dutee Chand way
How India's hydroponic farmers are building businesses