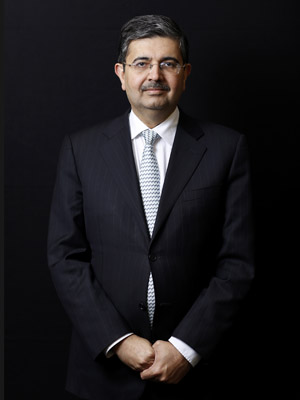 Kotak Mahindra Bank’s announcement to acquire Bangalore-based ING Vysya Bank in an all-stock deal, valuing the smaller bank at $2.4 billion, has some classic trademarks which helped billionaire Uday Kotak enter the big league of banks. The deal has only reinforced Kotak’s vision which had successfully transformed a non-banking finance business into a bank of stature.

Until a week ago, the markets were abuzz with rumours that L&T Finance was keen to acquire ING Vysya Bank. While L&T Finance did not announce its plans, it is believed to have approached the Reserve Bank of India (RBI) for clarifications.

Analysts say there is ambiguity in the rules about whether an NBFC or corporate–which has not been given a banking licence–can get one by acquiring or merging with an existing bank. It may need to reapply for a fresh banking licence for such a deal to go through, analysts said.

A silent ambiguity from the RBI did not help L&T Finance, but aided Kotak Mahindra Bank.

“Uday Kotak is nimble and open to opportunity. When he saw an opportunity, he went for the kill,” says P Phani Sekhar, fund manager with Angel Broking, told Forbes India. “The deal-maker in Uday Kotak is alive.”

The market has given its thumbs up to the deal, with Kotak Mahindra shares up by 6.13 percent at Rs 1,228 on Friday. ING Vysya Bank shares were up by 2.55 percent in afternoon trade at the Bombay Stock Exchange.

India’s banking sector has not seen too many mergers in the private sector in recent times. The previous merger in the private banking space took place in 2010 when India’s largest private lender ICICI Bank acquired Bank of Rajasthan. Prior to that, in 2008, HDFC Bank acquired Centurion Bank of Punjab.

The Kotak-Vysya Bank deal, which was announced after market hours on Thursday evening, will go on to make the merged entity India’s fourth largest private bank [by branch network] with combined assets of Rs 1,60,012 crore and 1,214 branches in all. The entity will have total deposits of Rs 1,12,755 crore and advances of Rs 1,00,506 crore.

The all-stock deal will help bring down the promoter shareholding in Kotak Mahindra Bank to 34 percent from the existing 40 percent. [There is an RBI deadline for Kotak’s promoters to bring down promoter stake to 30 percent by December 2016 and 20 percent by March 2018.]

“This was a golden opportunity for Uday Kotak to bulk up the bank. It was logical and is compatible in terms of branch network. Everything considered, a good fit,” says Pradip P Shah, chairman, IndAsia Fund Advisors.

The Benefits:
Kotak Mahindra Bank will, with this merger, get a strong presence in Southern India, particularly in the states of Karnataka and Andhra Pradesh. Kotak Bank has most of its branches in West and North India. Its strength is in corporate and retail banking while in ING Vysya’s case, it is in small and medium enterprise business (SMEs) operations, which will complement Kotak.

The Challenges:
Analysts say one of the biggest challenges will be the integration of the two entities and different work cultures. Nearly a third of ING Vysya Bank employees are unionised, which may create problems, says Pankaj Agarwal, banking analyst at Ambit Capital.

There could also be cultural challenges considering that Kotak is a modern bank while Vysya comes with an 80-year-old heritage.
Analysts have also warned that the salaries of ING Vysya Bank employees are estimated to be lower than those of Kotak, which might be an issue that will need to be addressed.

Most analysts Forbes India spoke to do not consider this deal to be indicative of a spate of banking mergers or acquisitions waiting to take place. It is more a case of an opportunity which a larger bank saw and took advantage of.

“Banks are going to wait for further directions from the regulator. They are also often caught between the dilemma of aggressively acquiring other banks or consolidating the business they already have,” says Sekhar.

Tweets by @forbesindia
India: From poverty to empowerment
The Joy of Sinning