Markets will consolidate in 2018: Rakesh Jhunjhunwala

Indian equity market, which bottomed out in August 2013, saw a stellar run in 2017 and in 2018 initially, but now it maybe be in for some consolidation, Rakesh Jhunjhunwala, Partner, Rare Enterprises said in an exclusive interview with CNBC-TV18. 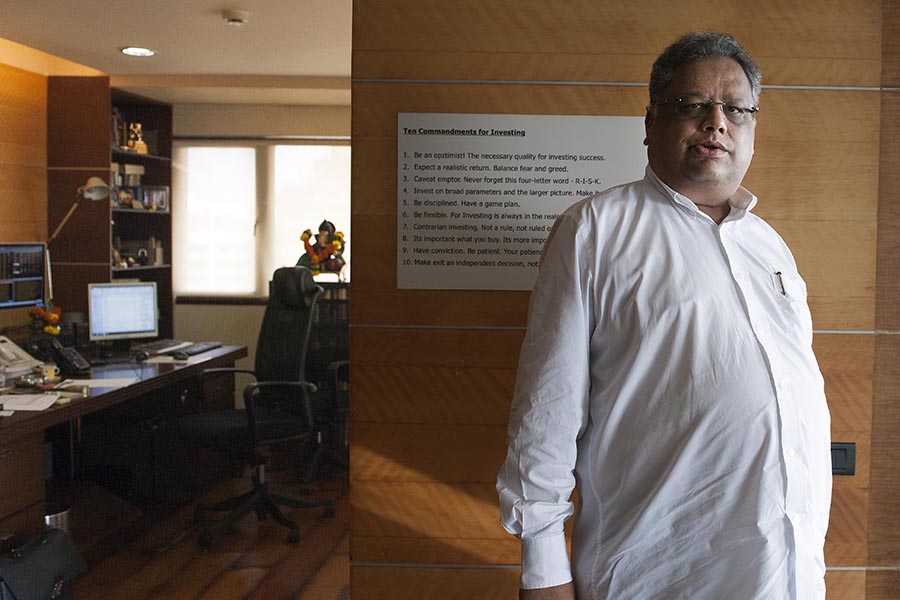 Image: Vikas Khot/Forbes India
Indian equity market, which bottomed out in August 2013, saw a stellar run in 2017 and in 2018 initially, boosting Nifty50 higher to touch 11,000-mark in 2018, but now it maybe be in for some consolidation, Rakesh Jhunjhunwala, Partner, Rare Enterprises said in an exclusive interview with CNBC-TV18.
We witnessed a massive up move in markets and if the market remains in the range of 10,000-11,000 for the next 1 year, I would be very happy, he added.

In his conversation with CNBC-TV18, he said that investors should not get disheartened with the recent correction. Because, the bull market cannot end at the current level of profits-to-GDP. The flow of local money into equity markets has just started and the flow is unlikely to stop anytime soon.

Commenting on political situation and its impact on markets, the big bull said that Modi is the most towering leader of this country and it would be too early to predict the outcome of the 2019 general elections.

According to him, there is no credible leader in the opposition party to take on PM Modi. I am sure that the next government will be a BJP government despite what people feel, he said.

Also, India or market is not dependent on any political party. The anecdotal evidence suggest that market usually finds some reason to rise again. “In 2004, when BJP lost elections, market went to 4,600 and then eventually it went to 25,000. I am not bothered too much about politics,” explains Jhunjhunwala.

Tata Steel
He is extremely bullish on Tata Steel as he sees major rise in EBITDA (earnings before interest, tax, depreciation, and amortisation) if steel prices remain at current levels.

Pharma
"I am pretty sure that worst is behind for pharma sector as generic competition in the US is leveling off," Jhunjhunwala said.

He is positive on the domestic branded pharma businesses. "Indian pharma industry is entering unknown, but exciting space."

Banking
He feels there is an unprecedented growth opportunity in the banking sector. "Once provisioning normalises for banks, earnings & multiples will expand. Banks with legacy problems will show strong growth," he said.

He is extremely bullish on troubled banks. "ICICI Bank carries characteristics of HDFC Bank in terms of CASA. For ICICI Bank, FY19 will see repair & FY20 will be a year of clean growth."

Return on assets and return on equity of private banks with legacy problems will improve in FY19 & FY20, he feels.

Real Estate
He sees great next 2-3 years for the real estate sector. "I don't think real estate prices will increase, but volumes will grow. We are underestimating the positive impact of affordable housing," he said.

Jhunjhunwala has some investments in the real estate sector.

Consumption Space
All the potential growth in consumption stocks is priced in, he said, adding over next 5 years, FMCG returns would be lower than FMCG earnings growth.

Tweets by @forbes_india
Mapbox: In the right direction
How Syska is wiring for a brighter shine