Former spouse Ambiga Subramanian to sell her stake to Rajaram; investors General Atlantic and Sequoia to remain invested in the company 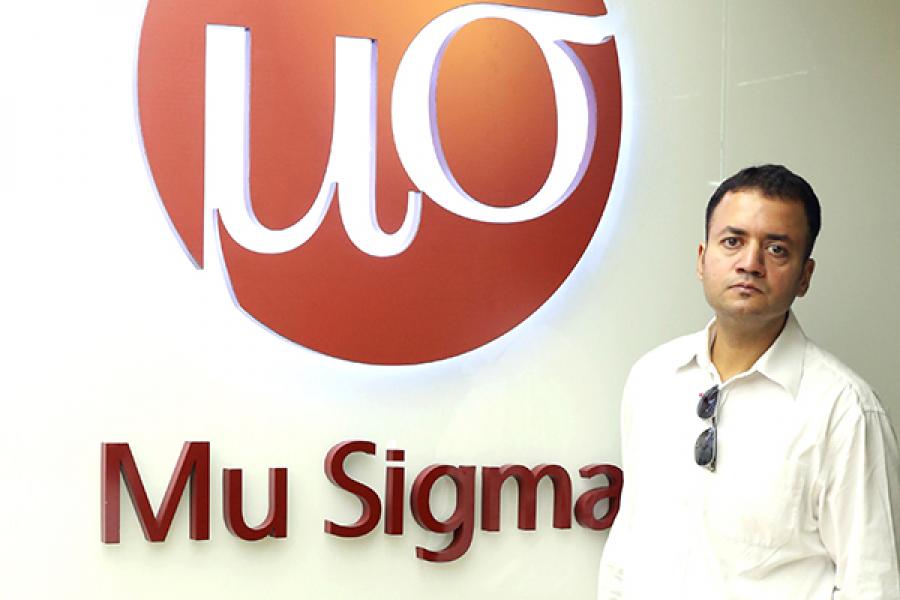 Dhiraj Rajaram, who pioneered the model of delivering big-data analytics to multinational corporations from centres in India, has taken over as the CEO of Mu Sigma, the company he started in 2004. Rajaram took over on September 30, he told reporters in Bengaluru on Tuesday.

Rajaram’s former wife Ambiga Subramanian, until recently the CEO of the company, has agreed to sell her entire stake in the company to Rajaram, which would give the founder control of the US startup that delivers much of its work from Bengaluru. The two divorced earlier this year, causing much speculation over the control and the future of the startup.

Subramanian has a “binding agreement” to sell her stake to Rajaram, he said. The move would allow him, plagued by the personal distractions of what became a fairly public divorce, to move forward and focus on Mu Sigma’s business, he said.

“We are growing at six to eight customers every quarter,” Rajaram said. He expects Mu Sigma to be in the $1 billion revenues mark over the next five to seven years.

“We are in the business of creating the art for better problem solving,” Rajaram said. The company uses its decision science expertice to help retailers better organise their stores, nudge customers to go for that next impulse purchase for instance. Or insurers could use Mu Sigma to crunch sensor-based data on how millions of their customers drive to fine tune related insurance products.

Ambiga Subramanian, who is also a board member of the company, will continue to remain on the board, according to a company statement. She wasn’t present at the press conference. Once Rajaram acquires her shares in Mu Sigma, his stake will rise from about 25 percent to 51.6 percent. Rajaram declined to comment on the terms of the agreement.

“It is time for me to move on from the management team of the company and do something different. I’ve agreed to support Dhiraj’s interest to purchase my shares and get a controlling stake that will allow him to fulfil his vision,” Subramanian said in a statement.