$100 million earmarked towards ramping up TaxiForSure's services in the country 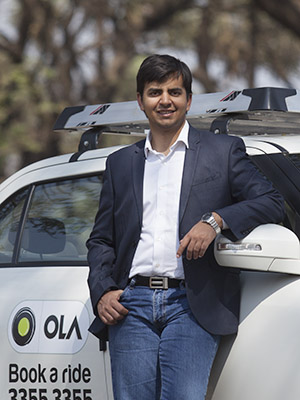 Ola, India’s Uber-style cab service, on Thursday said it has raised $400 million (approximately Rs 2,500 crore) in a fresh round of funding led by Russian billionaire Yuri Milner’s fund DST Global. The new investment is expected to fuel Ola’s expansion into newer geographies and take on the deep-pocked global rival Uber in the highly competitive online cab services market in India.

The current investment is expected to boost Ola’s plan to enter smaller cities across the country. Ola has expanded to 100 cities this year from 10 cities a year ago, offering services across cabs and autorickshaws in selected cities such Bengaluru, Delhi, Chennai and Hyderabad. Ola plans to be in 200 cities by the end of this year. The company has also moved beyond transportation into instant food delivery with OlaCafé, currently available in beta mode across four cities.

“DST Global, GIC and Falcon Edge have been partners in some of the leading internet success stories globally and we are excited about having them on board. With increasing smartphone penetration and immense growth in smaller cities and towns, we will be able to drive the benefits of this on-demand platform deeper into the lives of our customers and partners,” said Bhavish Aggarwal, co-founder and CEO, Ola.

Launched in January 2011 by IIT-Bombay alumni Bhavish Aggarwal and Ankit Bhati, Ola, over the last four years, has managed to address the pain points of the largely unorganised and untapped cab-services market in India.

The Bangalore-based company has a fleet of over 1 lakh vehicles (an aggregated model as opposed to ownership) operating across 100 cities. It is India’s largest aggregator of cabs, taxis and autos.

In a short span, Ola has also managed to convince global investors to park their funds into the venture, which initially started as a Mumbai-centric idea. In 2012, Ola raised an undisclosed amount in Series A funding from US-based Tiger Global Management, one of the world’s largest hedge funds, followed by a Series B from Matrix Partners and Tiger Global in 2013.

Experts feel, despite evolving technology, change in consumer behaviour and rising disposable income among the middle class, the transportation sector in the country hasn’t seen much innovation and disruption in the last few decades, other than online bus-ticketing company redBus.

According to industry watchers, the cab-rental market in India is not yet saturated and that companies need to take the services beyond the top cities. Transport is a compelling need and there is a huge deficit. However, building processes and systems to absorb scale, lack of regulation and policy framework are some of the key concerns for the sector.