Combining their respective wireless businesses is a good idea to build scale, but debt transfer by RCom and Aircel may affect the new entity's financial muscle to grow operations 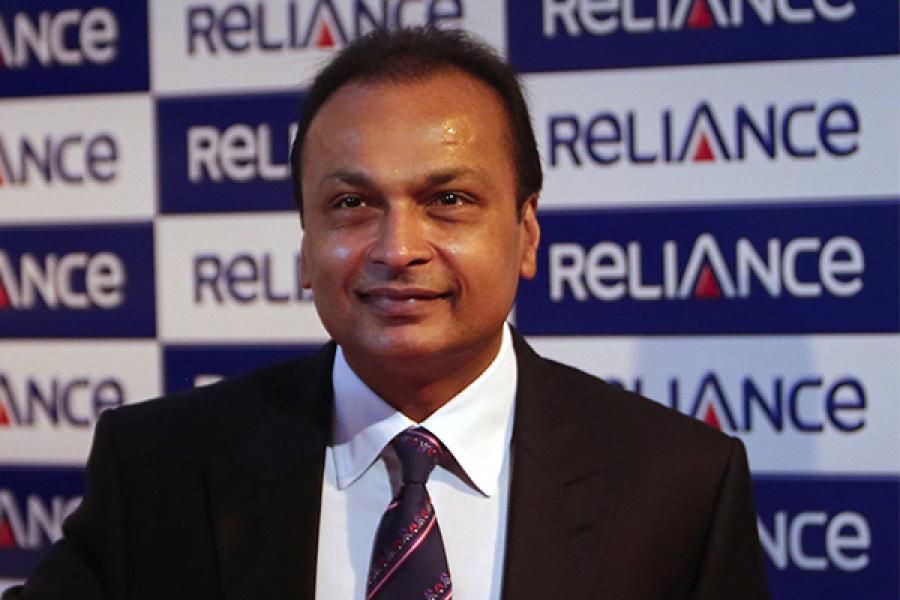 Image: Danish Siddiqui / Reuters
Anil Ambani-led Reliance Communications (RCom) announced on September 14 that it had closed a deal to hive off its Indian wireless services business into a separate entity and integrate it with another incumbent Aircel Ltd’s wireless business

Given the impending turf war in the Indian telecom sector following the launch of Reliance Jio—the Reliance Industries-owned telecom service provider that is offering free voice calls and rock-bottom 4G data tariffs—experts are unanimous that consolidation is the only way for some incumbent telcos, especially those at the bottom of the pack, to survive in the cut-throat Indian market.

Therefore, it hardly came as a surprise when the Anil Ambani-led Reliance Communications (RCom) announced on September 14 that it had closed a deal to hive off its Indian wireless services business into a separate entity and integrate it with another incumbent Aircel Ltd’s wireless business. The announcement wasn’t a surprise, also because it had been in the making for a while.

While aligning their respective wireless businesses will definitely add some muscle strength to the new entity (which is yet unnamed but will soon have a new brand identity), investors remain uncertain whether the plan has enough firepower to upset the apple cart in the world’s fastest growing telecom market.

That may be one of the reasons for RCom’s share prices declining after details of its partnership with Aircel emerged. RCom’s shares closed at Rs 48.20 apiece on BSE on Friday, down 3.21 percent. The benchmark Sensex gained 0.66 percent to close at 28,599.03 points on the same day.

On September 14, RCom and Aircel, promoted by Malaysia’s Maxis Communications Berhad (MCB), said in a statement that the two companies will be hiving off their existing wireless business into a new company, which will be equally owned by the two. Upon completion of the transaction in 2017, RCom’s overall debt is expected to reduce by Rs 20,000 crore, and Aircel’s debt by Rs 4,000 crore, the companies say.


“The combined entity will enjoy substantial benefits of scale driving significant revenue growth, and capex and opex synergies with a net present value of around Rs 20,000 crore,” says an RCom statement. The new telco will be ranked among India’s top four telcos by customer base and revenues, also ranking among the top three operators by revenue in 12 important circles, it added.

The deal also makes the RCom-Aircel partnership the second largest holder of spectrum in the country across 2G, 3G and 4G operations, with extended validity of spectrum till 2035, according to RCom’s statement. The new company also stands to benefit from RCom’s existing spectrum-sharing and intra-circle roaming pacts with Reliance Jio, through which it will be able to offer 4G services to its subscribers.

“Together with our partners, MCB, we are delighted to have taken the lead in the consolidation of the Indian telecom sector, first, with RCom’s acquisition of the wireless business of Sistema Shyam Teleservices Ltd (Sistema / MTS), and now, with the combination of our business with Aircel, in a 50:50 joint venture with MCB,” Reliance Group chairman Anil Ambani said in a statement. “We expect this combination to create substantial long-term value for shareholders of both RCom and MCB, given the benefits of the wide-ranging spectrum portfolio and significant revenue and cost synergies.”

Though RCom and Aircel stated that the new entity will have assets worth Rs 65,000 crore and a net worth of Rs 35,000 crore, it didn’t mention how much equity the shareholders will bring into the company individually. All it says is: “On consummation of the merger, RCOM and MCB are committed to additional equity infusion into the merged company to further strengthen the balance sheet, fund future growth plans and enhance financial flexibility. Both parties are already in talks with leading international investors in this regard.”

Subsequently, RCom’s management said during a call with analysts on September 15, that in addition to the combined debt of Rs 28,000 crore they would be transferring into the new company, a liability to the tune of Rs 7,000 crore, on account of deferred spectrum payments, will also be absorbed by the new company.

According to an IDFC Securities report dated September 14, the combined entity will have a revenue market share of 11.3 percent and subscriber market share of 15.4 percent upon consummation of the deal. Furthermore, the new entity will hold around 448 MHz of spectrum and have an Ebitda (earnings before interest, tax, depreciation and amortisation) between Rs 4,600 crore and Rs 6,000 crore, the report says.

The new entity will be run by an independent management team, with RCom and Aircel as passive investors.

“The deal generates scale for both RCom and Aircel to compete effectively with larger players,” the IDFC report states. “However, sub-optimal quality of subscribers, skewed operations with limited share in fast growing category A and B circles, complexities of three-way merger, establishment of a new brand and debt burden would remain challenges for the merged entity. We believe the top three players will continue to focus on building data network and competing with Reliance Jio under new voice-free pricing regime.”

Based on their reported numbers, the RCom-Aircel combine is likely to have average revenues per user of around Rs 100, says the IDFC report. Also, if the Ebitda and debt numbers for the new entity, as estimated by analysts, are accurate, it will imply a Debt-to-Ebitda ratio of over five, making the new company significantly leveraged.

“We believe this is the right step from RCom and Aircel, but the merged entity could still have limited bandwidth to sustainably invest in business,” the IDFC report says. If a player like RCom-Aircel has to efficiently compete with other incumbents in the market as well new entrants like Reliance Jio it will have to substantially invest in upgrading its existing network infrastructure, as well as, expanding operations into new regions. But a leveraged balance sheet may not give it the financial leeway to do so.

Even though RCom will be hiving off a substantial portion of debt to the new entity, the borrowings will still show up in the parent company’s consolidated books, by virtue of its 50 percent shareholding in the new telco.

The real game-changer for RCom as far as its plans of debt reduction are concerned will be a successful sale of its tower assets, which has been in the pipeline for a few years but hasn’t materialised yet.

(Disclaimer: Reliance Industries is the owner of Network 18, publisher of Forbes India)

Tweets by @forbes_india
Ten interesting things that we read this week
As competition heats up, Intex's Bansals make some clever calls