Responsibility has become a huge focus for YouTube: Susan Wojcicki

The YouTube CEO spoke exclusively to digital content creator Prajakta Koli on her channel, about the platform's future plans and why India is an important market 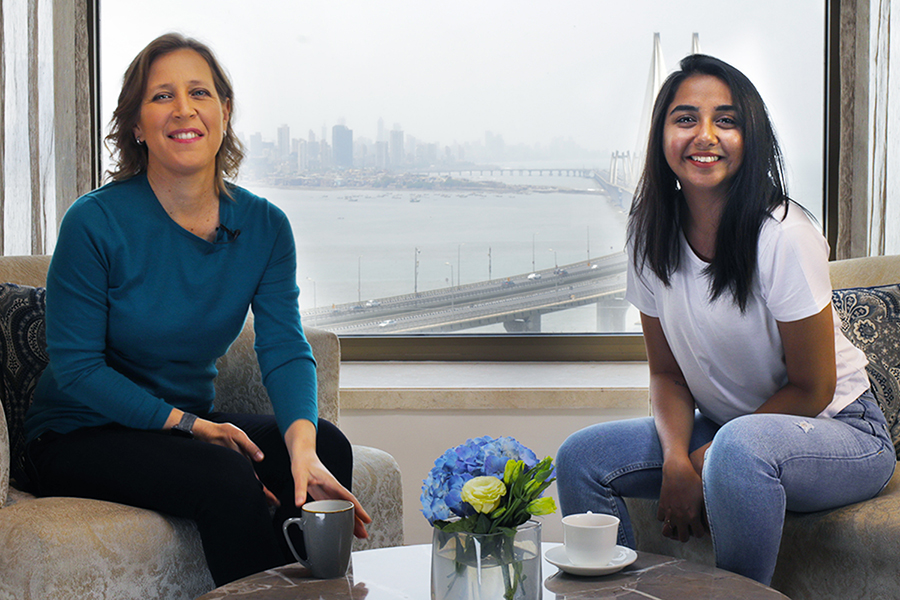 YouTube CEO Susan Wojcicki, 50, fondly recalls the time she came to India after her graduation and travelled across the length and breadth of the country. At just 22, she took Air India’s $200 all-you-can-fly-pass for foreigners and experienced first-hand the multiculturalism in cities such as Agra, Varanasi and Goa, in the two weeks that she was here. “I developed such a deep appreciation of the culture here,” Wojcicki tells Prajakta Koli, during a collaboration with the digital creator on her YouTube channel, MostlySane.

Wojcicki was in India to attend the launch of YouTube Music as well as their annual event, Brandcast, last week. In an exclusive tête-à-tête for Koli’s #RealTalkTuesday series, she spoke about YouTube and its influence in India. “India has the most number of users—265 million monthly users—and the number is growing fast. We expect to have 40 million new users coming online every year,” she says.

In the future, the platform intends to support new creators and build fresh content. Wojcicki says India is churning out content in different (regional) languages, which is picking up well. “We like that this is an interactive platform between the creators and viewers,” she says. YouTube Music, too, has been well-received, with more than 3 million downloads in the first week.

The Polish-American CEO is not new to supporting fresh endeavours and budding talent. In fact, her apartment garage was the Google headquarters almost 20 years ago. And Wojcicki was the one who insisted that Google acquire YouTube. But she is aware of the responsibility that comes along with this profile, especially in the age of fake news and misinformation. “Responsibility has been a huge focus for YouTube,” she says.

On a lighter note, she says she enjoys consuming videos of yoga, cooking and comedy shows in her free time.

Koli is delighted to have interacted with Wojcicki. “My favourite part of my job is that I get to have conversations with such amazing, inspiring people and Susan tops the list! She is warm, funny, humble and welcoming. We had chai and spoke about the platform before we began shooting the episode. It was a fulfilling and satisfying conversation,” says Koli, who was featured on the 2019 Forbes India 30 Under 30 List.

One Digital Entertainment’s homegrown talent, Koli’s MostlySane channel has more than 3.6 million subscribers. She has collaborated with the likes of actors Vicky Kaushal, Kareena Kapoor Khan and Nawazuddin Siddiqui of late. In 2018, she was one of four YouTubers worldwide and the only Indian whose song was screened at the UN headquarters. Condemning hate speech, ‘No Offence’ has garnered more than 11 million views so far.