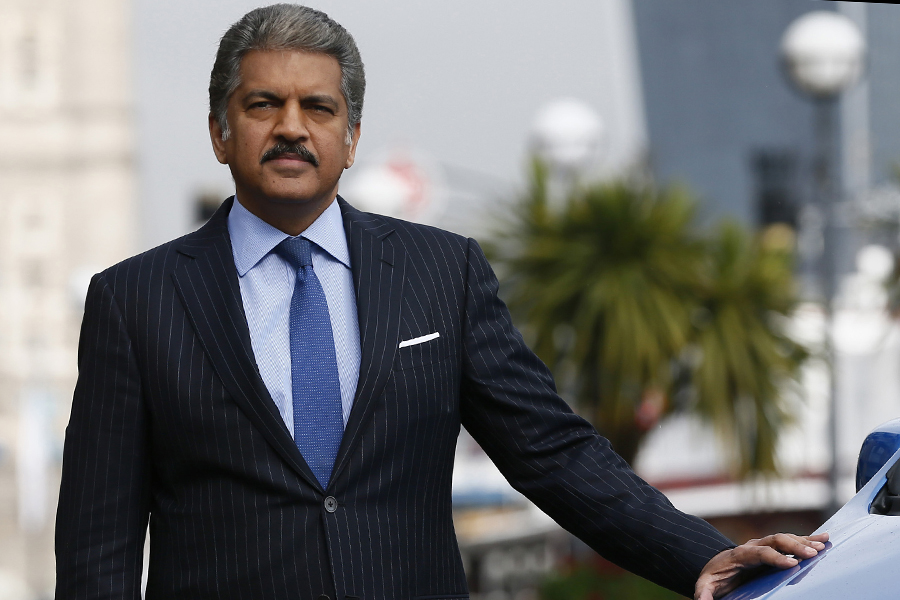 Image by: Stefan Wermuth​ /  Reuters
Tesla has proved that all-electric cars are a reality, and the California-based company has become a force to reckon with in a short period of time. The $18-billion Mahindra Group's chairman Anand Mahindra also sees an opportunity in powertrain electrification.

"It levels the playing field for a challenger brand like us," he says. So naturally, he welcomed the Indian government's ambition to shift all the cars sold in India to electric vehicles by 2030.

Mahindra spoke to Forbes India at the New York City ePrix, in Brooklyn. ePrix is a race in Formula E championship, approved by the Federation Internationale de l'Automobile (FIA) which uses all-electric vehicles. Here, Mahindra Group's racing team competes with the best in the world of electronic technology. Mahindra spoke to us about future transformations, the opportunity they offer, and what the Mahindra Group is doing to grab it. Edited excerpts:

Q. You have a global aspiration for M&M. With tractors you have started the process with strong exports and good presence in advanced markets like the US. What about SUVs?
A: In SUVs too, we have been steadily going global, especially in the small niche markets. Let us start with our neighbouring countries--what we call India-like markets. We have been making dramatic progress in the last few years across our portfolio. I would argue that Mahindra is a well-known brand in Sri Lanka and we have been making very good progress in Nepal too. But the problem with both these markets is that they are volatile in terms of policies which at times, tend to disrupt their economy. I also see great potential in Bangladesh, which is an enormous market and similar to India. We have found a partner there who has set up an assembly facility. I see huge opportunity in the neighbouring markets which are getting a critical mass now.

Q. What about other markets?
A: South Africa is also proving to be a good destination. Our latest products--the TUV300 and the KUV100 are well-received there. We are going to start selling our heavy commercial vehicles there too. However, the rest of Africa hasn't reached a point yet where there would be predictable visibility on exports. Nigeria was doing well but lower oil prices took the economy down. We have created a separate headquarter for Africa, and I see a lot of traction coming from there overtime.

In Latin America, Chile, of all the places, has turned out to be very interesting for us. I constantly get pictures of the Scorpio and other Mahindra products in Chile through social media. In Europe, interestingly, our new petrol engine range--gasoline and automatic--is doing well, though the numbers are still small. We think we can do well there going forward, with our growing portfolio of products.

Q. Do you see electrification of the powertrain as an opportunity to leapfrog older and well-established Mahindra brands across the world?
A: Absolutely. As the world turns electric, it levels the playing field for challenger brands like us. Tesla was not known a few years ago but today it has become a household name. Why can't one think of Mahindra making a major headway into becoming a global brand, taking advantage of this change? Look at what we are doing with Mahindra Racing's Formula E team. It is a live laboratory. The divide between a normal car and a Formula 1 car is wide but that is not the case between an electric car and a Formula E car. Everybody in the world [carmakers] is coming here [to participate in Formula E] because it is a laboratory. By being here, the ecosystem of cutting-edge technology, like the developers of electric powertrains now know us. We have visibility amongst the best in class thanks to our participation and success in Formula E. In a way, we have a front row seat to the technology change.

Q. The Government of India has ambitiously proposed a plan to shift to electric cars by 2030, How feasible is that?
A: It is a welcome move. I can't tell you if it will happen by 2030. It could happen earlier too, considering the sort of disruption that is happening. It is aspirational for sure. In India, we suffer from poverty of aspiration and I am delighted that the government is setting stretch goals. That one statement from the government has attracted the entire electric vehicle ecosystem into the country. Sometimes it's better not question the practicality of it. This is a desirable and feasible goal for India. The spectre of 1.2 billion people having their own [fossil fuel-powered] cars is a nightmare.

Q. This will require policy support...
A: We will need transitional support. There's shouldn't be a situation where the government has to give subsidy forever. In China, the government subsidises up to 60 percent of the price of an electric car. How long can that continue? This has meant that players who should not survive are surviving. Only when the government withdraws the subsidy gradually, will the best-in-class survive. I am not looking at that kind of support.

Instead, the government should support with a subsidy that declines over time till the price of batteries falls and the sticker price drops. That will be good for the industry as we will know that the subsidy vanishes at the end of a particular time frame, and we have to be ready before that. That is the kind of support I want.

Q. Autonomous vehicles could be another area of opportunity for you, both with tractors and SUVs. Where are you on that front?
A: Two years ago at our annual general meeting, I had said that the first vehicle to go autonomous will be the tractor. We are leaders in that segment and intend to lead the game. Tractors have no issues such as traffic; they just need to go in a straight line. Along with a group company in Japan, we are working to be in the forefront of autonomous tractors. I'd then said [at the AGM] that the second vehicle to go autonomous will be the trucks, not necessarily in India but in countries that have well-defined roads with separate truck tracks. As I look at it, autonomous vehicles will come in [the form of] tractors, then trucks and then cars.

Q. A sharing economy is your other challenge. How is M&M preparing for it?
A: If we have to survive, we have to think disruptively. We should not only think of ourselves as makers of vehicles but also as providers of solutions. We are going to invest in shared technology, either through partners or incubate some of our own. I don't think there will one dominant player in the ridesharing industry, like say a Facebook or Google. We have made some investments like, in Scoot Networks in the US and we will grow with them. We are also doing some good work with GenZe.

Tweets by @forbesindia
GST: A critical reform that will drive economic growth
Mutating mobile market: How long can Oppo and Vivo breathe easy?